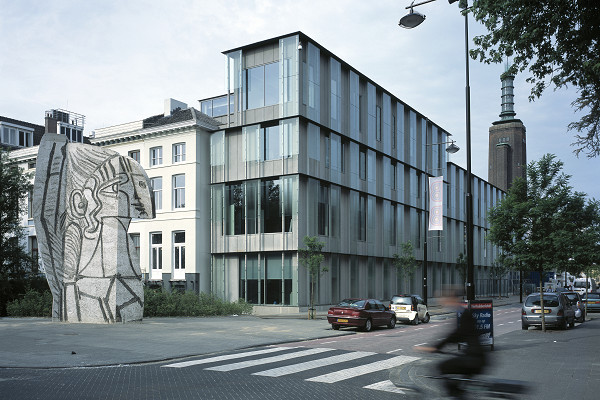 The Boijmans Van Beuningen Museum in Rotterdam is a complex amalgam of sections all built at different times. The extension by Robbrecht en Daem makes the museum into a single entity again. Green-tinted glass sheets introduce a rhythm into the façade that looks austere and elegant, but its layering also gives a hint of the complexity of the building. Inside, there is a striking link between Adrianus Van der Steur’s 1935 brick building and the new one: old and new interlock without any brusque movements and turn the museum into a building that is both coherent and flexible.
The commission from then Museum director Chris Dercon for the Museum Boijmans Van Beuningen in Rotterdam was to clarify a succession of new wings and extensions which had made the institution difficult for its audience to negotiate. This involved clarifying circulation and incorporating both new spaces for collections, alongside the introduction of much needed educational and commercial facilities, which would prepare the museum for the 21st Century. These included a library, bookshop, shop and restaurant which were located within a new street front extension, alongside a new central foyer
The extension to the museum forms a new frontage to the road running through Rotterdam’s Museumpark. Its volume and expression have to mediate between the monumental, classical expression of the existing buildings and the terrace of large villas, which it closes. The stepped profile of the building at this point forms an appropriate corner, engaging with the domestic scale of its immediate neighbours while also introducing the larger scale of the museum complex beyond.
Tags
Urban Art Heritage Museum Extension Masters Natural Daylight Historical City
Client
Museum Boijmans Van Beuningen, Gemeente Rotterdam
Architects
Robbrecht en Daem architecten
Program
interventions in the existing museum building and extensions with a new wing with exhibition halls, a library, offices and a storage space
Location
Rotterdam, The Netherlands
Date
1997–2003
Status
Completed
Floor Area
5.000 m2
Team
Paul Robbrecht, Hilde Daem, Kristoffel Boghaert, Gilberte Claes, Francesca de Fonseca, Sofie Delaere, Brigitte D'hoore, Cathérine Fierens, Shin Hagiwara, Hugo Vanneste
Project Manager
PKB bouwadviseurs
Structural Engineering
Corsmit
Services Engineering
Huisman & Van Muijen
Infrastructural Engineering
Dorsserblessgraaf 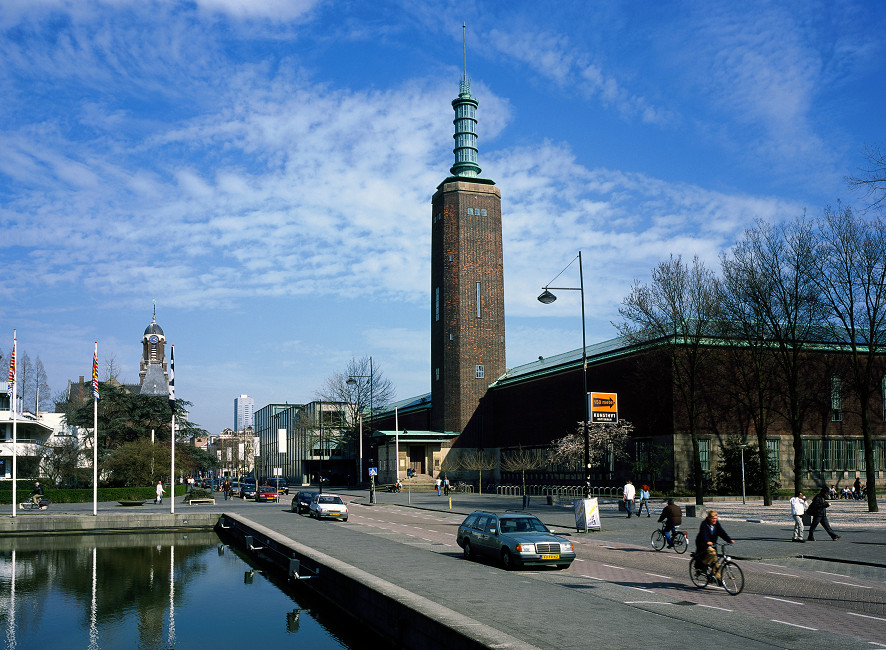 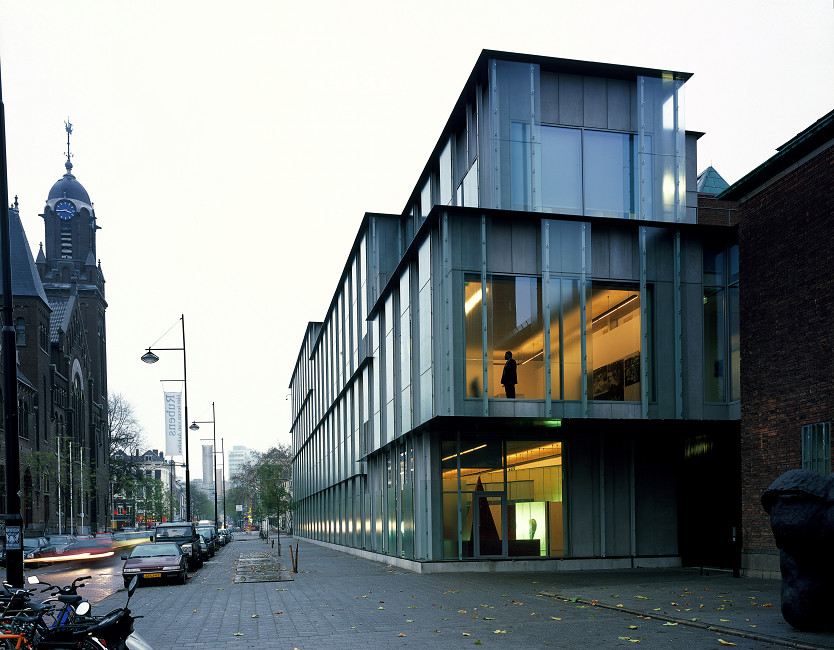 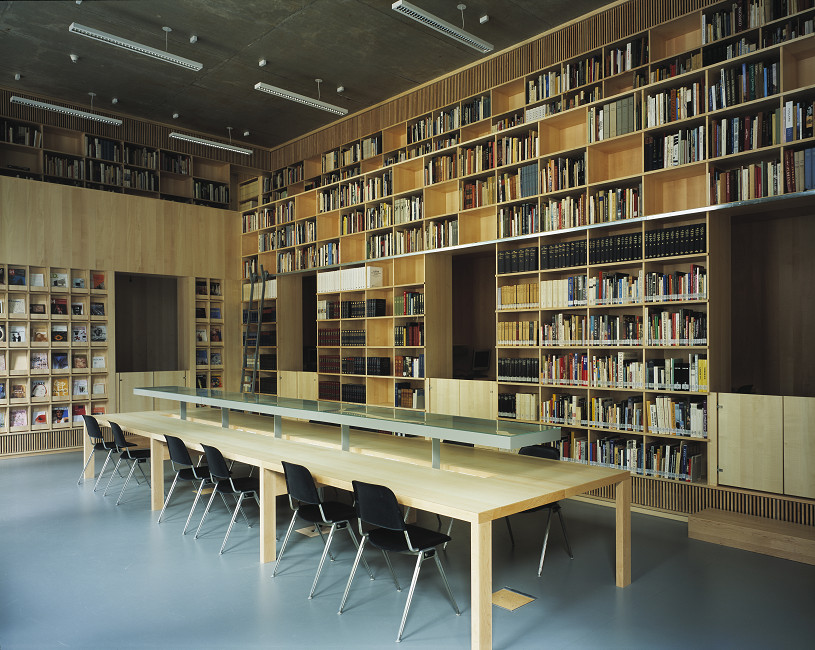 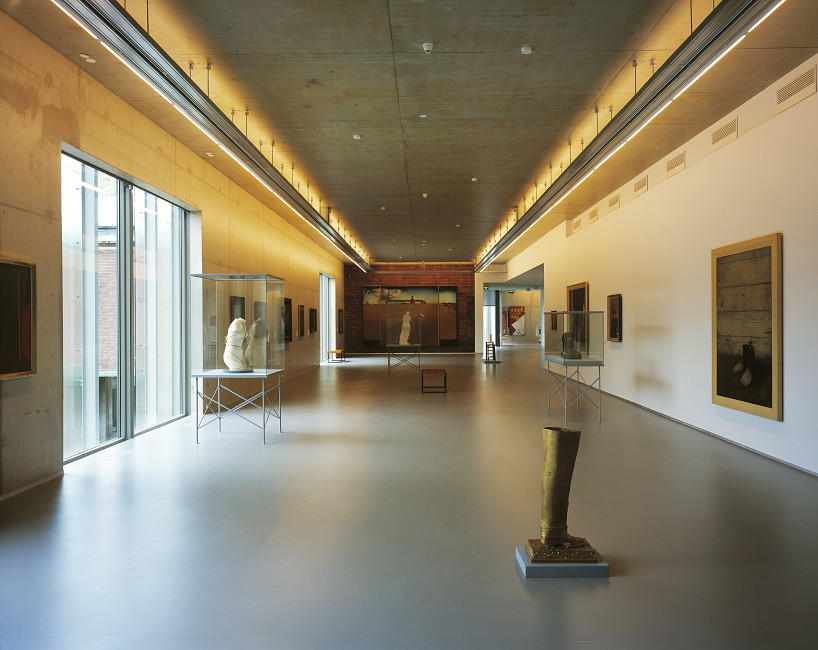 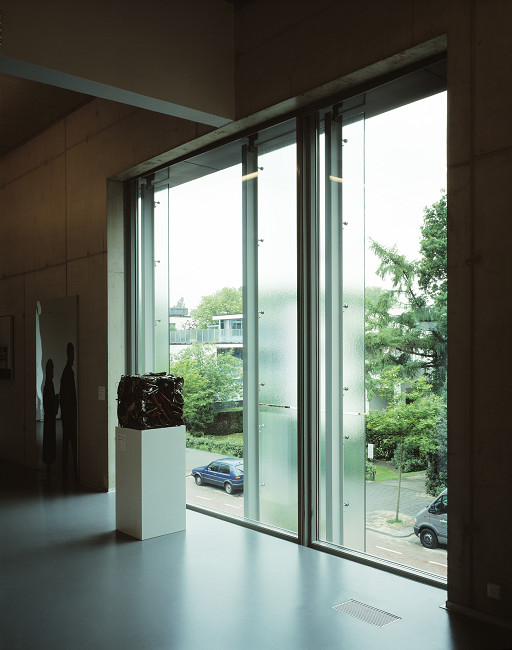 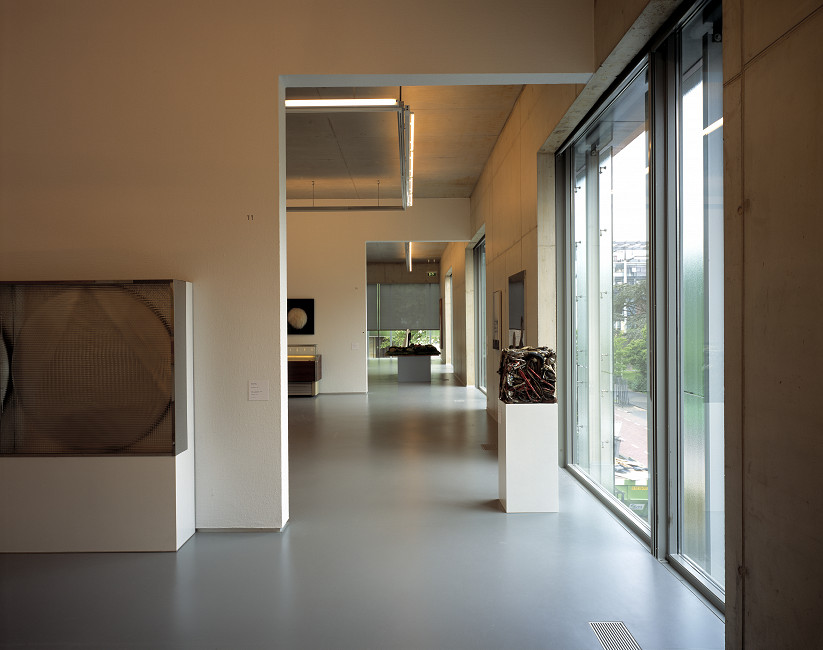 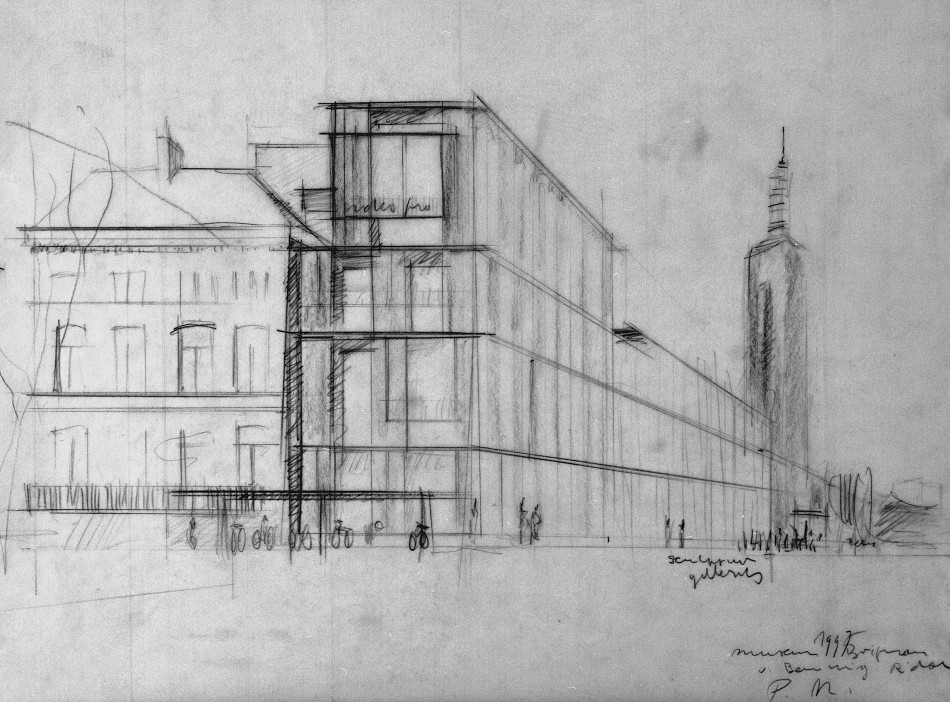 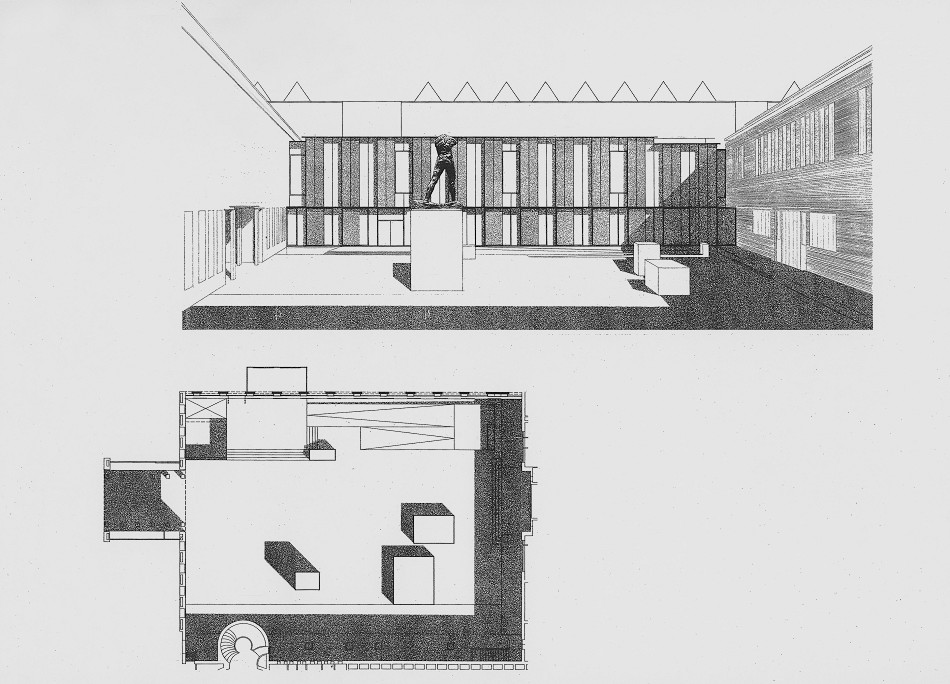 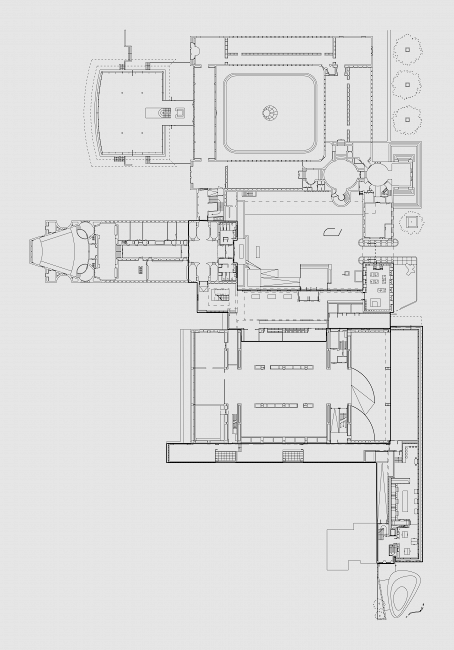 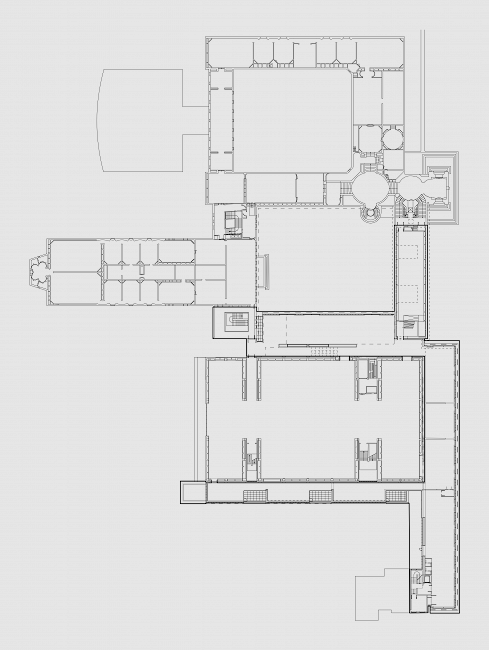 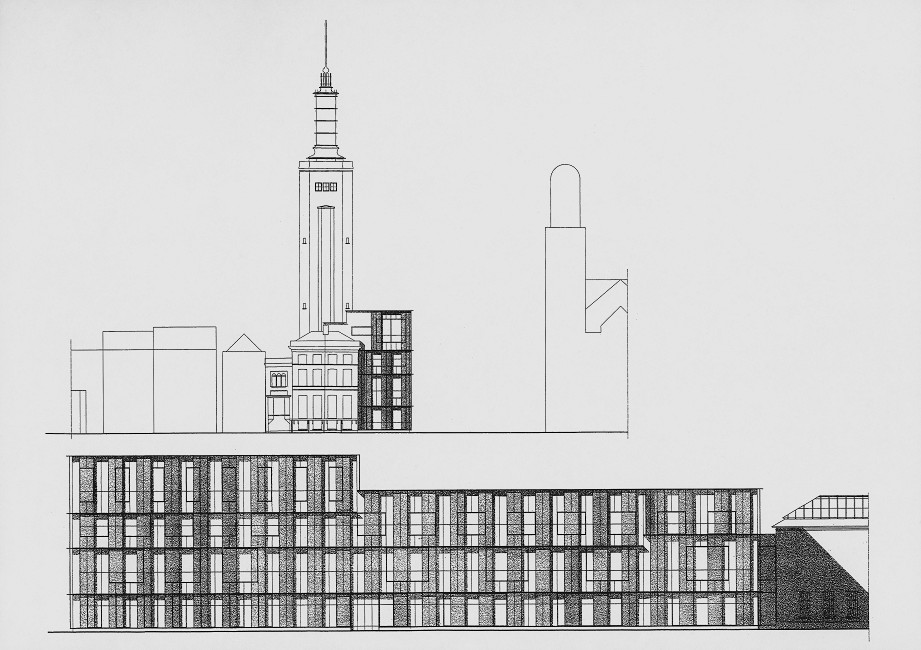 BeursBourse
Brussels, Belgium
2015–…
The Beurs is both the actual and symbolic centre of Brussels. The building lies between the monumental boulevards and the maze of medieval streets surrounding the Grote Markt. Although it is a meeting point of both joy and sorrow, its doors remain closed to the public. The conversion project opens up all the facades of the building and provides free public access via a gallery. The hall of the Bourse is restored to its historical state and the... Read more
Raoul De Keyser: De Dingen Die Ik Zie
Brussels, Belgium
2010–2011
Raoul De Keyser’s oeuvre is permeated by an original, internal and inherently spatial constellation. De Keyser’s paintings do not fit within the Renaissance idiom of a window upon an illusory perspective. The paintings shift, glide, oscillate, overlap and, at times, they also fall. Even when they do in fact suggest an architectonic space, a cabinet for example, there is a certain spatial friction. It is precisely this extremely controlled... Read more
Documenta IX, Aue Pavilions
Kassel, Germany
1992
The Aue pavilions were temporarily built for the hundred days of Documenta IX in Kassel and formed one of the components housing the contemporary art exhibitions. Visited by six hundred thousand people, the pavilions showcased the work of twenty-eight artists. The Building was situated in the extensive baroque park of Friedrichs' Aue's. This park lies sixteen metres below the nearby Friedrichsplatz from where one could look down on the pavilions... Read more
Lokremise - Sammlung Hauser & Wirth
Sankt Gallen, Switzerland
1999–2000
The design of the locomotive depot for the collectors Hauser & Wirth is the result of Robbrecht en Daem’s longterm association with artists and artworks. The Lokremise, or Lok depot, was not initially conceived as a museum, but as a collection display. The architecture was imagined in relation to the artworks. From the start, therefore, Paul McCarthy’s toppled studio, known as “The Box”, was included in the project and the architecture was... Read more
Het Huis
Antwerp, Belgium
2010–2012
On top of a polished concrete base raised slightly off the ground, a light, gleaming, green-painted steel construction unfolds to form a shelter to protect delicate works of art. The diagonal lines of passage through this new pavilion interweave Middelheim Park with the Hortifloria Garden, a recent extension of this well-known Antwerp sculpture park. Four vertical recesses provide the entrances to the pavilion, divide the space into four and... Read more
Close
Filter by type
Filter by status
Filter by category
Filter by tag