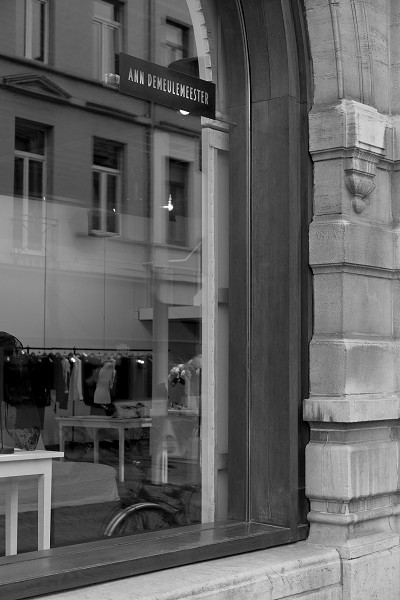 Ann Demeulemeester’s flagship store is in a corner building on Leopold De Waelplaats in Antwerp – the square to which the fashion designer contributed with a circular bench. The building is part of a prestigious row of houses and looks like an upper-middle-class house, but was designed and is used as a workshop. During the redesign, the ground floor was cleared, although the workplace character was preserved: the rough wooden floors, the iron pillars, etc.
An open staircase leads to the first floor, which is equally large and open. The architects’ intervention is, so far, very safe and minimal: they made the room clean and free. The other functions – service entrance, office and storage - have been pushed to the furthest corner of the building, around the old light shaft. The forgotten and unusable rear side of the corner building has been converted into a small patio that functions as a cosy centre for the service areas and changing rooms: two changing rooms on the ground floor, office and storage space on the intermediate floor, and two changing rooms on the top floor. Each of the spaces is closed off on the shop side, but they all give out on the patio. In the changing rooms especially, which are unusually large and let in light quite subtly, intimacy is created along with a sense of openness. These chambres séparées – their size, bright- ness, whiteness and modesty – are so beautiful that one involuntarily remains standing on the threshold, simply to contemplate them.
The same subtlety characterises the renovated downstairs windows and the main door. The inner walls of the shop have not been plastered over or painted, but covered with large uneven panels of canvas. That only becomes clear, and meaningful, when we look into the shop from the street. The new wooden windows with their semicircular upper half have the size and shape of the altarpieces that are preserved on the opposite side, in the Museum of Fine Arts. When one looks into the shop through these ‘paintings’, one sees the edges and the rear sides of the wall panels, which sometimes corbel nonchalantly, so that one sees the edges and the nails with which the canvases were stretched. The window becomes a painting that has been opened, or a painting of which the canvas has been turned away. The shop is – almost literally – a ‘pictorial space’. The perfection lies here – and in the shop as a whole – not in the details, or in the mastery of the material execution, but in the precision and care with which the design releases meaning and experience.
Text by Bart Verschaffel - Original Publication: Bart Verschaffel, “Architectuur voor de stad: Robbrecht en Daem in Antwerpen”, in Cultureel Jaarboek Antwerpen (Antwerp, 1999), pp. 48–9.
Tags
Urban Interior Collaboration
Client
Ann Demeulemeester
Architects
Robbrecht en Daem architecten
Program
Flaship store Ann Demeulemeester
Location
Antwerp, Belgium
Date
2000–2012
Status
Completed
Floor Surface
615 m2
Team
Paul Robbrecht, Hilde Daem, Asli Çiçek, Brigitte D’hoore, Lara Kinds
Structural Engineering
BAS (Dirk Jaspaert) 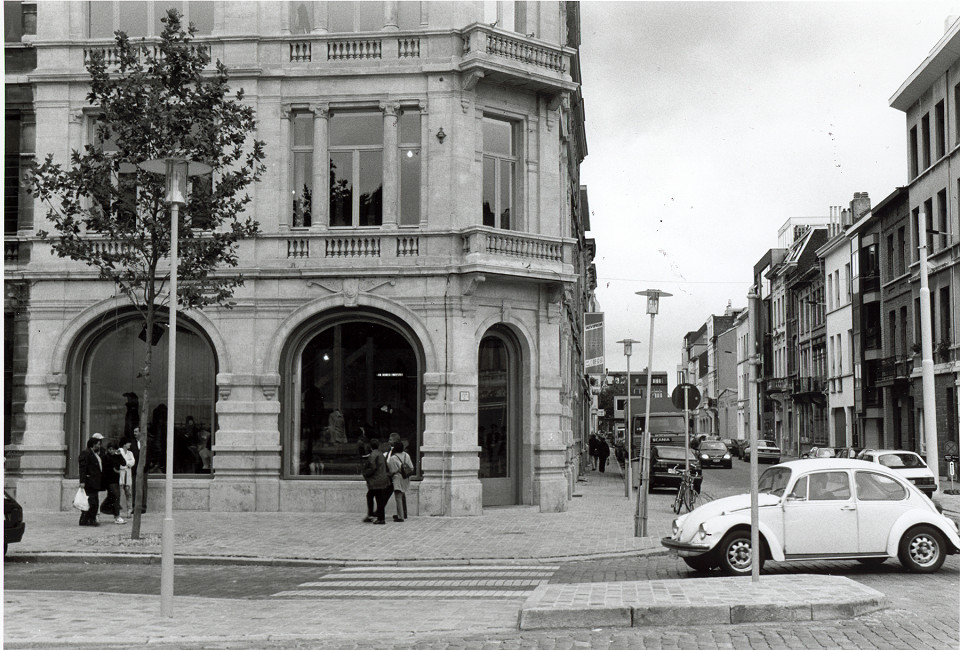 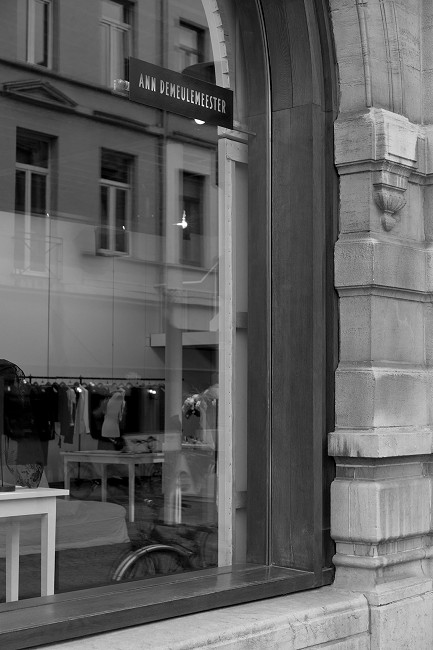 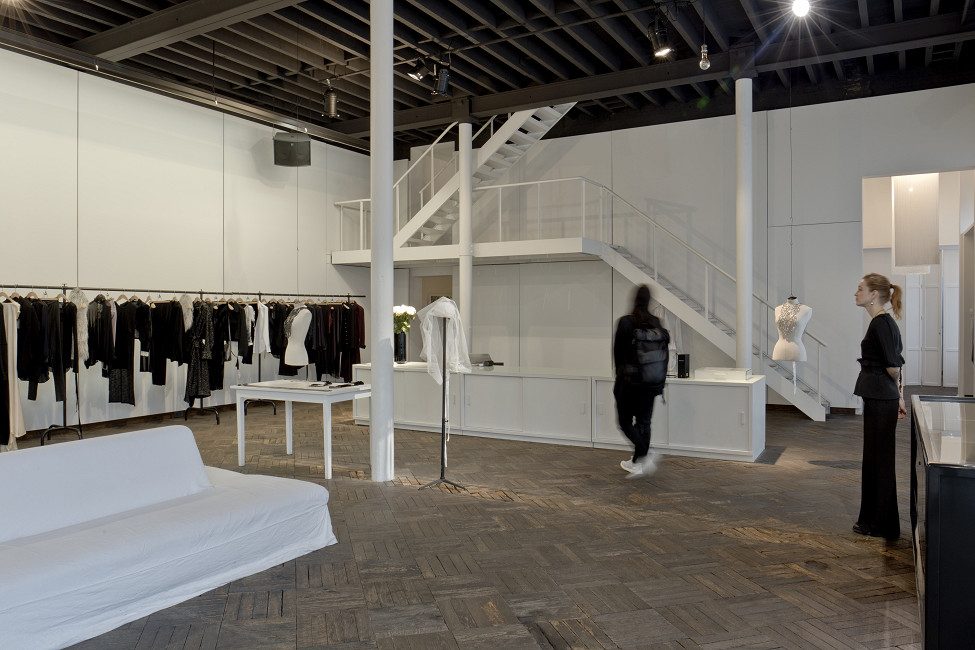 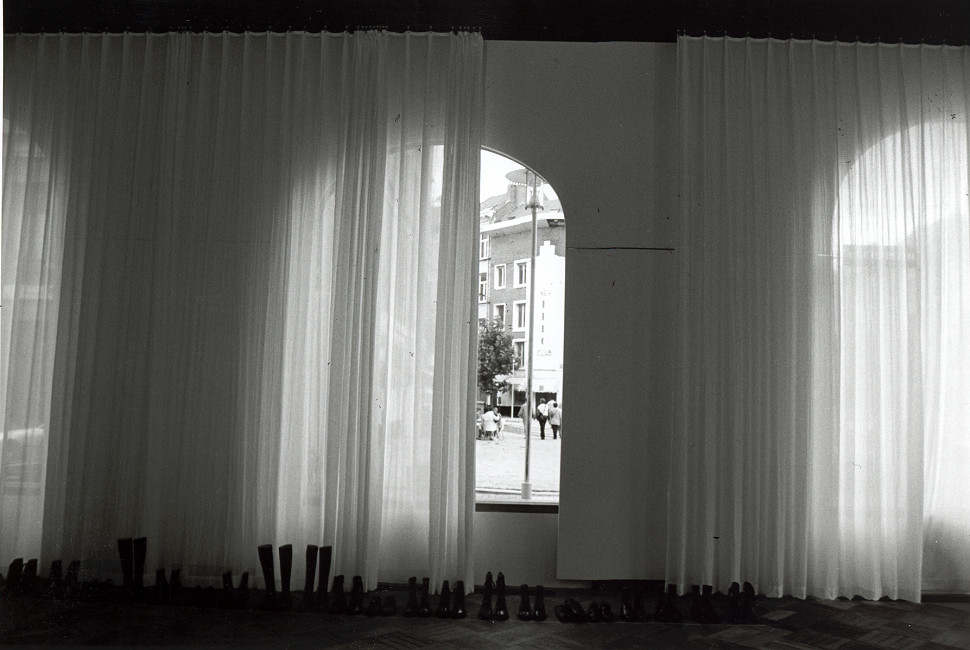 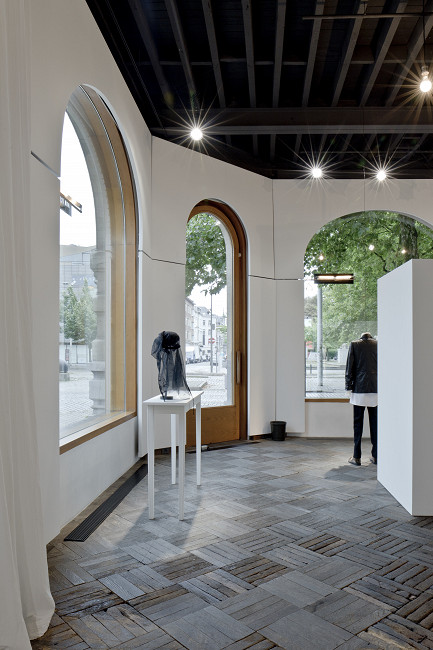 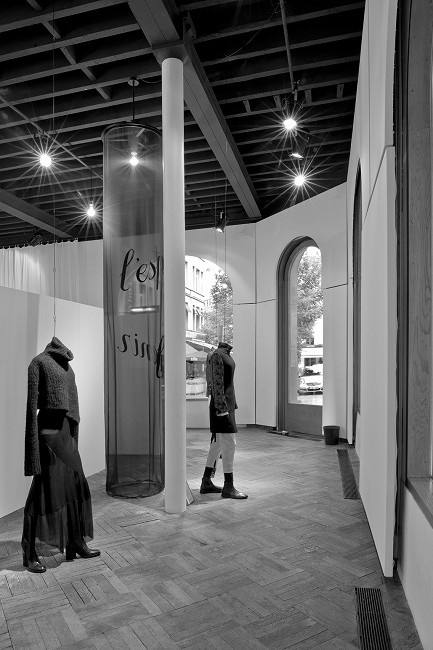 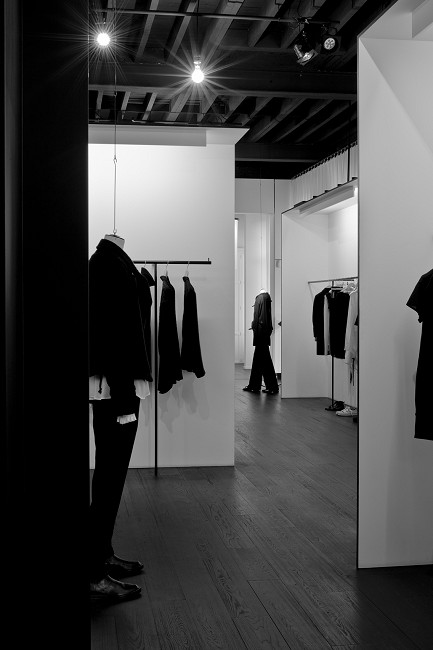 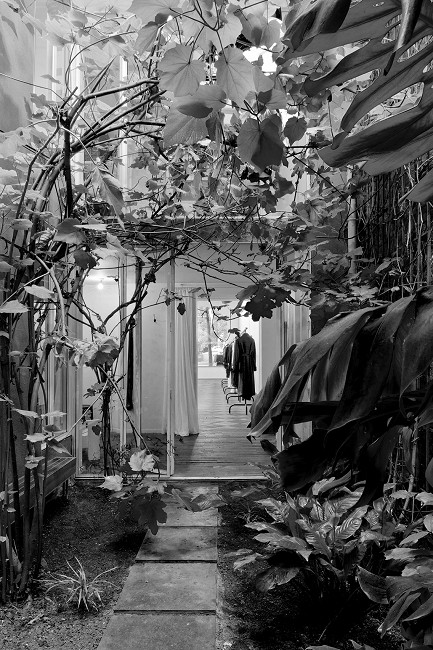 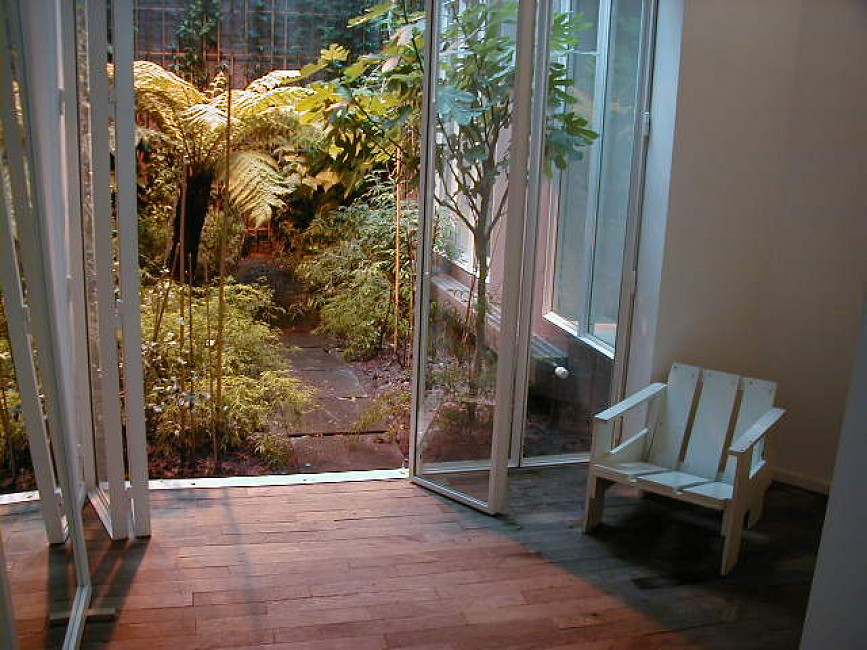 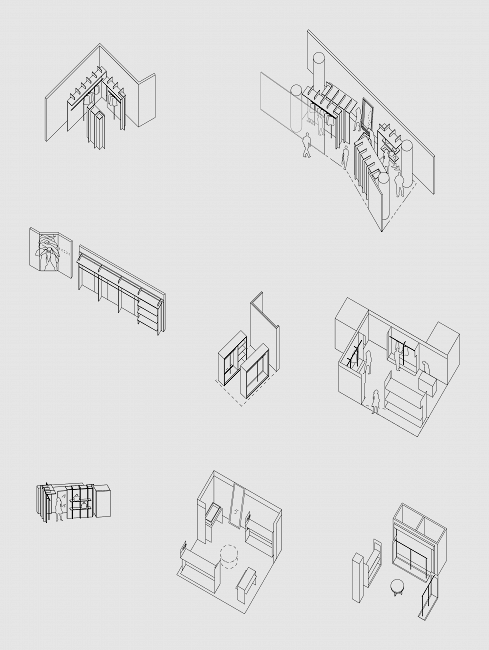 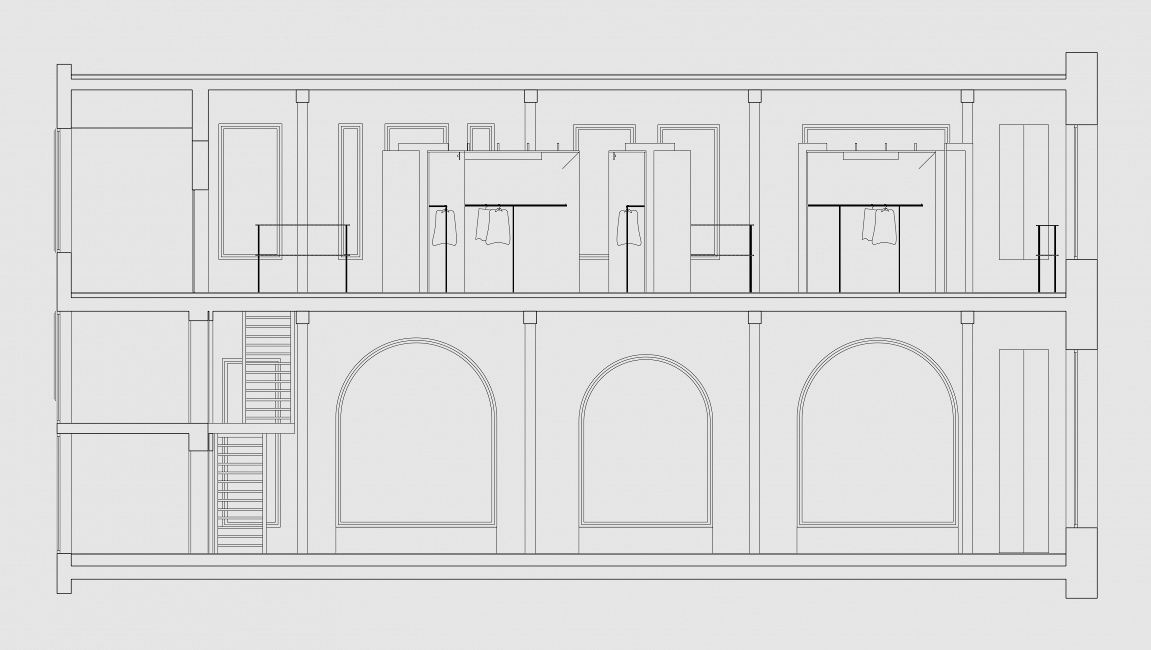 Sports Tower
Brussels, Belgium
2021
On the banks of the channel running through Brussels, this layered project combines a gymnasium, 16m high indoor &amp; outdoor climbing facilities , a multipurpose sports hall and padel fields on top. The aim of the design is to inscribe itself in the specific context and thus increase the cohesion of the canal area, strengthen its identity and give extra quality to the public and open spaces. A public balcony, a kiosk, a viewpoint and cafétaria... Read more
3 Fonteinen
Lot, Belgium
2017–…
3 Fonteinen is a traditional lambic and gueuze brewery with a long history dating back to 1887. It is known for its adherence to heritage, honest production methods and the place it has held for years in the top 50 best breweries in the world.Today, the brewery is located 'on top of the mountain' in the village centre of Beersel, while the wooden casks are located 'down below' in Lot, next to the Senne. It is in this latter location that 3... Read more
Winge Golf and Country Club
Tielt-Winge, Belgium
2011–2014
In the new clubhouse for the Winge Golf and Country Club, the relationship between inside and outside is crucial, as is the merging of the functional and the scenic. The white building envelops the entire environment, like a warm white blanket over the gently sloping terrain. Two separate building volumes are connected by a continuously sloping concrete roof, accommodating all practical functions such as tee-off and practice rooms on the one hand... Read more
Woodland Cabin
South of Flanders, Belgium
2001–2002
A wooden walkway, which descends from a platform to the small valley behind a villa in southern Flanders, leads to the Woodland Cabin, a distant relative of the igloo and the small buildings one comes across in the mountains everywhere in the world. On a platform next to a pond, wooden blocks have been stacked to form a two-lobed space that is closed off with a glass wall and door. Beams that fan out support a green roof from which emerges the... Read more
Shopping Centre K
Kortrijk, Belgium
2005–2010
The shopping centre at Sint-Janspoort is a more sustainable counterpart to the large shopping centres on the outskirts of towns and cities and covers a whole block in the historical city centre of Kortrijk. With its interiorised street pattern and monumental atrium – the garden of light – this shopping centre forms a diagonal link between Steenpoort and Veemarkt. The tower closes off one end of the Romeinselaan. The volumetry of the block,... Read more
Close
Filter by type
Filter by status
Filter by category
Filter by tag