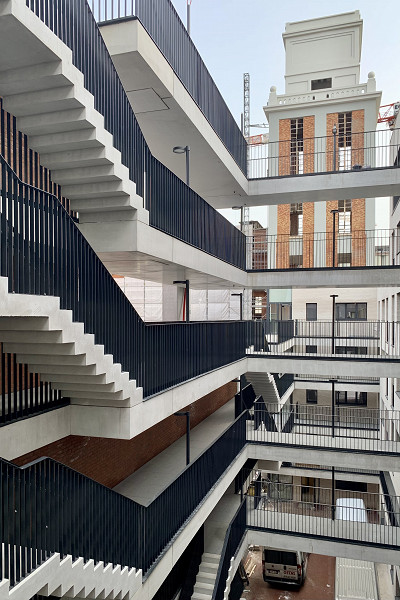 Stokerij - the Dutch word for ‘distillery’ - Ateliers and Housing are part of the new urban development of the Dijledelta in Leuven. The Ateliers are located on the site of the former Stella Artois brewery, while the residential area is situated in between the former brewery and an old water tower.
The original building of the brewery was a robust brick ruin refined with industrial art-deco details. The design for the renovation and re-development converts the brewery space into creative start-up offices and a penthouse. Initially, this also included studios for artists. Stokerij weaves the new functions through the architectural and industrial qualities of the heritage, strengthening them at the same time. The preservation of the circular steel structure in the arched shed, as a connecting element between the different floors, is a testament to this.
The massiveness of the building's facades is largely preserved. The building appears robust. The new architecture can be subtly distinguished without being brusque. The original window openings (in their original green colour) are preserved as much as possible, but where new window openings present themselves, they are given a different black-brown colour in order to unmistakably identify the new interventions.
Concerning the residential area: this building houses 35 flats spread over 7 floors. Extraordinarily, the entire circulation for the flats runs along the outside of the building, along bridges and walkways that evoke the atmosphere of an urban street. These ‘streets’ do not only provide access to the apartments, they are also the inner connection with the former brewery. They double as escape routes from the brewery building. Below the housing project, an underground car park is planned, which is also connected to the former brewery.
This urban approach to circulation relates to the industrial era which defines the development. On the ground level, the inner street connects Sluisstraat to the courtyard of the site. On the park side, south oriented apartments feature large windows and terraces, yet the volume remains robust and sober in relation to the surrounding massive industrial buildings.
Tags
Urban Mixed Use Office Refurbishment Circulation Adaptive reuse Connection
Client
Virix
Architects
Robbrecht en Daem architecten
Program
Offices and apartments
Location
Leuven, Belgium
Date
2016
Status
Completed
Floor Area
4.000 m2 + 6.455 m2
Team
Paul Robbrecht, Johannes Robbrecht, Wim Menten, Frédéric De Vylder, Sofie Reynaert, Thomas Faes, Tim Deltour
Project Manager
Luc Van den Wyngaert
Structural Engineering
Arcade Concept Engineering
Services Engineering
Macobo Stabo
Acoustics
Tractebel
Landscape
Ontwerpbureau Pauwels
Procedure
Project development
Developer
Virix
Contractor
Cordeel 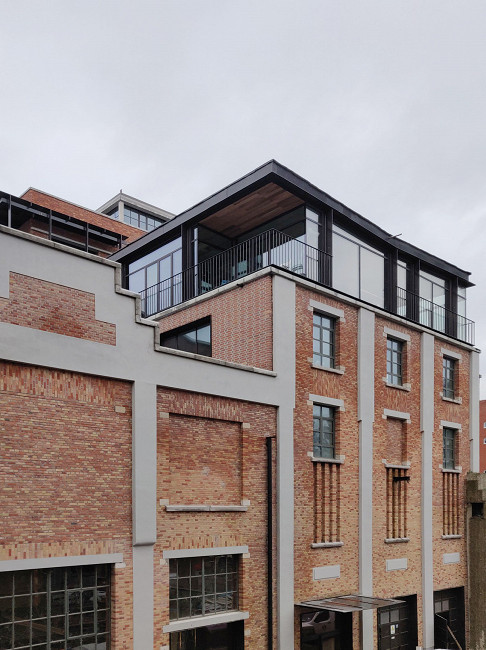 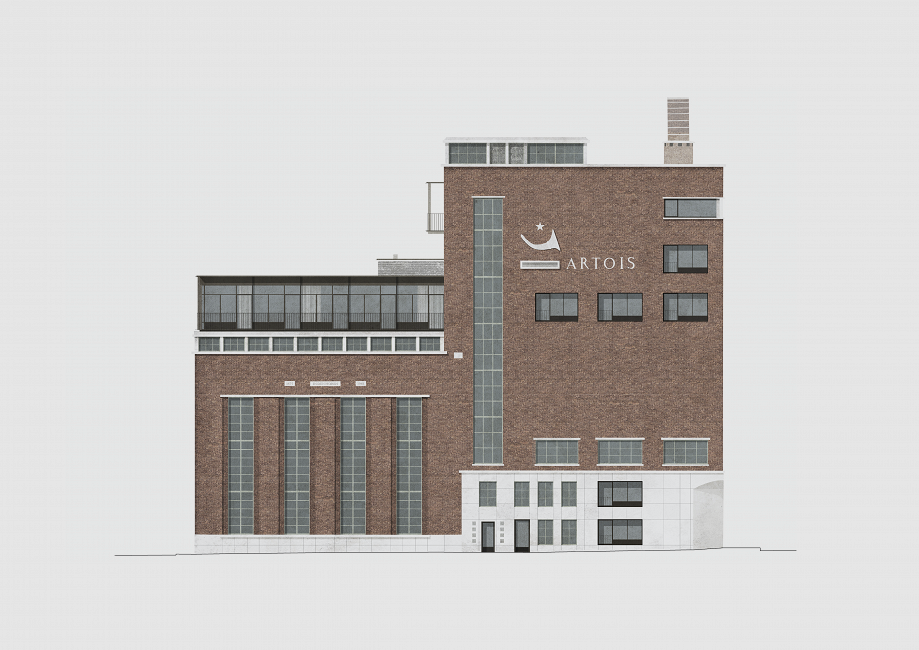 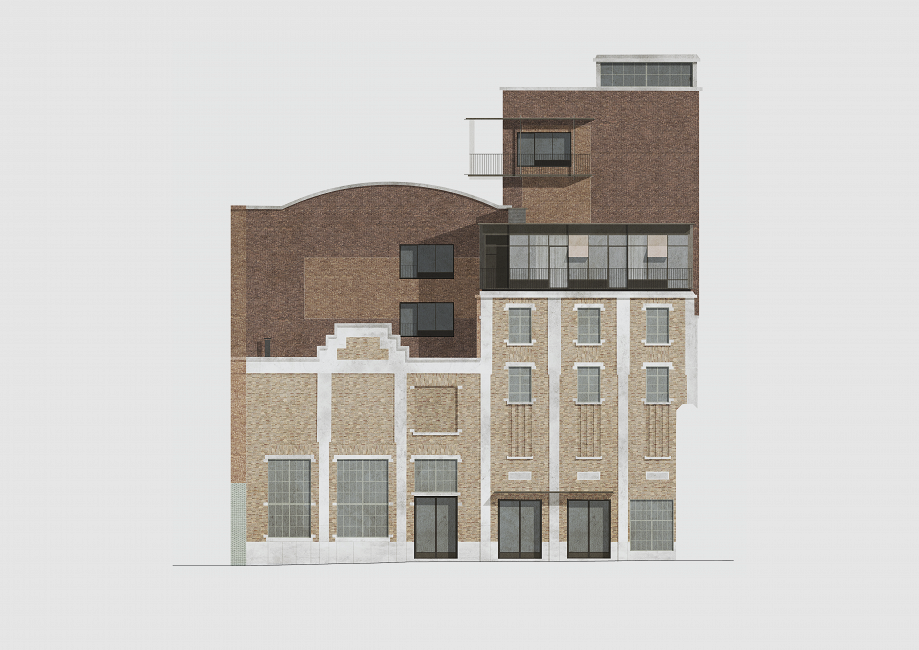 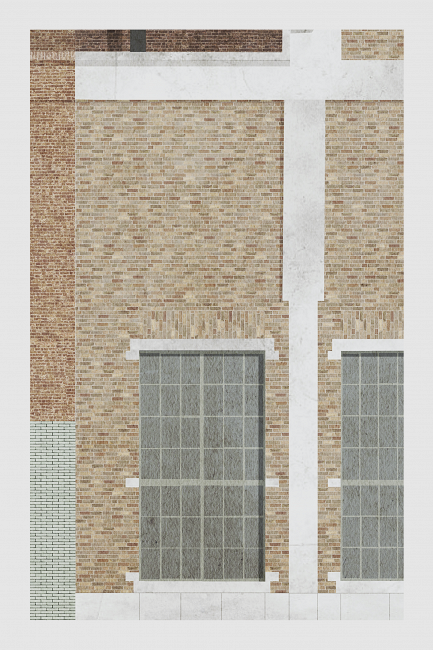 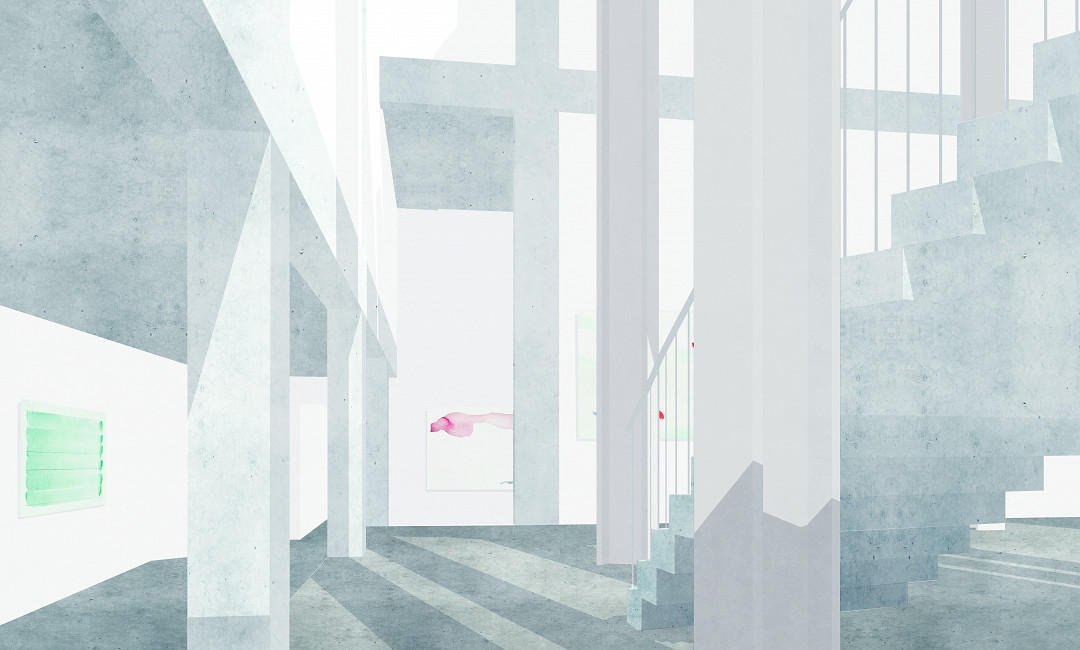 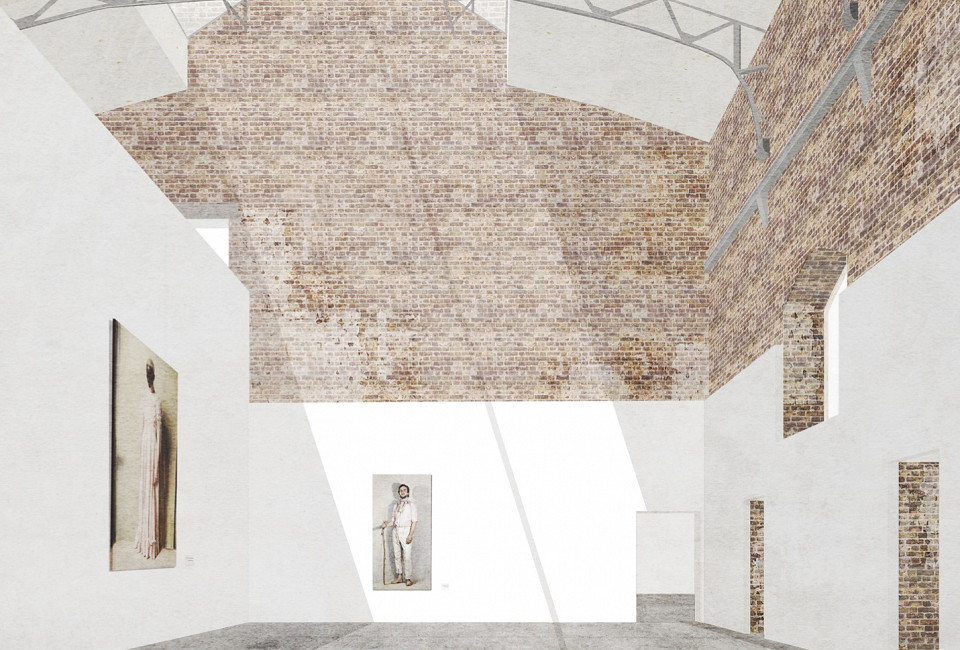 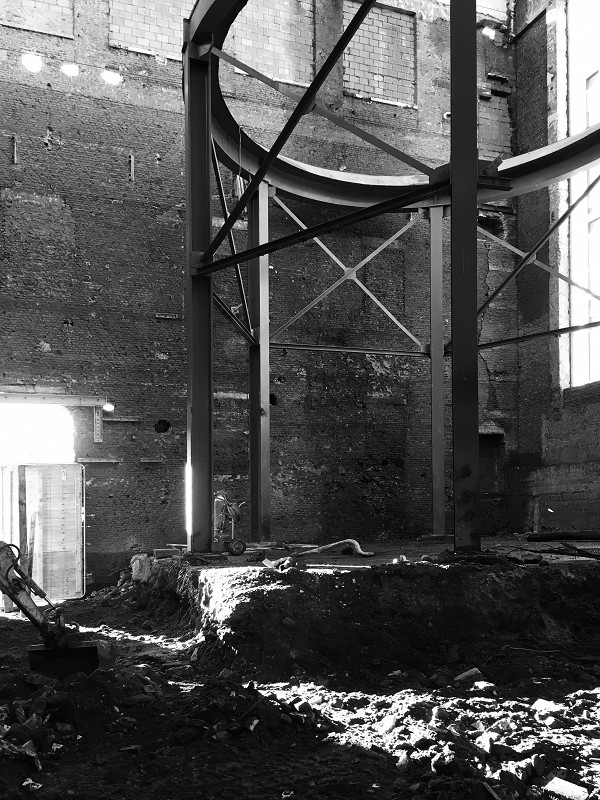 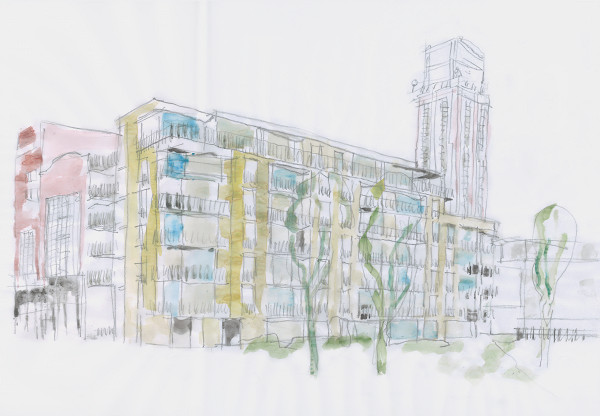 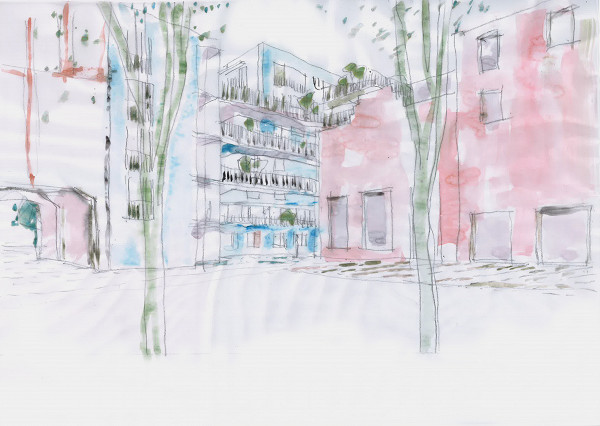 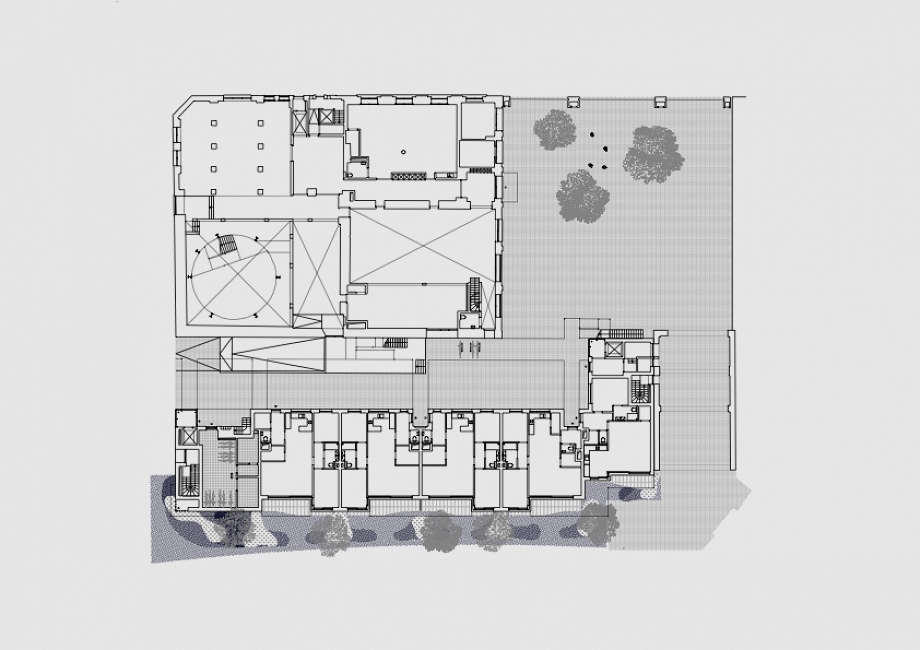 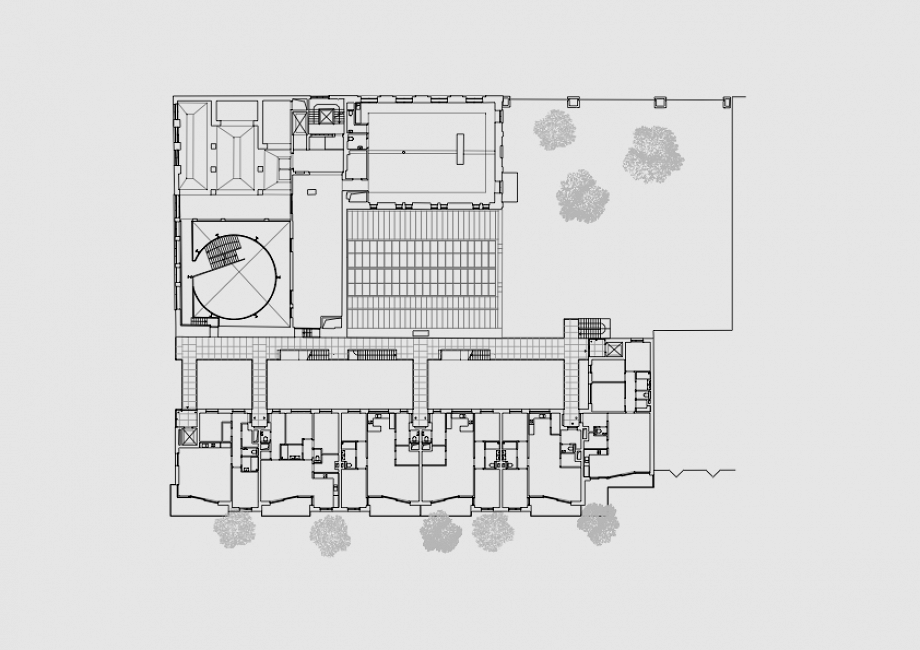 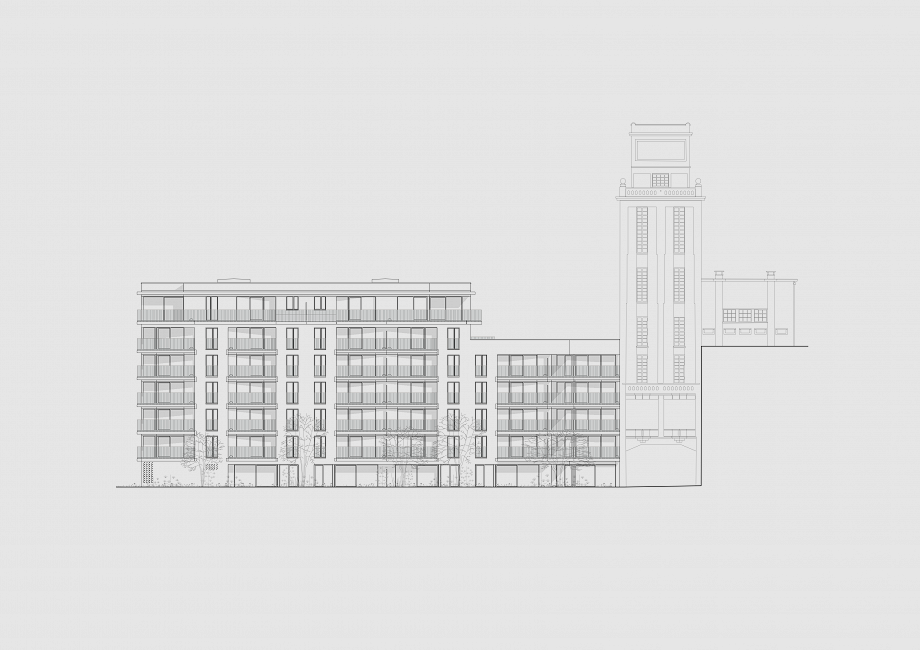 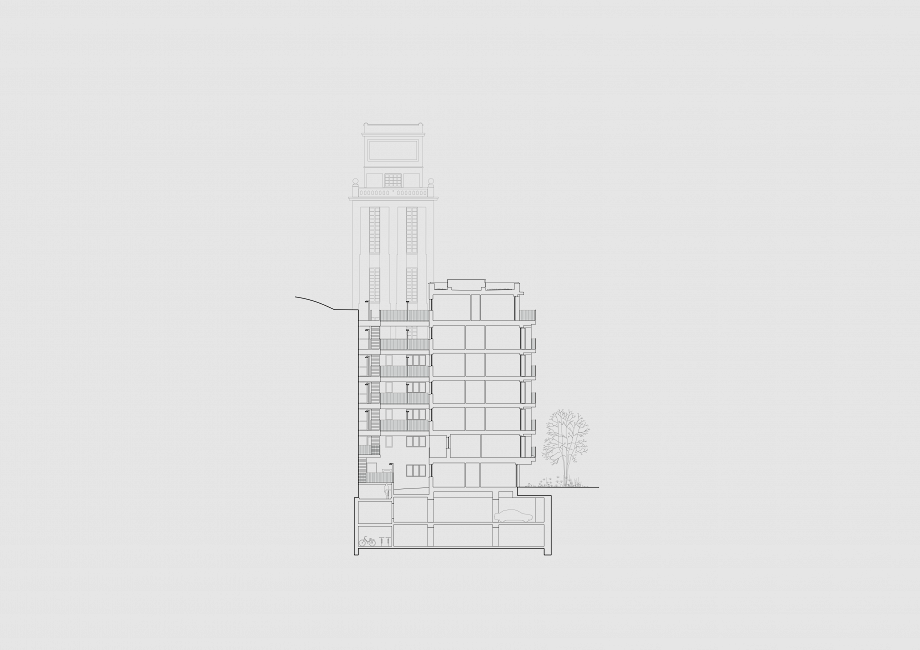 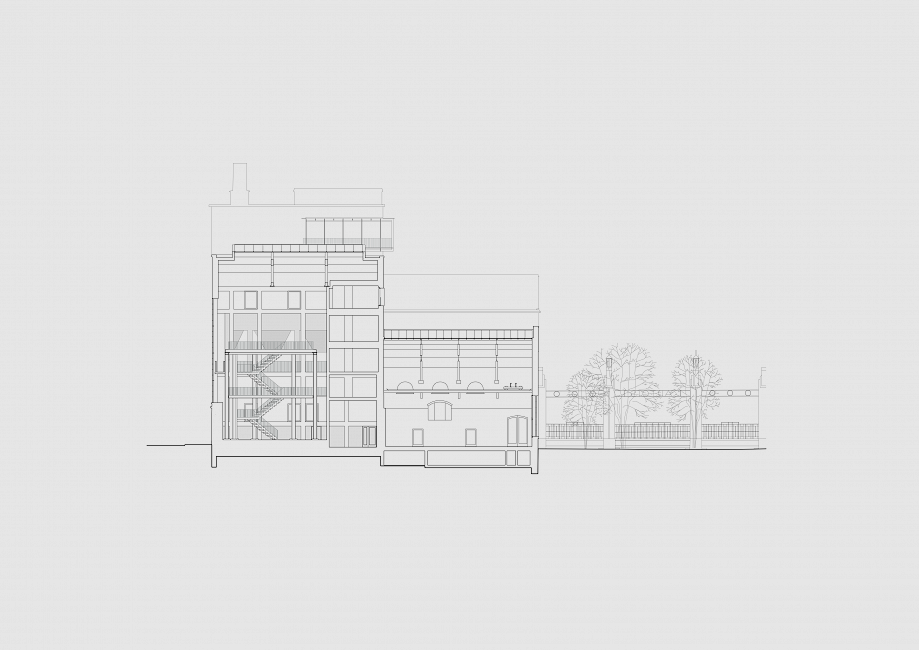 Bottelarij
Leuven, Belgium
2014–…
On an old industrial site near the Leuven Vaartkom, the Sluispark and the Small Beguinage, we find the Bottelarij residential site. The neighbouring historical beguinage forms the basis of the language of colours and shapes used in this new project. Variations on the cobblestone alleyways, garden walls, limewashed facades and the green-coloured joinery are extended in the new urban fabric. As an honest building and structure of its time, the new... Read more
De Causmaecker House
Lokeren, Belgium
1996–2001
The nineteenth-century, rather dark mansion with a narrow, long city garden in the center was transformed into a contemporary light-filled residence with a pharmacy. Above the renovated pharmacy and between the volumes of the main building, a patio gives a view of the tower of the 18th-century baroque church through wall-high windows, while a skylight brings daylight into the pharmacy workspace. The patio is like a heart between the various... Read more
Garden Pavilion
Sint-Martens-Latem, Belgium
2002–2004
This garden house with swimming pool is a two-storey wooden structure with an irregular floor plan. The load-bear­ing wooden beams form a pattern of adjoining triangles. A sculptural hearth element runs up through the volume as a solid supporting pillar. On the ground floor there are changing rooms, a sauna and a hammam, and upstairs a flat with kitchen. The roof is fitted out as a terrace amidst the treetops.... Read more
Michiels House
Essene, Belgium
1999–2003
A complex but recognisable setting is composed of a church, a vicarage, a glebe, a brick silo, a brewery, and above all a set of large trees. In short, an idyllic and typical Flemish landscape that somehow predates the Second World War neither touched nor spoiled. In all its aristocratic allure, the 18th-century vicarage exudes a forgotten past that poses a real challenge to all things new. The humble garden walls form a dominant role in the... Read more
De Konincksite
Antwerp, Belgium
2021–…
The De Konincksite project is located on the border of Antwerp and Berchem, on the edge of Albert Park. Around the existing city brewery, this area is developing into a fordable 'crafts area' (with a lively programme of small shops) and a residential superstructure (with a hotel and flats).Originally, the adjoining plot with the city brewery (the 'mother site' as it were) was criss-crossed by alleyways and squares. The present design aims to... Read more
Close
Filter by type
Filter by status
Filter by category
Filter by tag