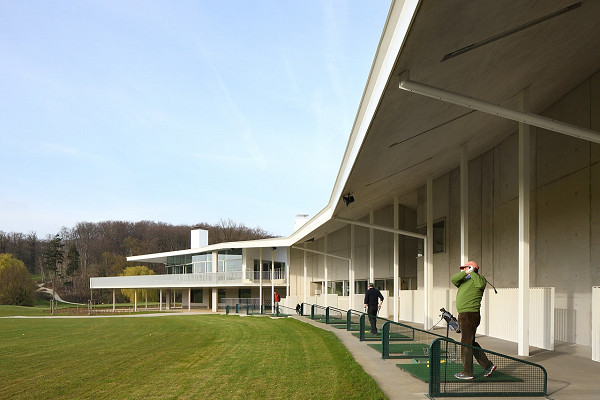 In the new clubhouse for the Winge Golf and Country Club, the relationship between inside and outside is crucial, as is the merging of the functional and the scenic. The white building envelops the entire environment, like a warm white blanket over the gently sloping terrain. Two separate building volumes are connected by a continuously sloping concrete roof, accommodating all practical functions such as tee-off and practice rooms on the one hand, and dressing rooms and offices, bar, restaurant and meeting rooms on the other.
Within this project two fireplaces modelled in clay define focal points in the open space under a continuous ceiling. A restaurant, bistro, bar and salon are covered by this concrete quilt. Instead of installing two prefabricated chimneys the architects decided to develop the idea of a hearth where people would naturally gather and start conversations. Open on three sides and with a concrete, wide border around the hearthstone above which the chimney in clay is suspended, both objects emphasise the cosiness of the interior. The monolithic appearance of the fireplaces is balanced by elegant pendant lamps, also specially designed.
Tags
Interior Pavilion Bar Restaurant Tactility
Client
Winge Golf
Architects
Robbrecht en Daem architecten
Program
clubhouse and practice
Location
Tielt-Winge, Belgium
Date
2011–2014
Status
Completed
Floor Area
2.475 m2
Team
Paul Robbrecht, Hilde Daem, Johannes Robbrecht, Kim Poorters, Luc Beckstedde, Asli Çiçek, Bert Haerynck, Wim Voorspoels, Lara Kinds
Interior Architect
Huyghe Decoratie
Project Manager
3D Real Estate
Structural Engineering
Util
Services Engineering
henk pijpaert engineering
Acoustics
VK Engineering
Landscape
Robbrecht en Daem architecten
Contractor
Thys Bouwprojecten
Transport & Mobility
Mint 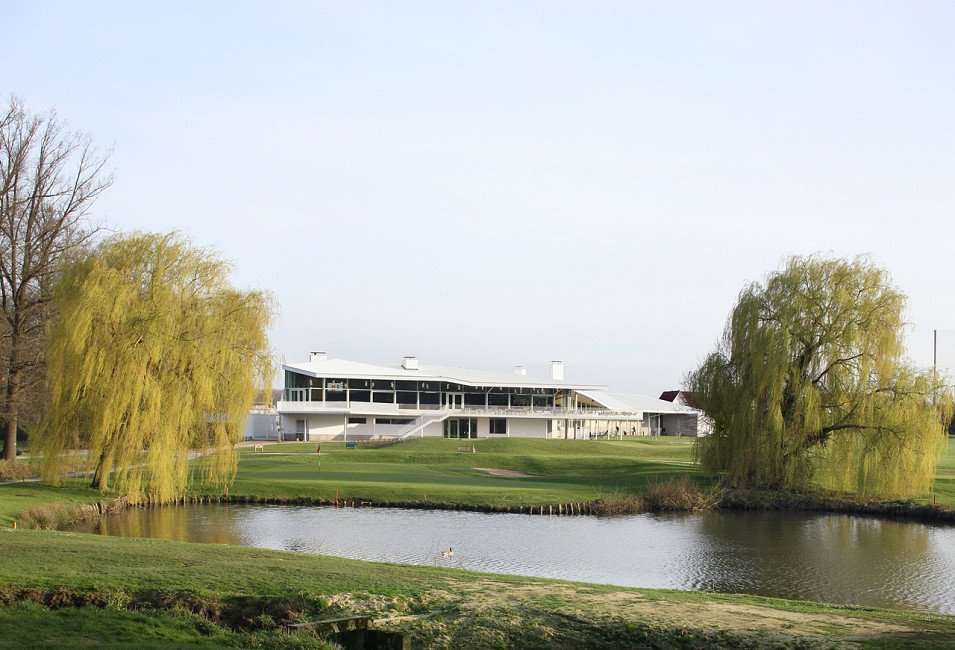 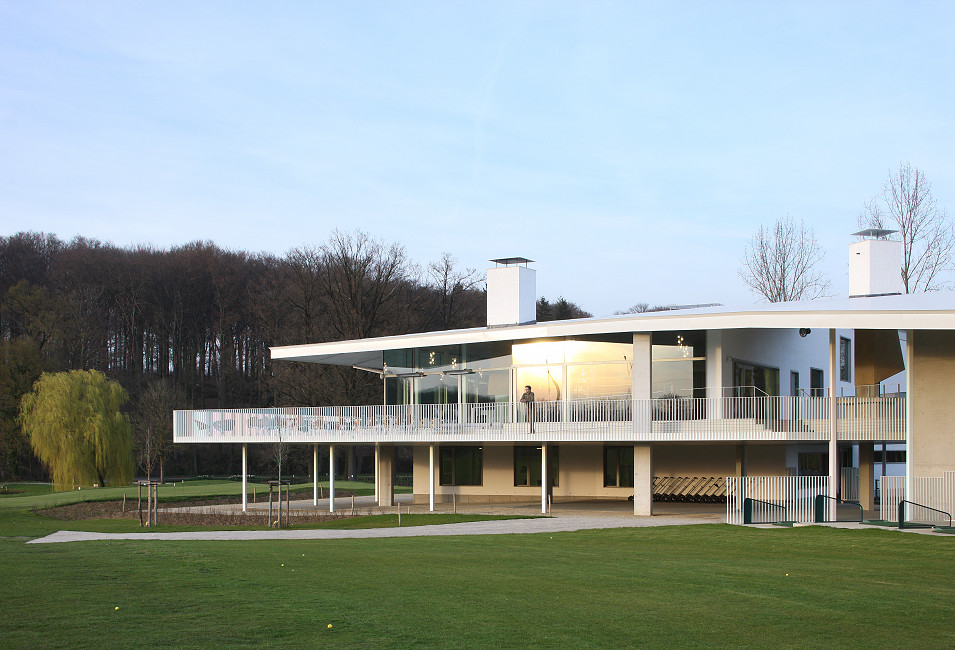 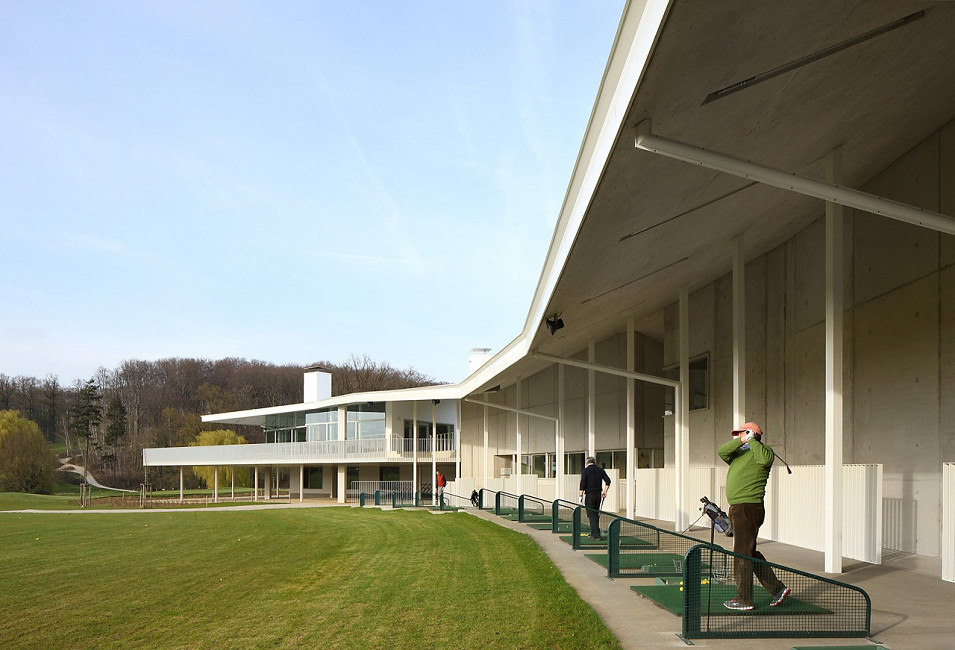 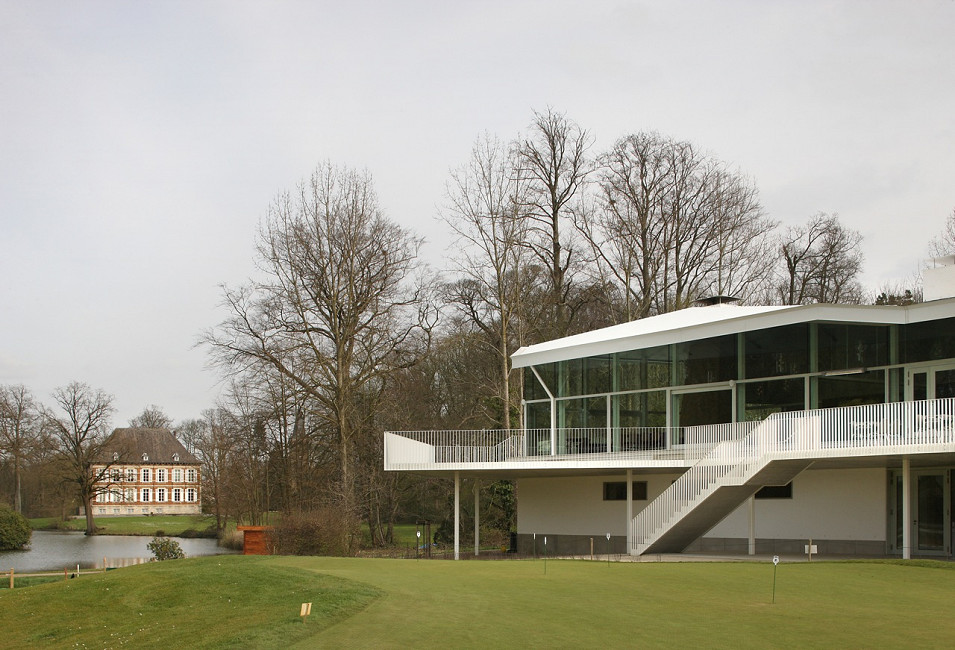 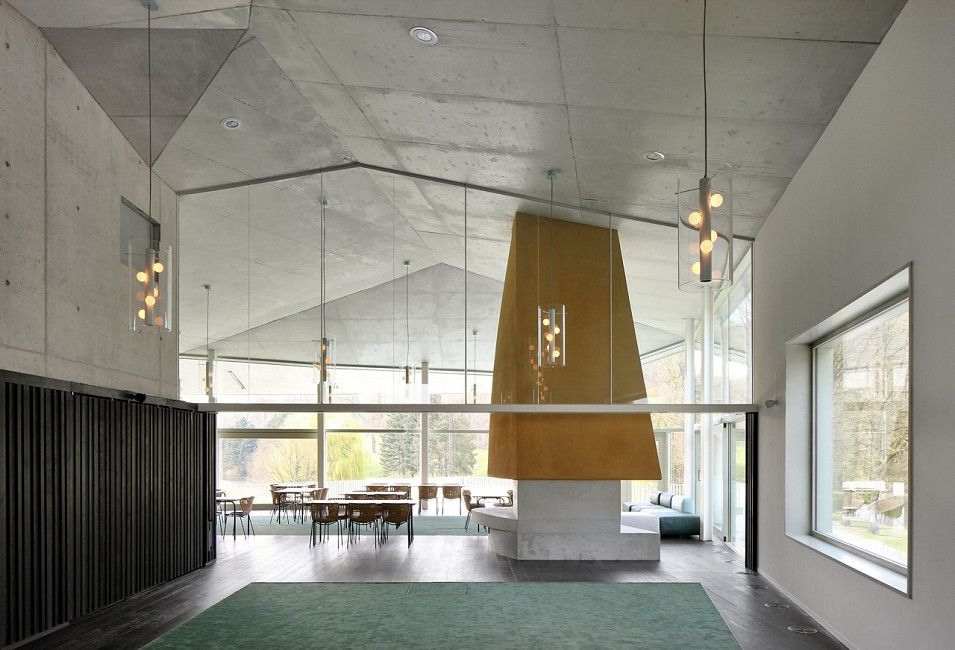 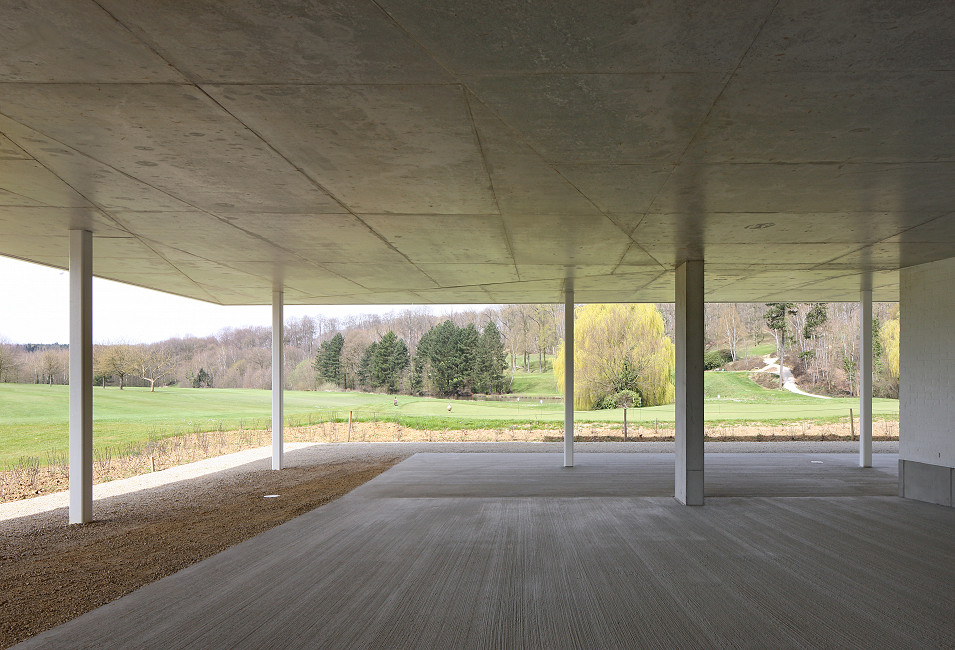 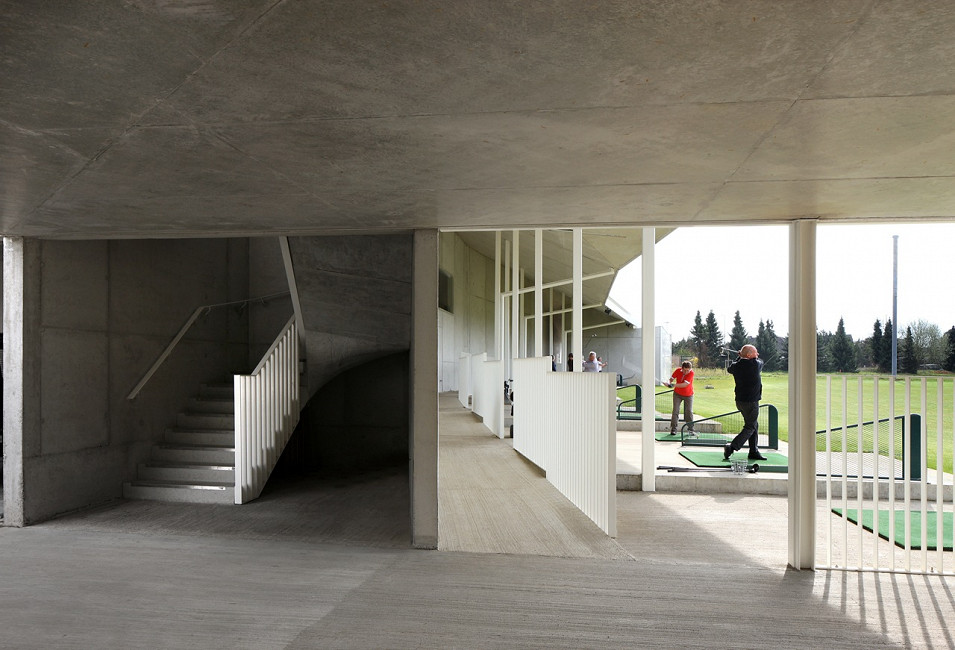 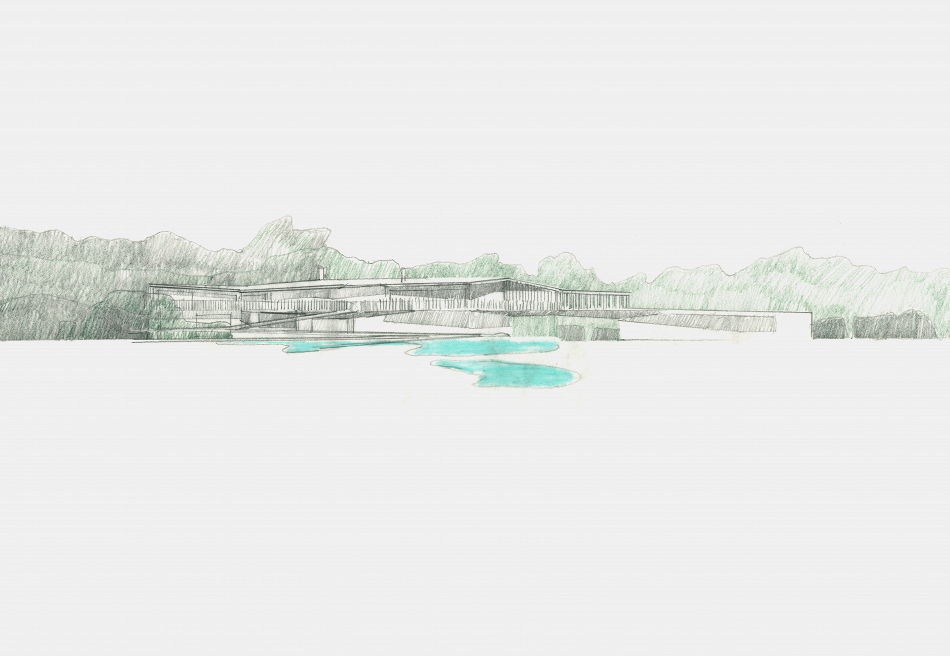 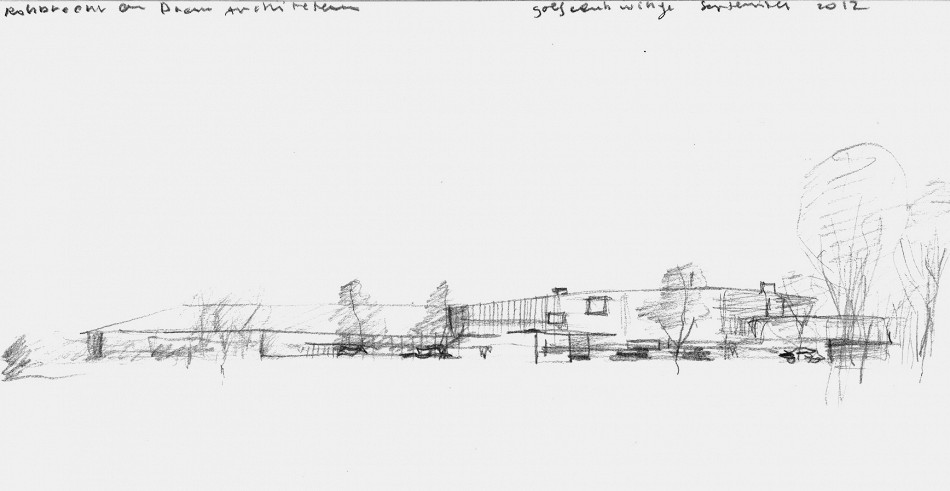 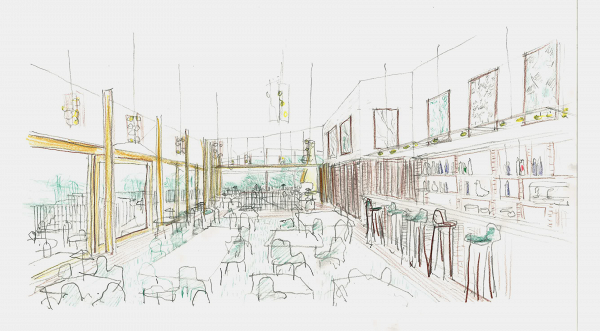 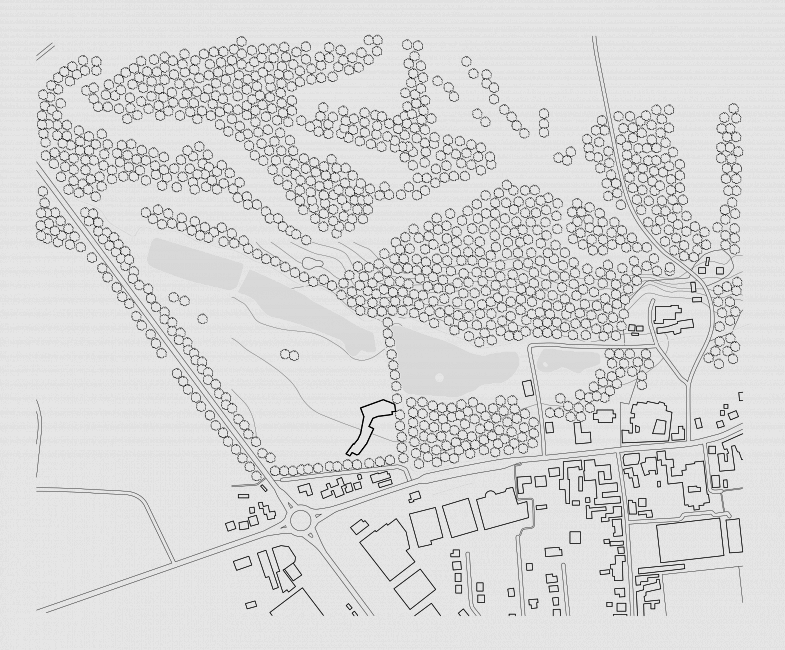 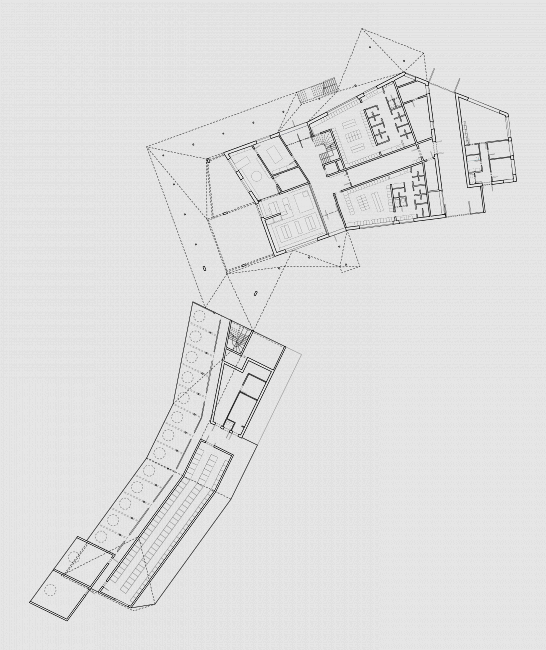 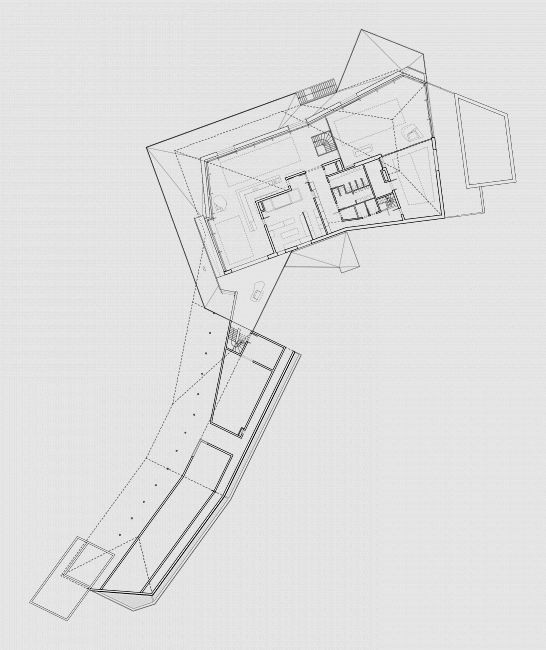 Carhartt WIP
Antwerp, Belgium
2018–2020
For the established clothing brand Carhartt WIP, Robbrecht en Daem renovated an existing building into a new location in Antwerp. The building was given a new plinth and the windows in the front facade were extended to the plinth so that the building can be fully read as a shop. At the same time, opening up the windows allows more light into the shop and the studio, which was appropriate given the depth of the plot.Inside, the monumental value of... Read more
De Konincksite
Antwerp, Belgium
2021–…
The De Konincksite project is located on the border of Antwerp and Berchem, on the edge of Albert Park. Around the existing city brewery, this area is developing into a fordable 'crafts area' (with a lively programme of small shops) and a residential superstructure (with a hotel and flats).Originally, the adjoining plot with the city brewery (the 'mother site' as it were) was criss-crossed by alleyways and squares. The present design aims to... Read more
Zoo
Antwerpen, Belgium
2005–2009
Making a Masterplan for the City Zoo of Antwerp. This included a multitude of housing for animals, a central children’s pavilion, visitors facilities, an office building, an entrance square, a restaurant and a shop.... Read more
Mies van der Rohe 1:1 Model Golfclubhaus
Krefeld, Germany
2011–2013
In the summer of 2013 Robbrecht en Daem architecten realizes a temporary pavilion based on a competition design by Ludwig Mies van der Rohe from 1930. The design, a clubhouse for a golf course in the gently rolling countryside around the former industrial city of Krefeld, Germany, was never built at the time it was designed. Christiane Lange, art historian and curator for ProjektMIK, invited Robbrecht en Daem architecten to design an objet d'... Read more
Shopping Centre K
Kortrijk, Belgium
2005–2010
The shopping centre at Sint-Janspoort is a more sustainable counterpart to the large shopping centres on the outskirts of towns and cities and covers a whole block in the historical city centre of Kortrijk. With its interiorised street pattern and monumental atrium – the garden of light – this shopping centre forms a diagonal link between Steenpoort and Veemarkt. The tower closes off one end of the Romeinselaan. The volumetry of the block,... Read more
Close
Filter by type
Filter by status
Filter by category
Filter by tag