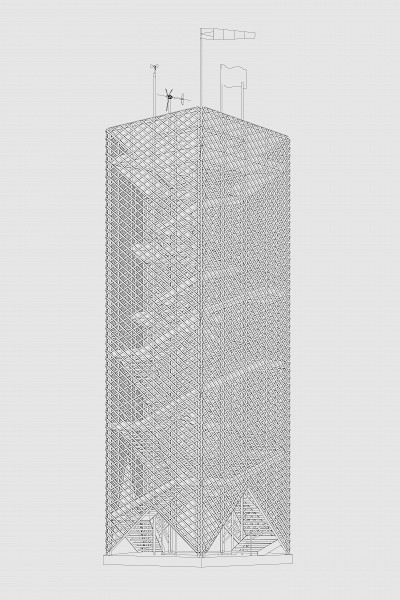 The open landscape of the IJzerbroeken, which surrounds the site of the Knokkebrug, inspires passers-by to dream of a higher outlook from which to view the area. The realisation of a watchtower on this spot is an excellent opportunity to expose the strength of the site. The Friendly Tower is a strong, autonomous, pentagonal figure that provides insight from a height into the historical, geometric figures of the environment, to which the watchtower relates. The tower itself refers to the pentagonal lookout posts that typified the old defensive mechanisms of fortifications. In this way, the history of the site is given an extra translation in the design.
The 'friendliness' of the tower does not only express itself in the welcoming of the visitors - with five different porticoes that emphasise the accessibility for each visitor - but also in its appearance. Rather than a stone monolith, the tower shows itself to be gentle and nomadic, representing a kind of primitive hut. The wooden wickerwork creates an ephemeral skin that contrasts with the allure of the permanent city walls, and at the same time it is an ode to the weaving and craftsmanship of architectural production.
Tags
Tower Pavilion View Tactility Landscape
Client
City of Houthulst
Architects
Robbrecht en Daem architecten
Program
Watchtower
Location
Houthulst, Belgium
Date
2019–…
Status
Ongoing
Floor Area
35 m2
Team
Paul Robbrecht, Hilde Daem, Johannes Robbrecht, Jonas Vanbelle, Jolien Naeyaert, Rieke Vancaeyzeele, Mien Devriendt
Structural Engineering
Mouton 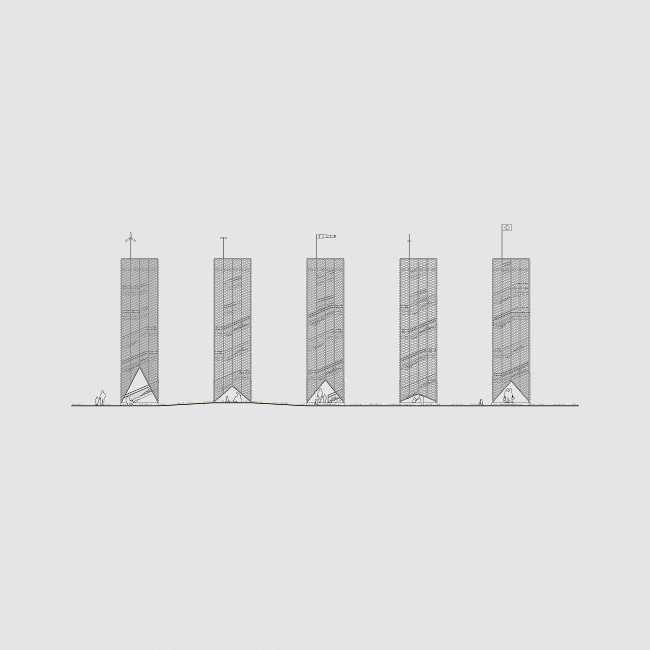 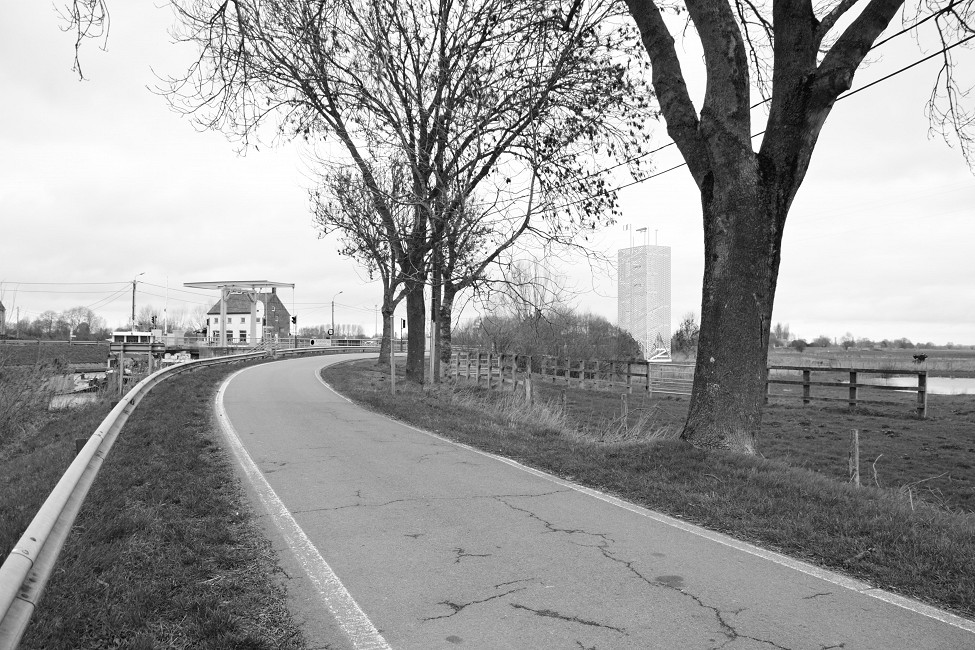 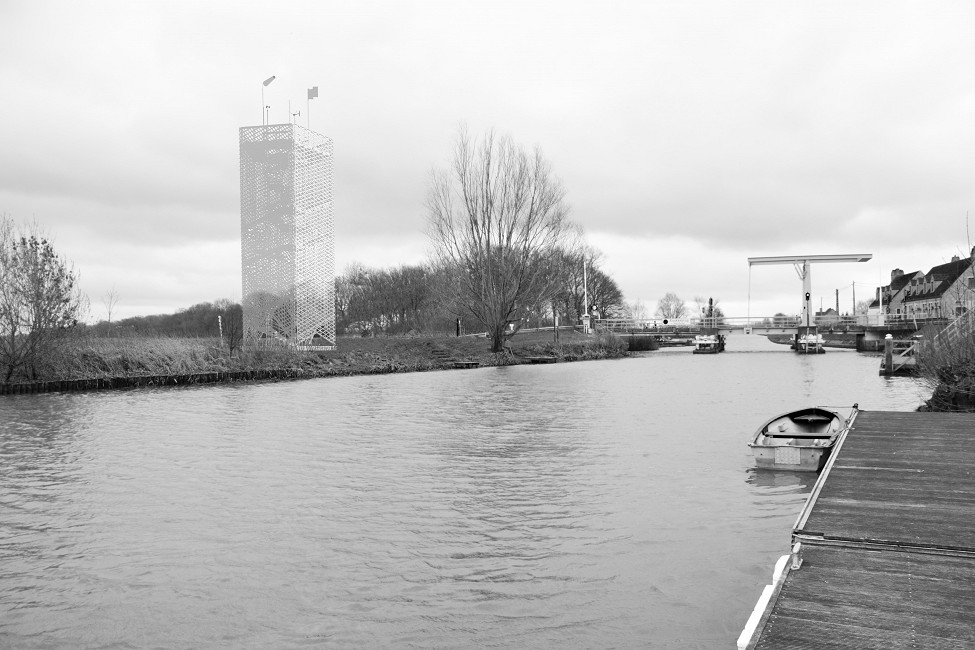 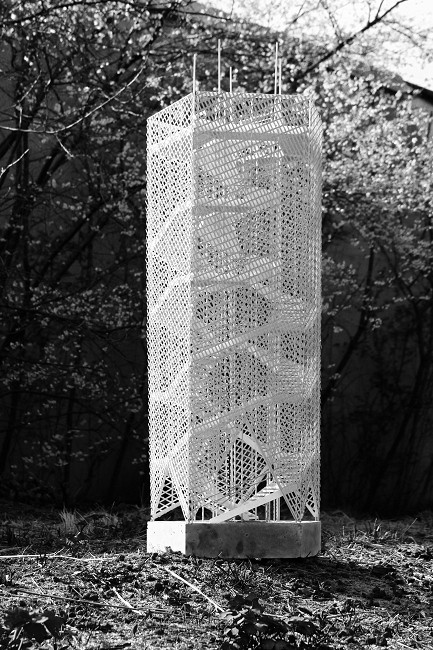 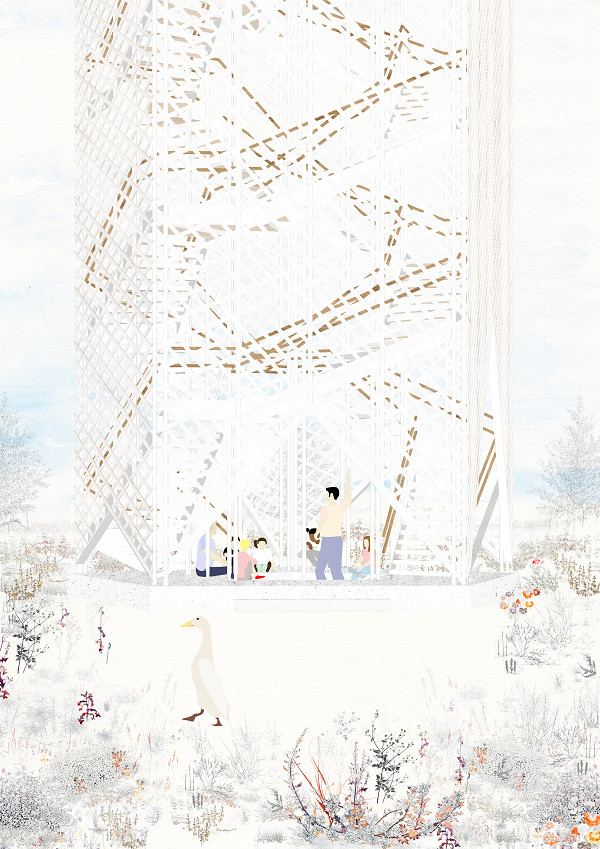 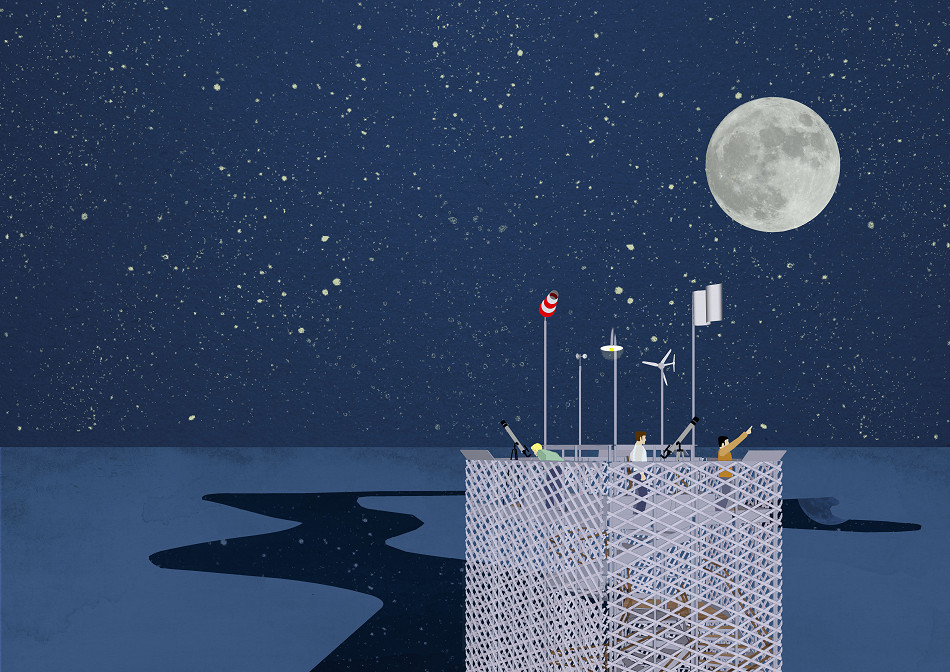 Market Hall and Central Squares
Ghent, Belgium
1996–2012
Following two demolition campaigns for a world exhibition in 1913 and an administrative centre never built in the 60s, Ghent’s historic heart degenerated for decades into a desolate parking lot in between a suite of three adjoining Gothic towers. In two consecutive competitions between 1996 and 2005, Robbrecht en Daem architecten and Marie-José Van Hee architects proposed their own programme, countering the initial competition requirement.... Read more
Rubens Square
Knokke, Belgium
1999–2003
Rubens Square is a triangular square with a large opening towards the sea. Two long benches oriented parallel to the water are bordered by a wall of tempered glass which acts as protection from the wind. It is a particularly social place where elderly people often watch children play. The square’s tiles have a mosaic-like pattern with maritime tones that refer to the nearby sea. Blues, grey-greens and whites are interwoven like an abstract... Read more
Zoo
Antwerpen, Belgium
2005–2009
Making a Masterplan for the City Zoo of Antwerp. This included a multitude of housing for animals, a central children’s pavilion, visitors facilities, an office building, an entrance square, a restaurant and a shop.... Read more
Zwin Visitor Centre
Knokke-Heist, Belgium
2010–2011
The Zwin plain is a border-crossing natural reserve located at the North Sea Coast. Robbrecht en Daem architecten were invited for an Open Competition to provide this natural reserve with new visitors’ facilities. The proposed visitor center comprised of a ticket office, museum shop, auditorium, restaurant, exhibition pavilion and observation pavilions, alongside viewing platforms, vehicle parking and a farm for the maintenance of the estate... Read more
Leopold De Wael Square
Antwerp, Belgium
1997–2001
The design for the square reconciles two aspects: on the one hand the heavy traffic is dealt with by two roundabouts, one at each end, and on the other a public forecourt is laid out for the Museum of Fine Art. Several works of art have been installed on the square: recovered fragments of the Loos monument by Auguste Rodin, a bench designed by Ann Demeulemeester and a fountain by Christina Iglesias, which forms the heart of the forecourt, gives... Read more
Close
Filter by type
Filter by status
Filter by category
Filter by tag