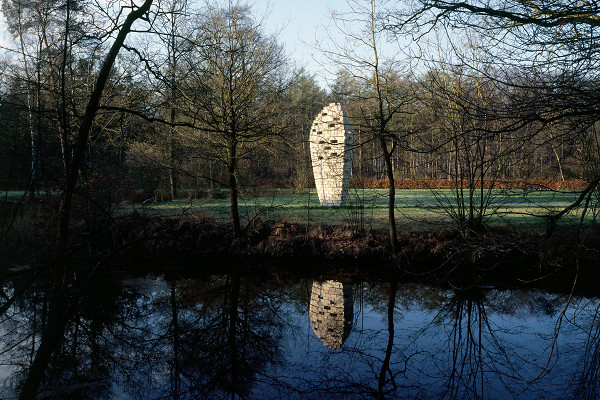 The dovecote in the forestry area in Dorst stands in a clearing in the wood, next to a stream in which it is reflected. The way the stones are stacked leaves edges and angles on which the birds can sit. There are occasional gaps too, where a stone has been left out so that the birds can get inside to sit on bars. The dovecote is built in blocks of Pietra di Vicenza, a calcareous sandstone from Italy.
Tags
Pavilion Tactility
Client
Staatsbosbeheer, Dorst
Architects
Robbrecht en Daem architecten
Program
Dovecote
Location
Dorst, The Netherlands
Date
2002–2004
Status
Completed
Team
Paul Robbrecht, Hilde Daem, Kristoffel Boghaert, Katrien Cammers, Tinne Verwerft
Structural Engineering
BAS (Dirk Jaspaert)
Contractor
Gebroeders Klarenbeek 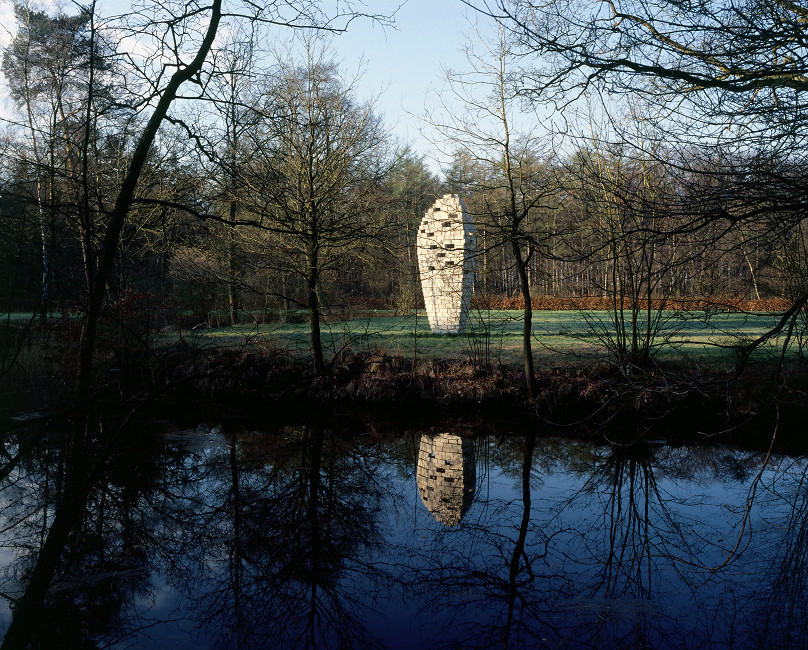 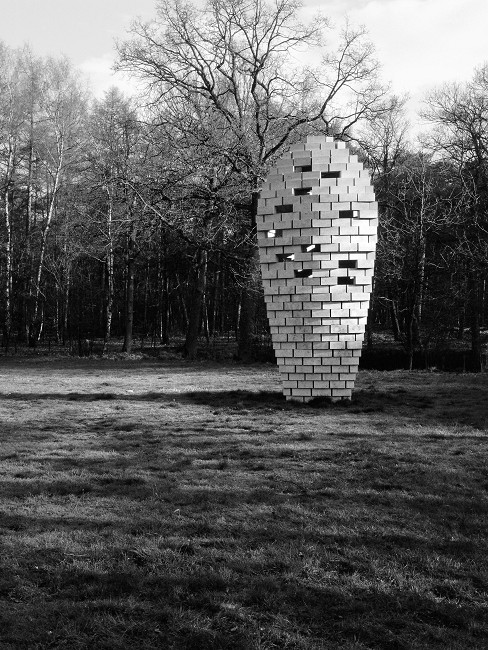 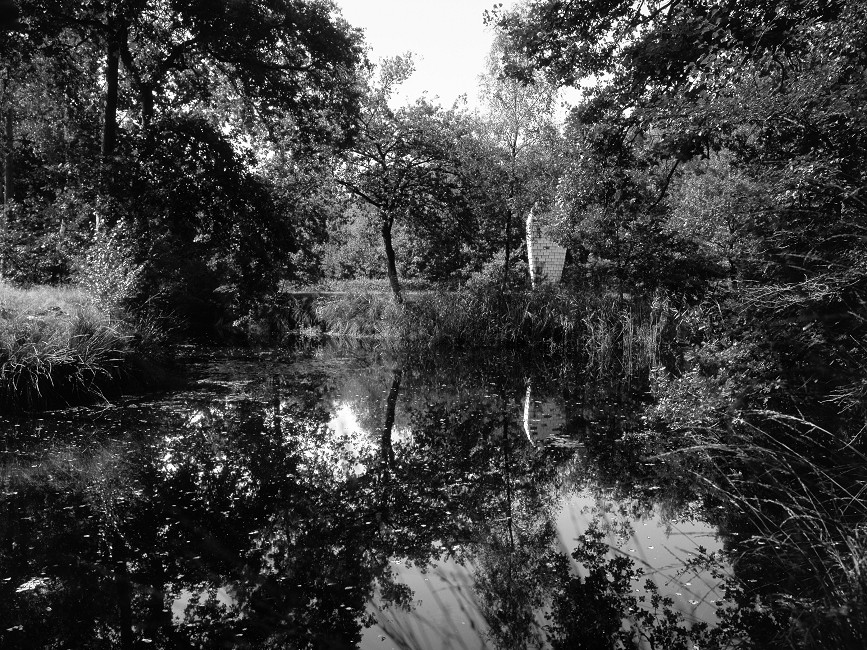 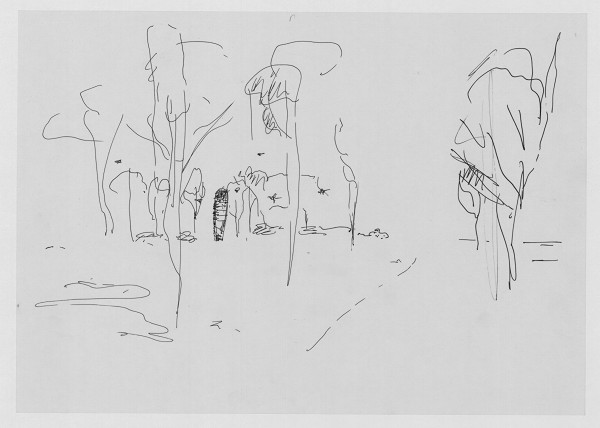 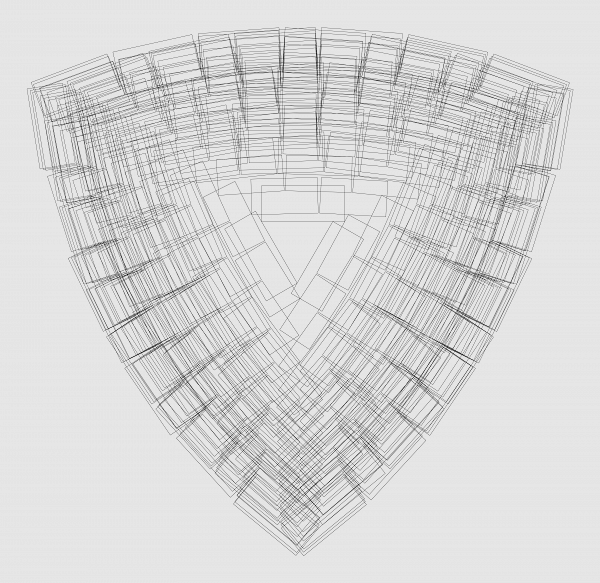 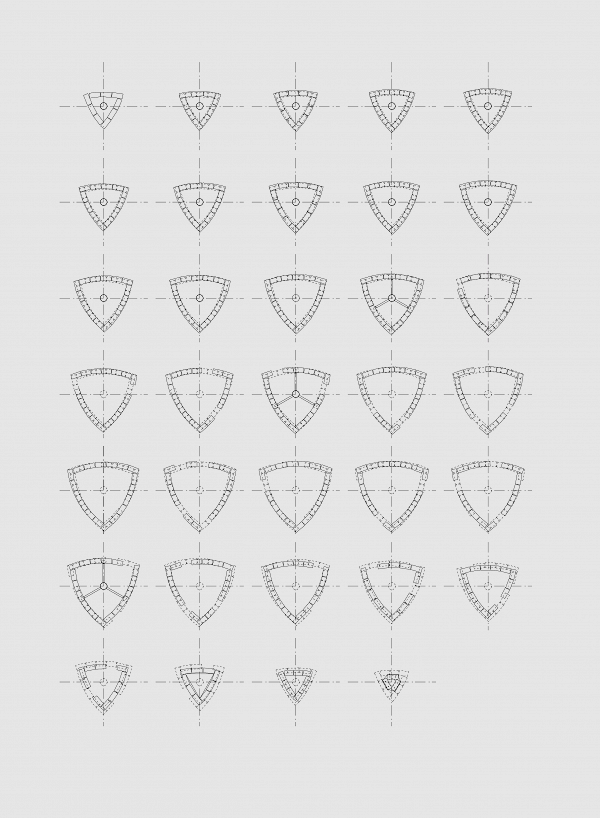 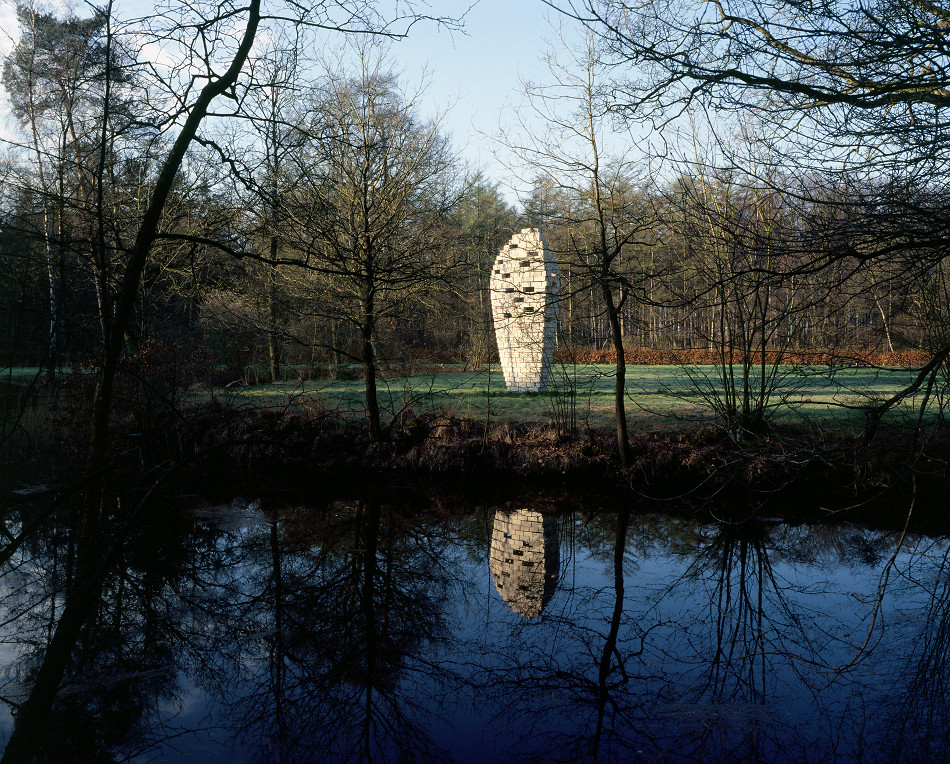 House Where It Always Rains
Barcelona, Spain
1992
In 1992, on the occasion of the Olympic Games in Barcelona, Robbrecht en Daem architecten collaborated with Juan Muñoz to create a pavilion titled the House Where It Always Rains. Pavilions are structures where art and architecture come together in the heady pursuit of pure experimentation. Somewhere between a folly and a model, the pavilion is an actual space, constructed so it can be occupied and looked at; but it has no apparent purpose.... Read more
Chamber Music Hall
Gaasbeek, Belgium
2000–2004
A dairy at the foot of the historical castle of Gaasbeek has been converted into accommodation for musicians, with a chamber music hall. The late nineteenth-century front building was transformed into the accommodation; the hall replaces the original small factory shed but adheres to its original outline. The volume is dug deep into a slope into which an open ramp has been cut which then bends over the hall and climbs upwards like a ziggurat and... Read more
Furniture KMSKA
Antwerp, Belgium
2007–2008
Refurbishment of the entrance hall and auditorium in the Royal Museum for Fine Arts Antwerp (KMSKA). This included the reception desk, benches, signalisation in the entrance hall, lectern, speaker’s desk and the separation wall in the auditorium.... Read more
Mies van der Rohe 1:1 Model Golfclubhaus
Krefeld, Germany
2011–2013
In the summer of 2013 Robbrecht en Daem architecten realizes a temporary pavilion based on a competition design by Ludwig Mies van der Rohe from 1930. The design, a clubhouse for a golf course in the gently rolling countryside around the former industrial city of Krefeld, Germany, was never built at the time it was designed. Christiane Lange, art historian and curator for ProjektMIK, invited Robbrecht en Daem architecten to design an objet d'... Read more
Concert Hall
Bruges, Belgium
1998–2002
On ‘t Zand, an open urban space near the station in Bruges, Robbrecht and Daem built a concert hall for Bruges when it was the Cultural Capital of Europe in 2002. Alongside the Halletoren, the Church of Our Lady and St Salvator’s Cathedral, this ‘Concertgebouw’ has become a landmark when driving into the city. A uniform external cladding in terracotta tiles hangs like dignified drapery over the volumes of the concert hall, fly tower and... Read more
Close
Filter by type
Filter by status
Filter by category
Filter by tag