Floor for a sculpture, Wall for a painting, Amsterdam, The Netherlands 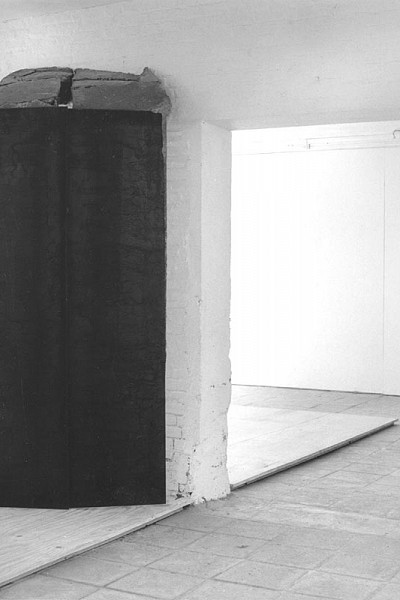 Together with the work of Cristina Iglesias, René Daniëls and Philippe Van Snick, Isa Genzken’s sculptures form a basic component of the double exhibition Floor for a Sculpture, Wall for a Painting which was once described as Robbrecht en Daem’s ‘materialized manifesto’. In the gallery, two sturdy cavity walls were added to the existing architecture, as a result
of which a new corner was created. In one of the exhibitions, Van Snick painted a layer of gesso over a wall faced with a thin layer of plaster, while the limestone remained visible on the side. ‘It stands there, as a visible part of the world of architectures’, emphasized Robbrecht. A wooden floor was laid on either side of an existing wall. For Robbrecht en Daem, these added elements were not artistic, but rather architectural interventions: ‘Neither the floor nor the wall have something to do with some presentation techniques of art. Nor should they be considered a sculpture or an installation. They are purely architectural elements that confront themselves with and/or merge with art’. The project was first and foremost an attempt to explore the boundaries of architecture and art. Underlying was the question as to what extent does a wall remain a wall or is transformed into a sculpture.
This element was reinforced by the fact that neither the concrete wall nor the wooden floor were in any way coercive. Daniëls’s painting, The House, was not even hung on the new wall. Indeed, the unused wall was repeated in Daniëls’s work, and this gave rise to a dialogue of sorts between the pictorial and the architectural components. Precisely the fact that Genzken’s work was erected next to the wooden floor, transforming the latter into a forecourt for the sculpture, lent the exhibition an ambiguous char- acter. Wall and floor were deliberately not presented as the utilitarian components of an exhibition, and as a result both became autonomous.
Text by Steven Jacobs - Original Publication: Steven Jacobs, “Unforgettable Places”, in S. Jacobs, ed., Works in Architecture: Paul Robbrecht & Hilde Daem (Ghent, 1998), pp. 22–3.
Tags
Art Museum Sculpture Collaboration Scenography
Client
Stichting De Appel
Architects
Robbrecht en Daem architecten
Program
Scenography for a group exhibition
Location
Amsterdam, The Netherlands
Date
1987
Status
Dismounted
Team
Paul Robbrecht, Hilde Daem
Art Intervention
René Daniëls, Isa Genzken, Cristina Iglesias, Philippe Van Snick
Inauguration Exhibition
20-04-1987 until 03-05-1987 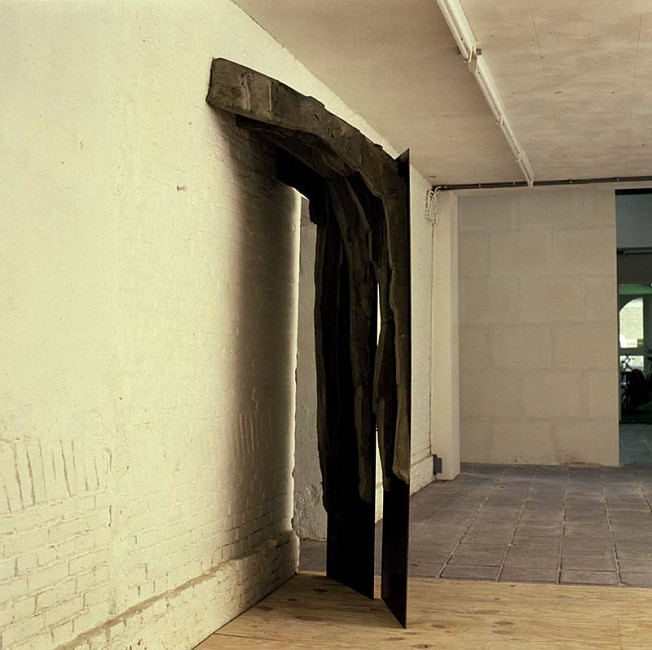 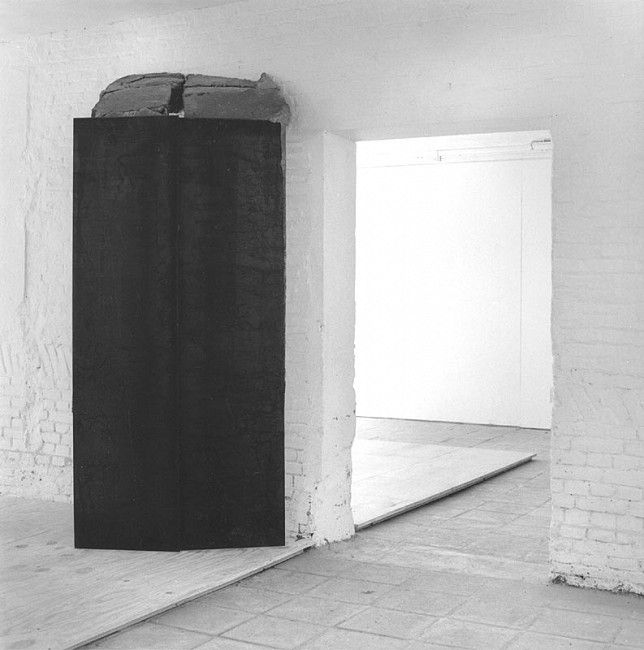 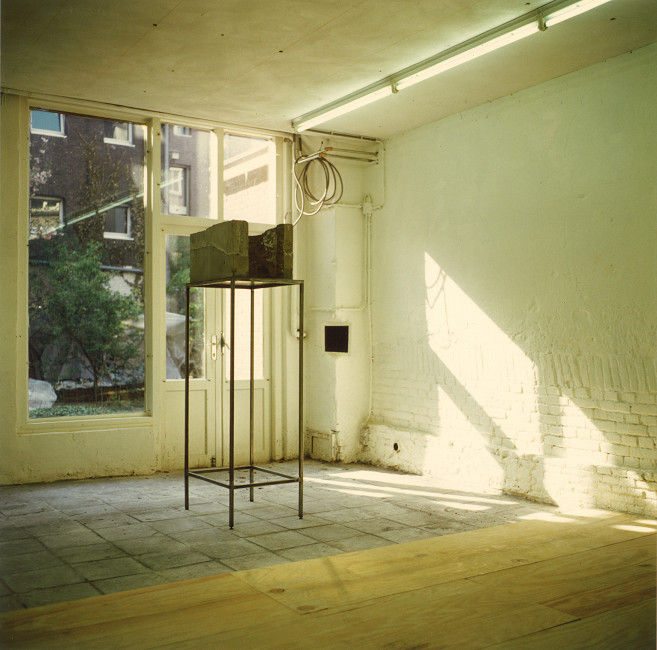 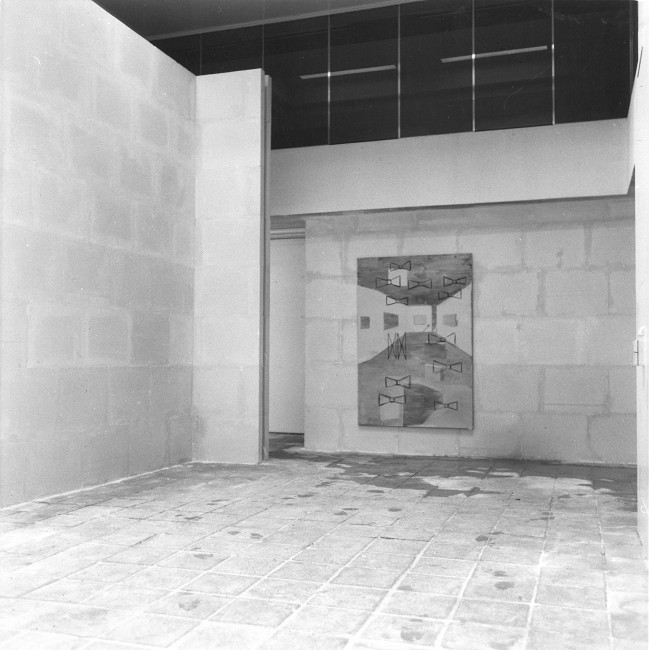 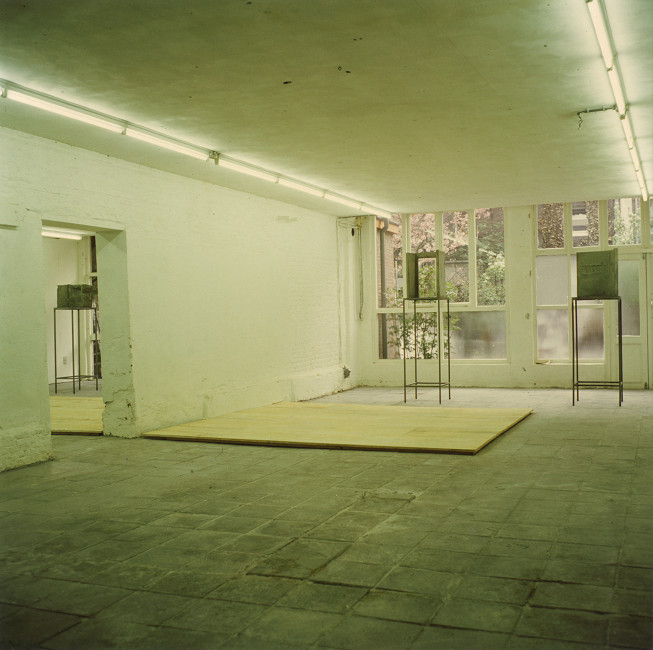 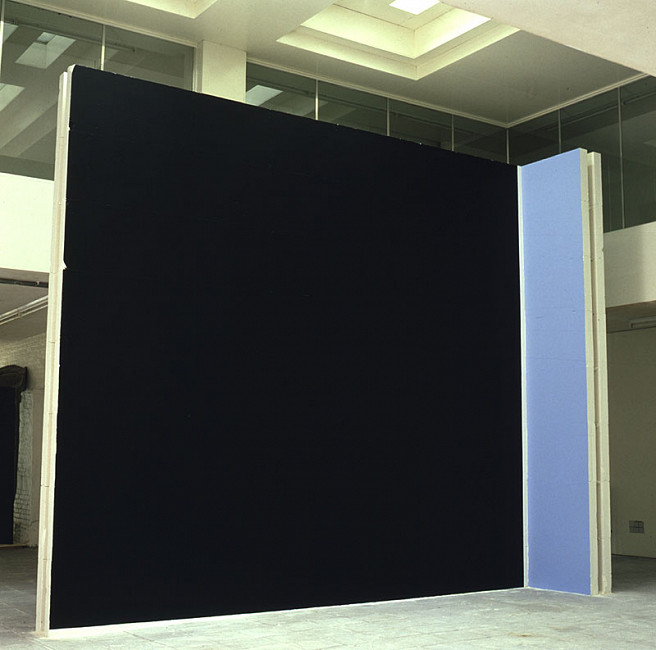 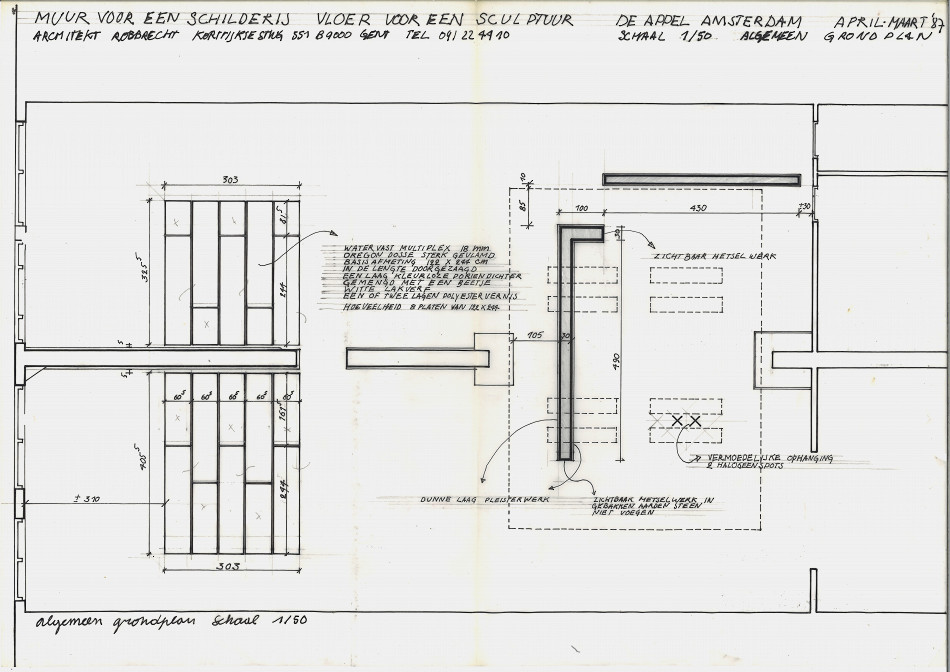 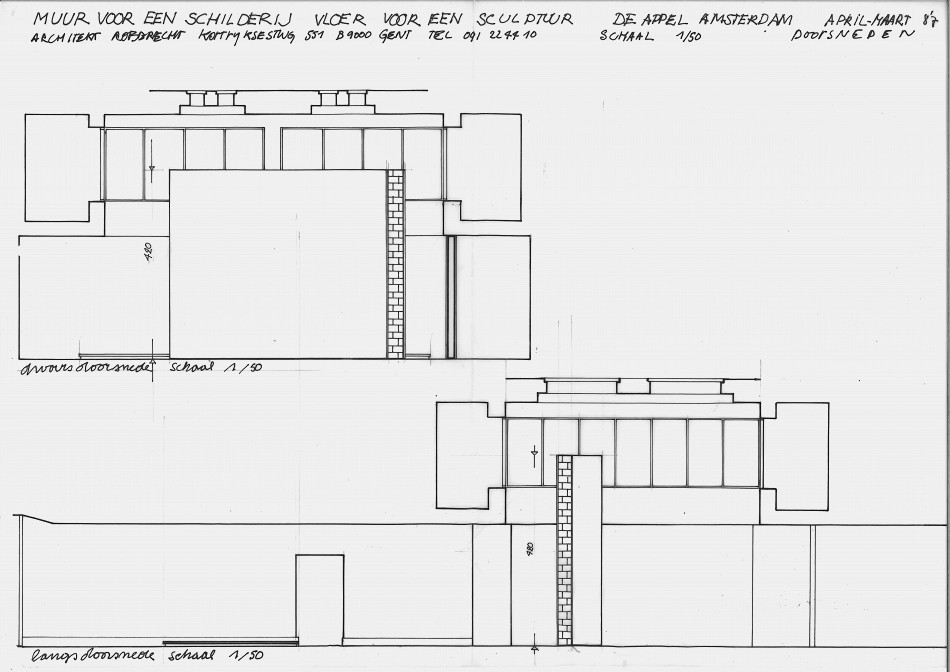 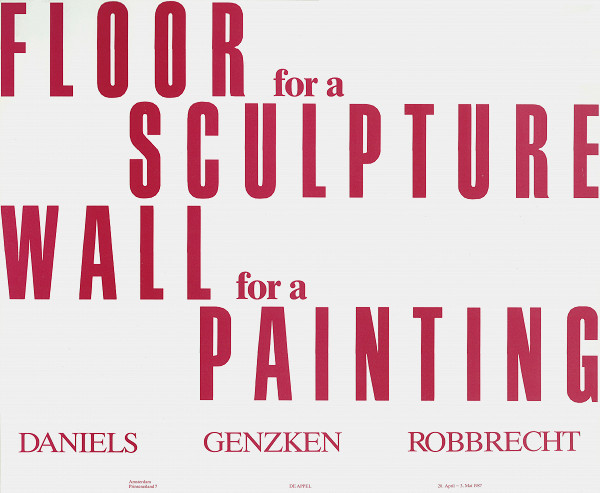 Raoul De Keyser: Oeuvre
Ghent, Belgium
2018–2019
After an earlier intervention in the artist's studio and scenographies for his work in Initiatief 86, Documenta IX and De Dingen Die Ik Zie, Robbrecht en Daem architecten were also responsible for the scenography of the middle space of Raoul De Keyser's first posthumous retrospective. This central room became a kaleidoscopic space, a pentagonal form with different sides.... Read more
Raoul De Keyser: De Dingen Die Ik Zie
Brussels, Belgium
2010–2011
Raoul De Keyser’s oeuvre is permeated by an original, internal and inherently spatial constellation. De Keyser’s paintings do not fit within the Renaissance idiom of a window upon an illusory perspective. The paintings shift, glide, oscillate, overlap and, at times, they also fall. Even when they do in fact suggest an architectonic space, a cabinet for example, there is a certain spatial friction. It is precisely this extremely controlled... Read more
I Fiamminghi a Roma
Brussels, Belgium
1995
Scenography of an exhibition in BOZAR Brussels on Flemish Artists in Rome during the Renaissance... Read more
Route N16 - Public Places for Private Experience
Puurs, Belgium
2012–2013
‘Route N16 – Public Places for Private Experience’ is an exhibition and a pragmatic study that explores the limits and potentialities of public space along the N16. The regional N16 road crosses what we can safely call the heart of the Flemish urban sprawl. Four communes, Bornem, Puurs, Willebroek and Mechelen, all located in the province of Antwerp, are connected by the N16. This road winds through an area that is almost exemplary for... Read more
Möbel und Räume Für Hermann Lange
Krefeld, Germany
2007
Robbrecht en Daem was commissioned by Christiane Lange to design the exhibition of the furnishings and interior spaces that Mies van der Rohe and Lilly Reich had designed for Haus Lange, a building designed by Mies van der Rohe himself. The exhibition was held in the place where only recently this furniture was used on a daily basis. The house has since been converted into a museum and the architecture of Mies van der Rohe has become an object on... Read more
Close
Filter by type
Filter by status
Filter by category
Filter by tag