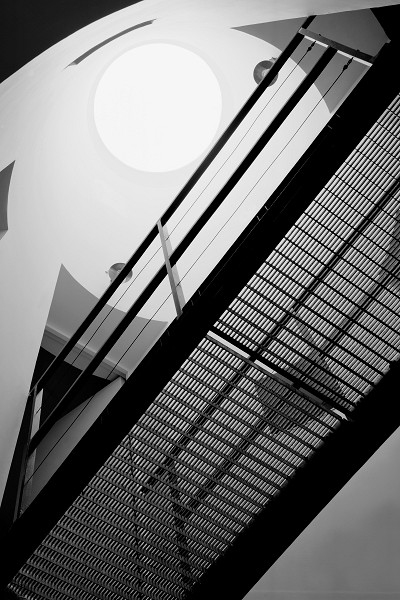 The building trade and the social situation in the early years of our practice were such that the majority of our commissions consisted of interventions to existing buildings or spatial redesigns of building complexes. In this way we contributed to the sum total of the building activity which - in an on-going interrelationship of action and reception produced a considerable material output at that time. We perceive that totality as primary matter, the raw material of our trade from which all our work as architects stems. The Mys house was itself the result of an extremely complex building history: built in the eighteenth century it was subject to an extensive restructuring at the end of the nineteenth century. And although the facade suggests a symmetrical house, with building segments on either side of the porte-cochere, only the right-hand side has a linear series of consecutive rooms. The whole is linked in the parallel by an orangery added at the beginning of this century.
Our interventions did not fundamentally alter the composition of consecutive rooms, but form instead a sort of archipelago of separate local interventions, which only become linked to each other by dint of association as you walk through the space. They were effected over a long period of time and with interruptions, and because they occurred at different periods they reflect the intentions of that particular moment. Some of our interventions in the Mys house formed the basis of ideas which recurred in later projects on a larger scale, or in another connotation.
The garden shed with the pitched roof, for instance, served as inspiration for the Kerksken bank and the biotechnical farm in Astene. Flemish terraced houses often accommodate a scheme of interconnected rooms. With the interventions to the Mys house, however, a deliberate attempt was made to provide a multiple centre to this linear structure. The individual interventions are manifested in a library tower, a loggia on the street side, a lightwell in the playroom and an incision in the wall, revealing both the mass of the wall and a view through to the garden.
The frequent interruptions in the building process have produced a multiplicity of interventions which only connect up in the mind of the viewer/visitor/user. And since unity can only be perceived by dint of an associative experience, the Mys house is undoubtedly open to a multiplicity of possibly conflicting interpretations - multiplicity which in the final analysis has given way to a horror vacui, the total saturation of the space.
Tags
Art Interior Extension Art Integration Intimate Sculpture Refurbishment
Client
Christian and Martine Mys
Architects
Robbrecht en Daem architecten
Program
Refurbishment of a family house
Location
Oudenaarde, Belgium
Date
1983–1992
Status
Completed
Floor Area
690 m2
Team
Paul Robbrecht, Hilde Daem, Wim Cuyvers, Marleen Dilissen, Christian Kieckens
Art Intervention
Thierry Decordier, Lili Dujouri, Cristina Iglesias, Juan Muñoz, Jan Vercruysse
Structural Engineering
BAS (Dirk Jaspaert) 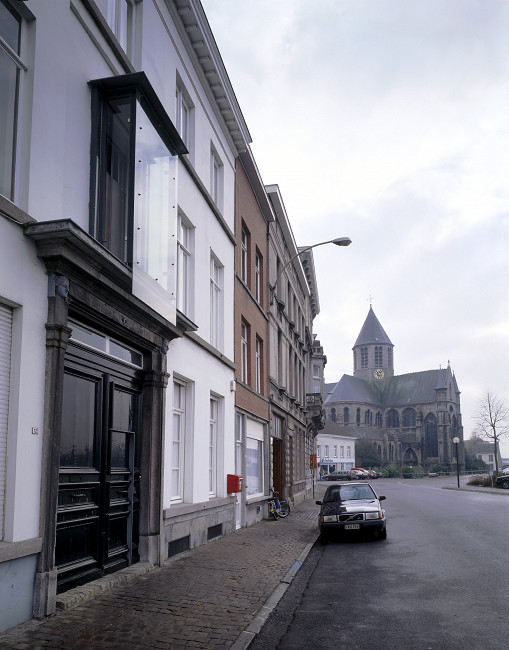 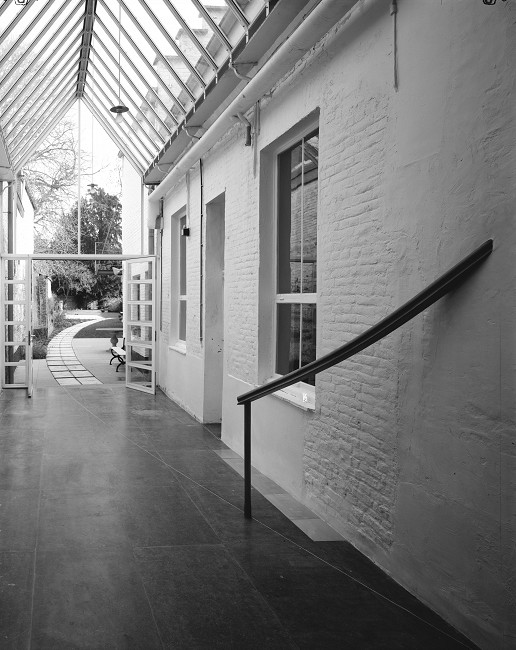 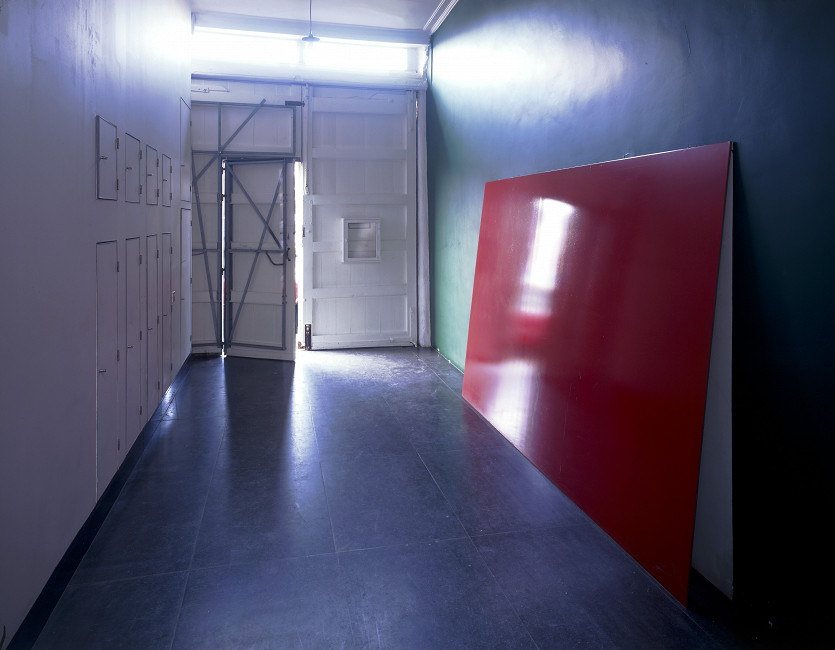 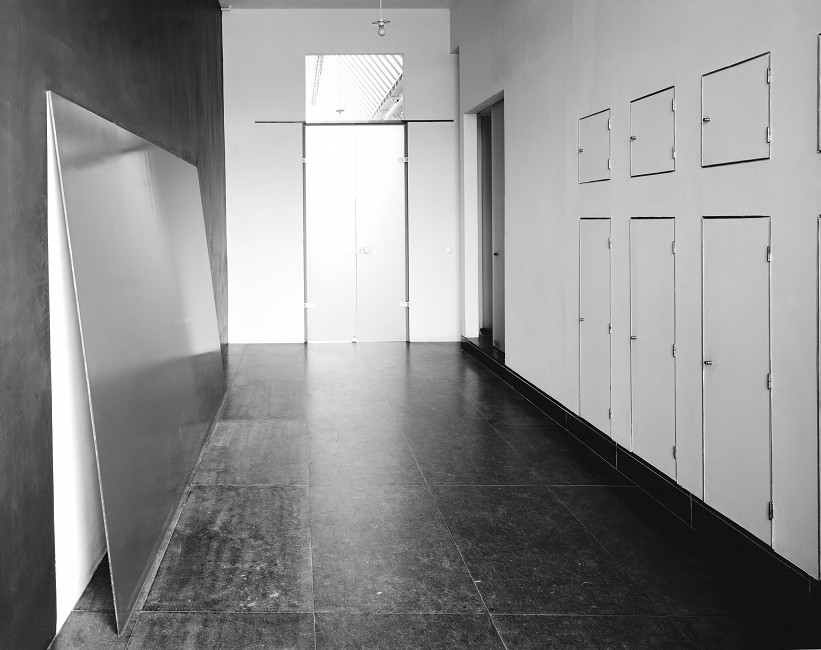 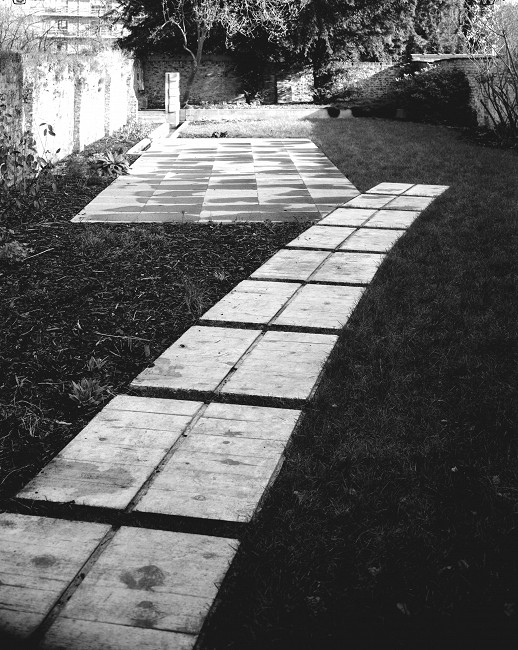 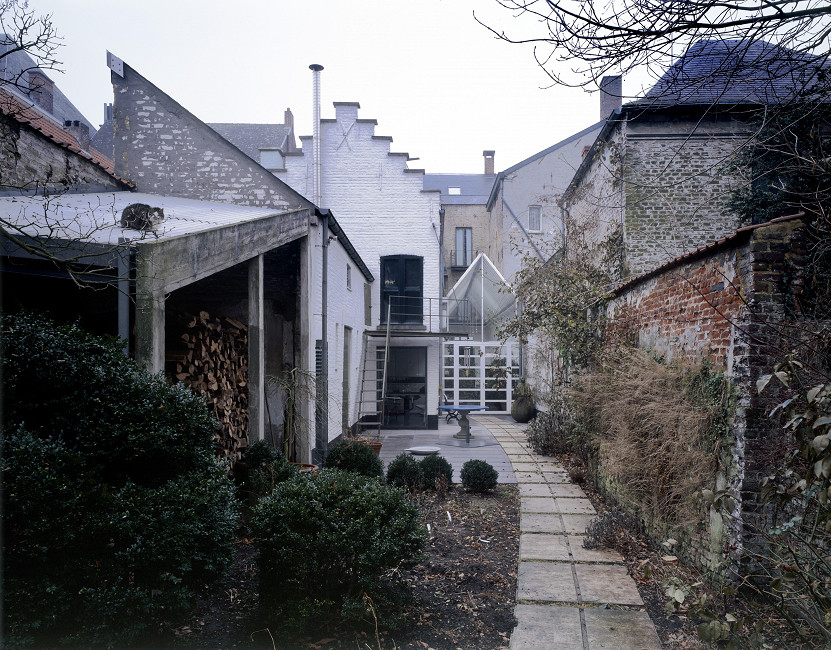 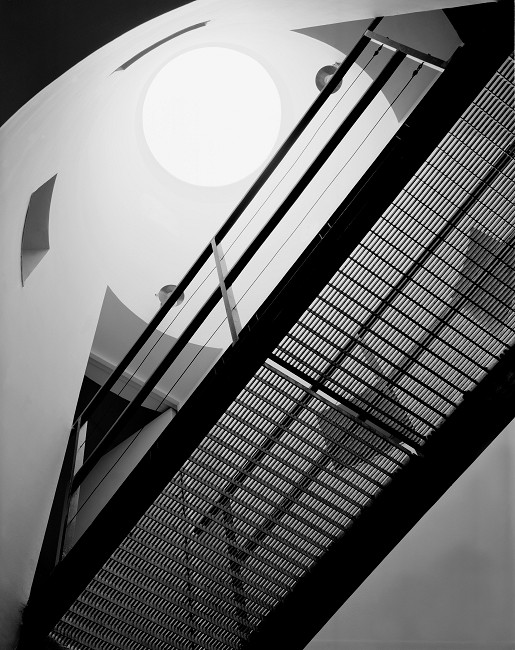 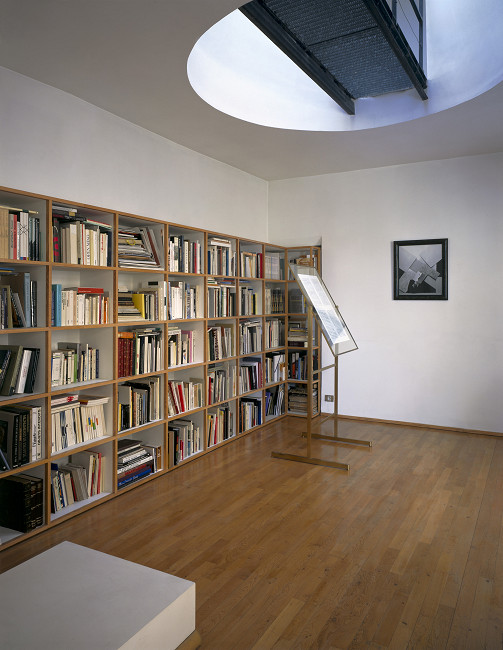 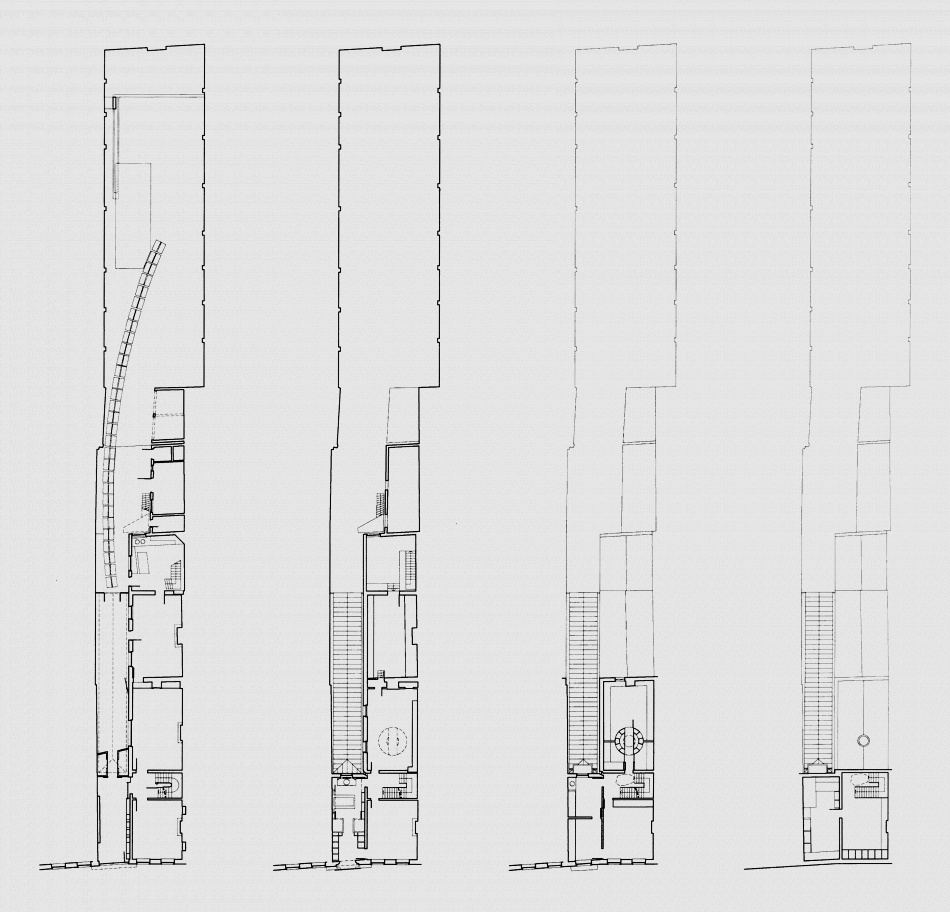 Double Up or In Unison. Encounters of Art and Architecture in the Work of Robbrecht en Daem architecten by Wouter Davidts
Pleasure in Making (2016) by Valérie Mannaerts is the latest outcome of three decades of collaborations between the architects Robbrecht and Daem and contemporary artists. The artwork was made for Victor, a café in the Brussels arts centre BOZAR (Centre for Fine Arts) that was recently refurbished by the architects and named after Horta, the architect of the renowned Palais des Beaux Arts. Upon the invitation... Read more
Encounters with
Juan Muñoz

De Causmaecker House
Lokeren, Belgium
1996–2001
The nineteenth-century, rather dark mansion with a narrow, long city garden in the center was transformed into a contemporary light-filled residence with a pharmacy. Above the renovated pharmacy and between the volumes of the main building, a patio gives a view of the tower of the 18th-century baroque church through wall-high windows, while a skylight brings daylight into the pharmacy workspace. The patio is like a heart between the various... Read more
Academiestraat
Ghent, Belgium
2012–…
The project involves the redevelopment of an inner-city block in the centre of Ghent to provide ninety residential units, some new-build and others partially housed in the protected monuments of the former Royal Academy of Fine Arts and fire station. These existing buildings flank a new semi-public interior street that serves as the backbone for the redevelopment of the entire block. The interior walkway connects with two new apartment buildings... Read more
Stokerij Ateliers and Housing
Leuven, Belgium
2016
Stokerij - the Dutch word for ‘distillery’ - Ateliers and Housing are part of the new urban development of the Dijledelta in Leuven. The Ateliers are located on the site of the former Stella Artois brewery, while the residential area is situated in between the former brewery and an old water tower.The original building of the brewery was a robust brick ruin refined with industrial art-deco details. The design for the renovation and re-... Read more
Slachthuissite
Antwerp, Belgium
2018–…
On the plots of land belonging to the former municipal slaughterhouse in Antwerp's Dam district, a master plan for a new part of the city is unfolding. The design by Robbrecht en Daem architecten includes three buildings within one of the building blocks. This is the first building block that will be built on the site. The head of this building block also marks the beginning of the future park.Despite the differences between the three buildings... Read more
Gallery and apartment Greta Meert
Brussels, Belgium
1989–1991
A penthouse was built on top of an industrial building with an art nouveau facade. This glass pavilion forms a still-life on the roof together with the technical installations enclosed inside a grating, and Isa Genzken’s work of art Camera. The frame of the work of art emphasises the role the flat plays as an observatory overlooking the town.... Read more
Close
Filter by type
Filter by status
Filter by category
Filter by tag