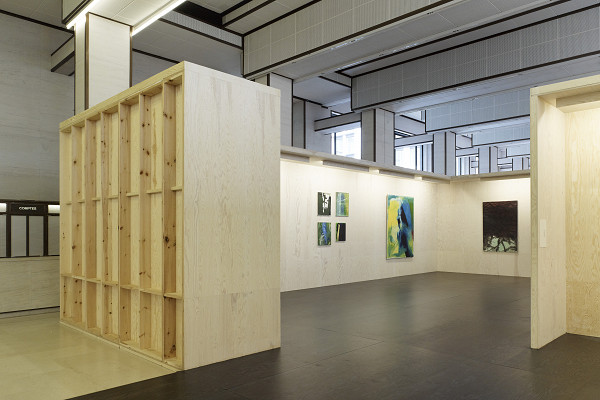 Raoul De Keyser’s oeuvre is permeated by an original, internal and inherently spatial constellation. De Keyser’s paintings do not fit within the Renaissance idiom of a window upon an illusory perspective. The paintings shift, glide, oscillate, overlap and, at times, they also fall. Even when they do in fact suggest an architectonic space, a cabinet for example, there is a certain spatial friction. It is precisely this extremely controlled sense of turmoil that lends the works their independence and noticeably removes them from the context in which they are shown. The structure and material construction of the works lends them a degree of autonomy; they juxtapose themselves against their architectural surroundings.
This is a particularly valuable and above all deliberate attitude, a balance on a knife’s edge between pictorial presence and space itself. The art of Raoul De Keyser is what it should be: a critical presence. This challenge, therefore, has its advantages. It demands that the architecture adopts the role of a guardian towards the works of art, a shelter; it asks that it define a path, a trajectory; it asks for light and visibility. And it asks, above all, that it be a place for the encounter between image and viewer. ‘Initiatief’ (Ghent, 1986), ‘Documenta IX’ (Kassel, 1992) and ‘The Things I See’ (Brussels, 2011) are all, as much as they are experiences, what we would also call critical encounters.
The exhibition architecture for ‘The Things I See’ took place in the counter hall of the former seat of the Belgian Postal Service by Victor Bourgeois, now the Flemish Parliament. Within this very specific architectural environment of Bourgeois, with its rhythm of beams, a course of walls was created and a slightly raised, dark wooden floor was put down. A route was marked off with the help of five niches – U-shaped interior spaces with rectangular ground plans of unequal sizes – with as a ceiling only a winding narrow edge, on which the lighting has been hung. The five large niches lay perpendicular to one another in a row behind and opposite one another, creating a sense of intimacy while screening off the works. It is only in the rooms themselves, and through some incidental perspectives from one room to the other, that we see De Keyser’s intimate, modest painting.
Tags
Art Natural Daylight Bench Objects Scenography
Client
Flemish Parliament
Architects
Robbrecht en Daem architecten
Program
scenography for the exhibition ‘De dingen die ik zie/The Things I See’ by Raoul De Keyser
Location
Brussels, Belgium
Date
2010–2011
Status
Dismounted
Floor Area
300 m2
Team
Paul Robbrecht, Hilde Daem, Johannes Robbrecht, Florence Daem
Curated By
Robert Hoozee 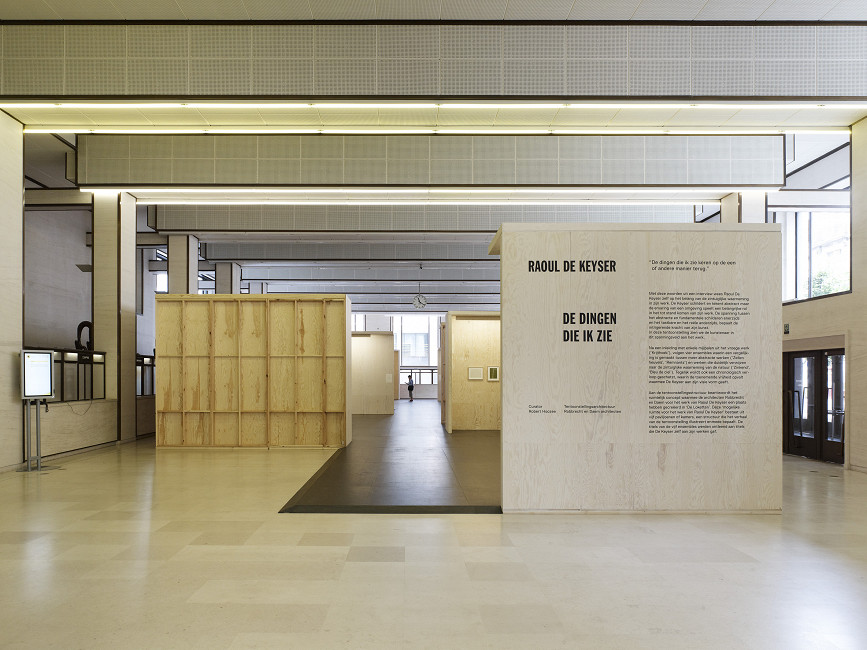 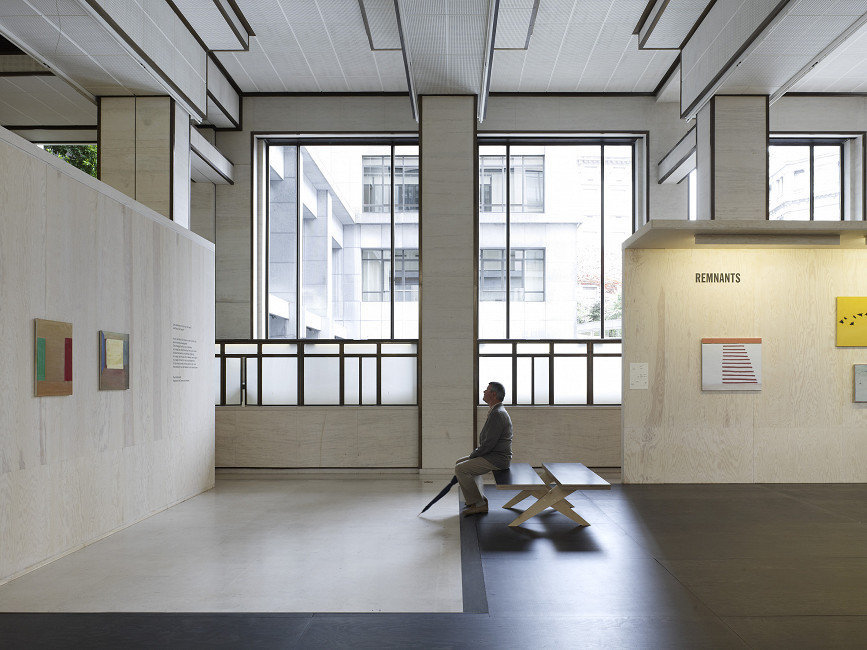 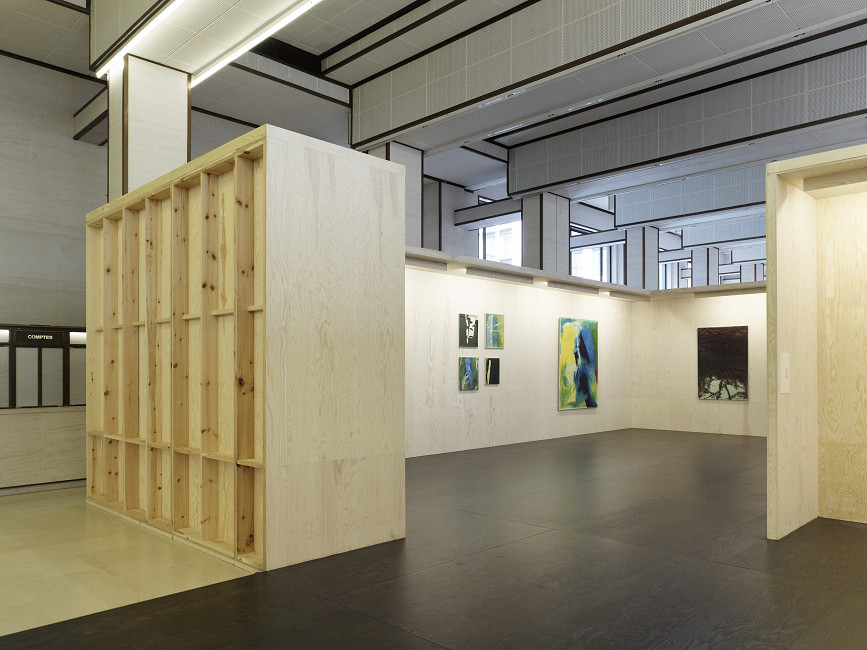 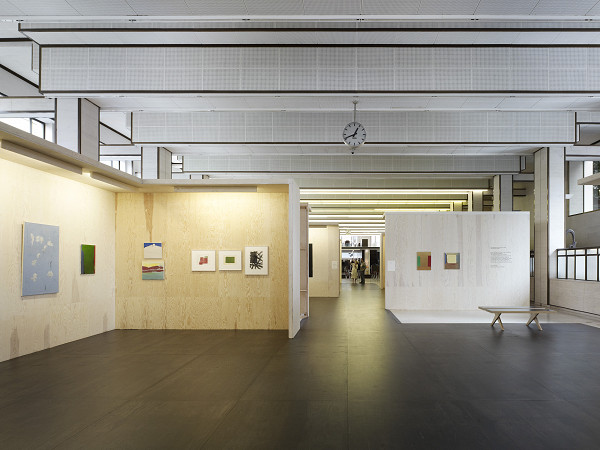 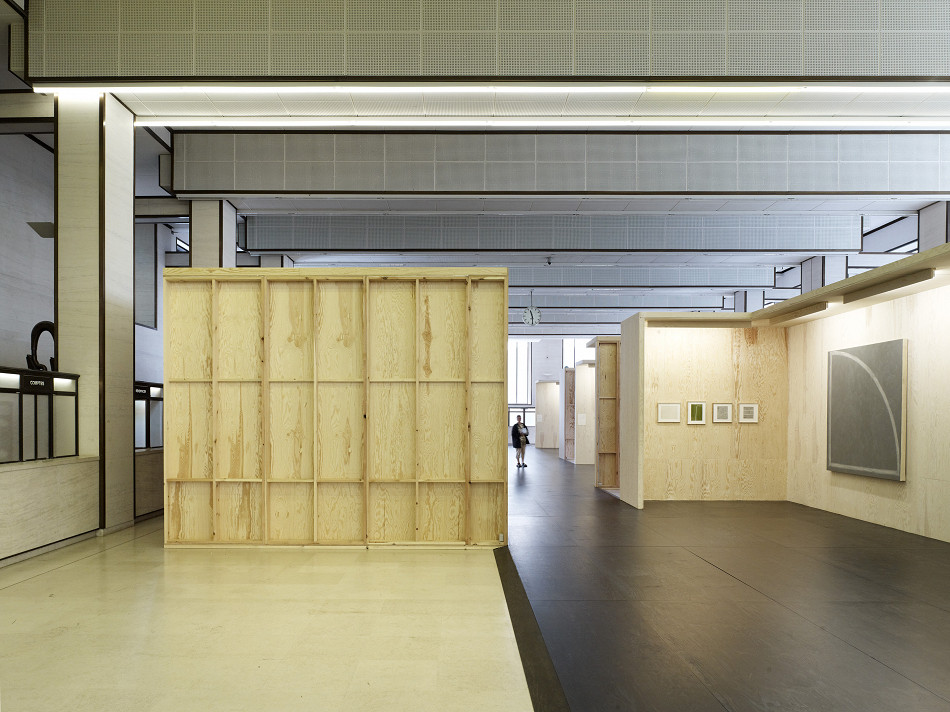 Raoul De Keyser: Oeuvre
Ghent, Belgium
2018–2019
After an earlier intervention in the artist's studio and scenographies for his work in Initiatief 86, Documenta IX and De Dingen Die Ik Zie, Robbrecht en Daem architecten were also responsible for the scenography of the middle space of Raoul De Keyser's first posthumous retrospective. This central room became a kaleidoscopic space, a pentagonal form with different sides.... Read more
Udarnik Theatre
Moscow, Russia
2014
The general concept of the design focuses on the various ways of experiencing art. Three museological rooms, heart of the Udarnik project, differ regarding user experiences. Large differences of scale and light atmosphere stimulate the museological experience. The three exhibition rooms are modules that can be arranged differently, this ensures the flexibility and continuity of Udarnik: The Incubator on the groundfloor, a central hall as a free... Read more
Lokremise - Sammlung Hauser & Wirth
Sankt Gallen, Switzerland
1999–2000
The design of the locomotive depot for the collectors Hauser & Wirth is the result of Robbrecht en Daem’s longterm association with artists and artworks. The Lokremise, or Lok depot, was not initially conceived as a museum, but as a collection display. The architecture was imagined in relation to the artworks. From the start, therefore, Paul McCarthy’s toppled studio, known as “The Box”, was included in the project and the architecture was... Read more
Mies van der Rohe 1:1 Model Golfclubhaus
Krefeld, Germany
2011–2013
In the summer of 2013 Robbrecht en Daem architecten realizes a temporary pavilion based on a competition design by Ludwig Mies van der Rohe from 1930. The design, a clubhouse for a golf course in the gently rolling countryside around the former industrial city of Krefeld, Germany, was never built at the time it was designed. Christiane Lange, art historian and curator for ProjektMIK, invited Robbrecht en Daem architecten to design an objet d'... Read more
Gallery Xavier Hufkens
Brussels, Belgium
2017–2022
Xavier Hufkens – a leading contemporary art gallery in Europe – will reopen its Sint-Jorisstraat gallery in Brussels on Thursday, June 2, 2022, following a spatial reformulation of the existing flagship gallery with an important new extension. The design by Robbrecht en Daem architecten holds a special connection to the building’s history.... Read more
Close
Filter by type
Filter by status
Filter by category
Filter by tag