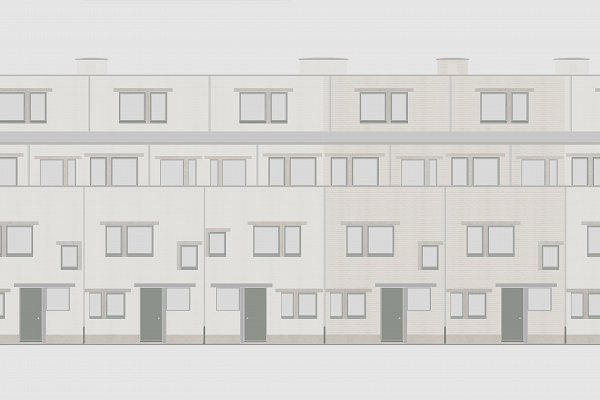 On an old industrial site near the Leuven Vaartkom, the Sluispark and the Small Beguinage, we find the Bottelarij residential site. The neighbouring historical beguinage forms the basis of the language of colours and shapes used in this new project. Variations on the cobblestone alleyways, garden walls, limewashed facades and the green-coloured joinery are extended in the new urban fabric. As an honest building and structure of its time, the new building also seeks to contrast with the beguinage. Lintels accentuate the window openings and provide a certain friction between the linearity of the framework and the roughness of the bare façades.
In concrete terms, the site comprises single-family houses with a garden, flats and student studios. The latter are always the vertical 'extension' of a house. In fact, two floors have been placed on top of the family homes with units that can be reached separately via passerelles and - typical of this project - concrete external staircases.
Tags
Urban Student studios Adaptive reuse
Client
Virix
Architects
Robbrecht en Daem architecten, Styfhals architecten
Program
39 apartments and 56 houses with a garden
Location
Leuven, Belgium
Date
2014–…
Status
Ongoing
Floor Surface
5155 m2
Team
Paul Robbrecht, Hilde Daem, Johannes Robbrecht, Trice Hofkens, Kim Poorters, Luc Beckstedde, Béatrijs Noppe, Tine Bulckaen, Tim Deltour, Bert Schellekens, César Watterlot, Sofie Weytjens, Esther Schepens
Landscape
ontwerpbureau Pauwels
Execution Architect
Styfhals & partners 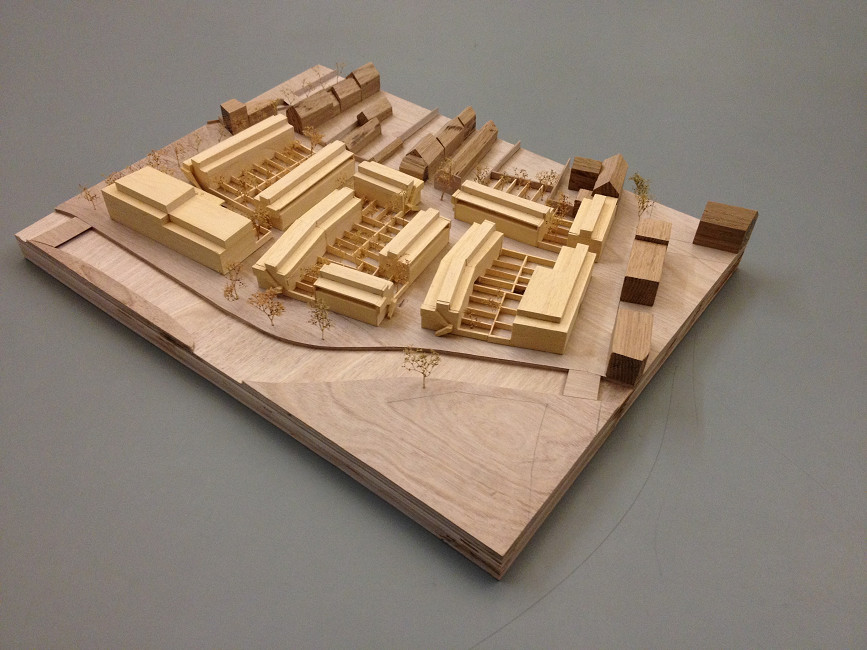 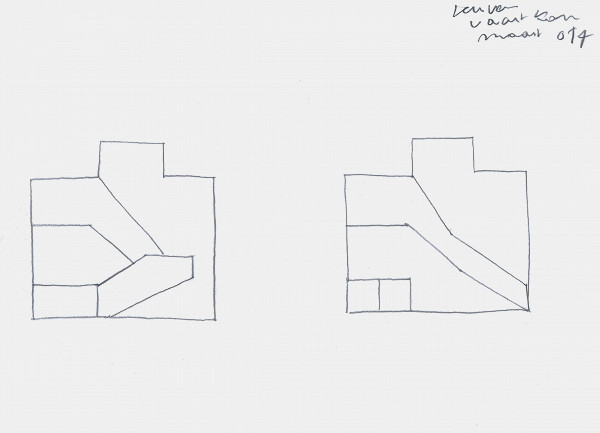 Academiestraat
Ghent, Belgium
2012–…
The project involves the redevelopment of an inner-city block in the centre of Ghent to provide ninety residential units, some new-build and others partially housed in the protected monuments of the former Royal Academy of Fine Arts and fire station. These existing buildings flank a new semi-public interior street that serves as the backbone for the redevelopment of the entire block. The interior walkway connects with two new apartment buildings... Read more
Drie Leeuwen
Vilvoorde, Belgium
2009–2014
De Drie Leeuwen is a project in Vilvoorde consisting of three residential buildings, of which the first phase, a 14 story tower of 70 appartments, has been completed. The project creates a valuable infill at the corner where the Medialaan and Tweeleeuwenweg meet. The completed building is part renovation, part new build whereby the existing apartment block is extended on one side to create a T-shaped plan. A lively facade of balconies on the new... Read more
Michiels House
Essene, Belgium
1999–2003
A complex but recognisable setting is composed of a church, a vicarage, a glebe, a brick silo, a brewery, and above all a set of large trees. In short, an idyllic and typical Flemish landscape that somehow predates the Second World War neither touched nor spoiled. In all its aristocratic allure, the 18th-century vicarage exudes a forgotten past that poses a real challenge to all things new. The humble garden walls form a dominant role in the... Read more
De Causmaecker House
Lokeren, Belgium
1996–2001
The nineteenth-century, rather dark mansion with a narrow, long city garden in the center was transformed into a contemporary light-filled residence with a pharmacy. Above the renovated pharmacy and between the volumes of the main building, a patio gives a view of the tower of the 18th-century baroque church through wall-high windows, while a skylight brings daylight into the pharmacy workspace. The patio is like a heart between the various... Read more
Katoen Natie VA
Antwerp, Belgium
2017–2022
This corner building houses an exhibition and event space for Katoen Natie, combined with residential units above. The project is situated adjacent to the company headquarters. The headquarters - which consists of several former port warehouses - was previously renovated by Robbrecht en Daem architecten. The new project visually relates to it as a sort of continuation of the earlier work. The choice of a concrete façade and an aligned cornice... Read more
Close
Filter by type
Filter by status
Filter by category
Filter by tag