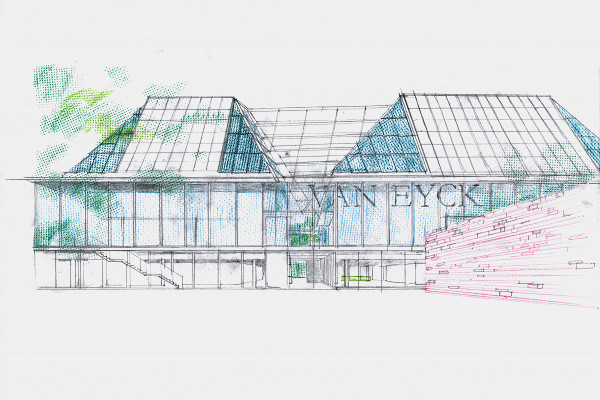 On a site on the Garenmarkt, next to the Groeningemuseum, a new exhibition hall will be erected by the end of 2024 that will house two museum spaces and opens out onto a new park. The exhibition areas will be constructed at a raised level and will be separated from each other by a public passageway (Scala Grande), so that an open, transparent and freely accessible ground level will be created. This ground level will be given over in its entirety to the city, its inhabitants and its visitors. The exterior of BRUSK will be completely covered in textured and electricity generating glass ‘scales’, which will provide the building with a sustainable form of energy. At the request of the City of Bruges, the exhibition areas will be sufficiently spacious to accommodate international travelling exhibitions of both classical and contemporary works. However, the exhibition rooms will also be designed with sufficient flexibility, so that they can be divided up into smaller spaces to allow a number of exhibitions, performances or other events to take place at the same time. BRUSK’s exhibition rooms will stand out in the museum landscape, not only by virtue of their sublime natural fall of light (from the north side, as was usually the case in the great artistic workshops of the past), but also because of their unique height of 13,75 metres (making them reminiscent of a church or cathedral). In this way, BRUSK breaks with the trend of most museums and exhibition spaces, which tend to avoid making use of natural light, preferring to rely almost exclusively on its electric alternative.

With several large architectonic buildings (such as the Onze-Lieve-Vrouwekerk, the Belfry, the Market Square (Grote Markt), Sint-Salvator Cathedral, the Arentshuis Museum and the Groeningemuseum) in the immediate vicinity, BRUSK forms a cluster with other very important components in the city. These neighbouring monuments played a fundamental role in determining the design for BRUSK, they provide the site with a magisterial inner-city landscape. The two visual axes – one running in the direction of the Belfry and the other in the direction of the Onze- Lieve- Vrouwekerk – invest the design with a deep sense of urban connectivity.

Out of respect for the surrounding buildings, BRUSK will preserve the existing visual axes. The new building will not attempt to impinge on the visual profile of the city. The historic skyline will therefore remain unaltered. BRUSK will be positioned in the middle scale of buildings and building elements, which characterise a city by virtue of their special and specific functions. The building does not make its presence felt by virtue of its height, as is the case with primary historical buildings, such as a church, cathedral or belfry. Instead, you discover it by walking through a sequence of alleys, passageways and an enclosed garden. It does not necessarily call on walkers to stop; the central public passageway makes it possible to walk through the entire complex without stopping. One doesn’t walk around or past the building; one walks through it, even if one does not intend to visit the exhibition. BRUSK is an urban gesture of invitation. It is more like a public square than a public building, which openly and freely creates and stimulates opportunities for encounters between the public and art.
Tags
Art Museum Pavilion Bar Restaurant Theatre Natural Daylight Cinema Collaboration Historical City Colour
Client
City of Bruges
Architects
Robbrecht en Daem architecten, Olivier Salens architecten
Program
Exhibition hall with two museum spaces that open out onto a park
Location
Bruges, Belgium
Date
2019–2022
Status
Ongoing
Floor Area
9.500 m2
Team
Paul Robbrecht, Hilde Daem, Johannes Robbrecht, Joris Van Huychem, Brecht Casier, Magdalena Jendras, Benjamin Rea, Mien De Vriendt, Bert Schellekens
Structural Engineering
Ney & Partners
Services Engineering
Studiebureau De Klerck (SDK), Max Fordham (Building services engineering, London, United Kingdom)
Acoustics
Bureau De Fonseca
Landscape
Georges Descombes, Geneva, Switzerland, Tractebel engineering
Contractor
CIT Blaton
Museum Expert
Wouter Davidts, Frits Scholten
Lighting
Max Fordham
Fire Engineering
Delta-GC
Security
Allseccon security consultancy
Sustainability
SuReal, Sunsoak Design
Flows
360 Solutions 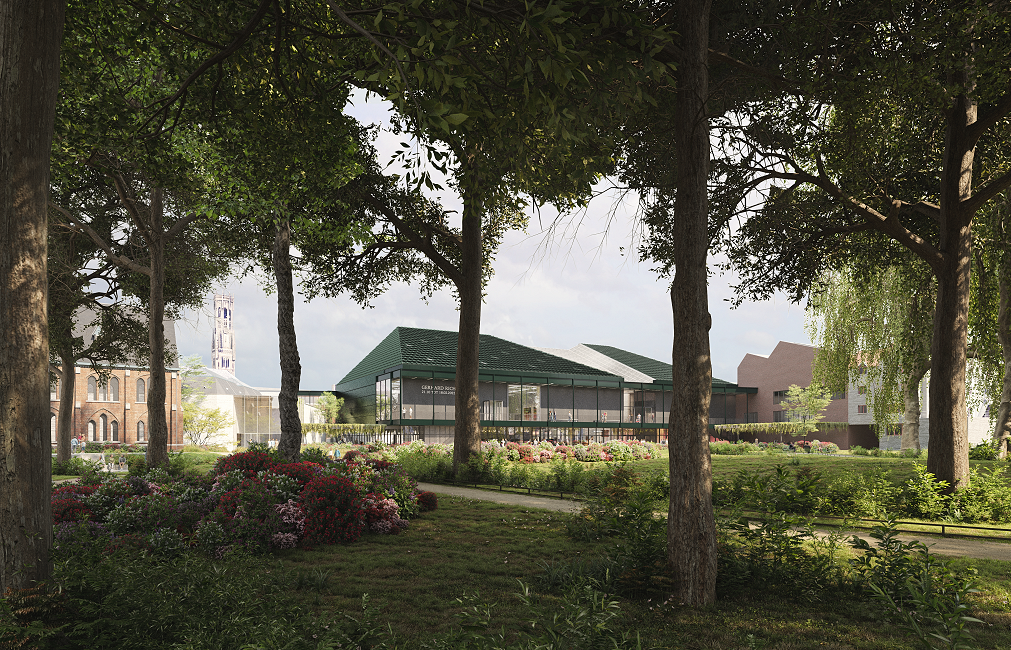 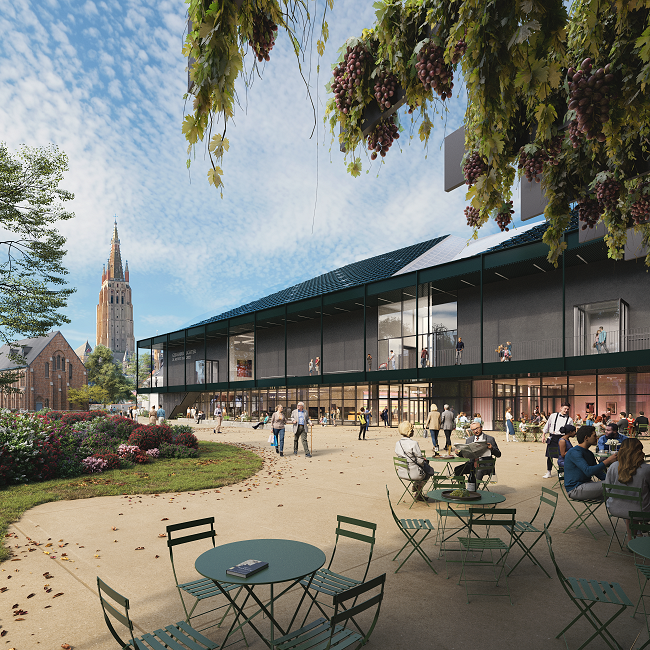 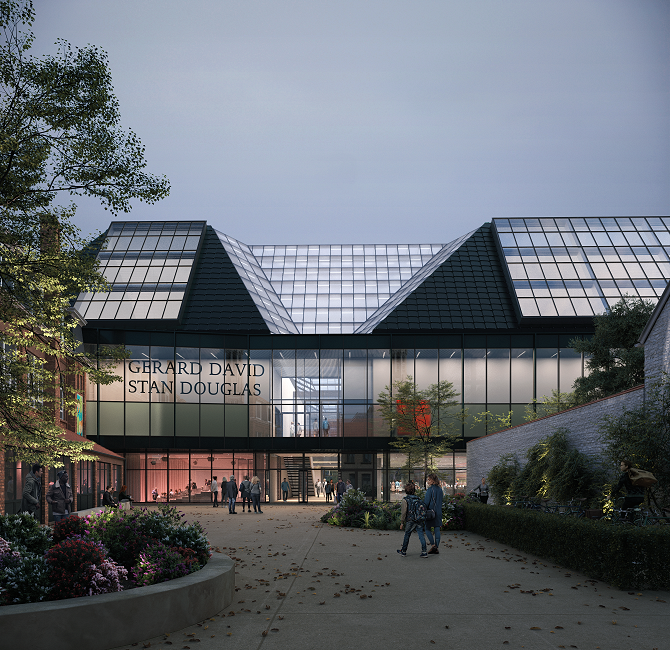 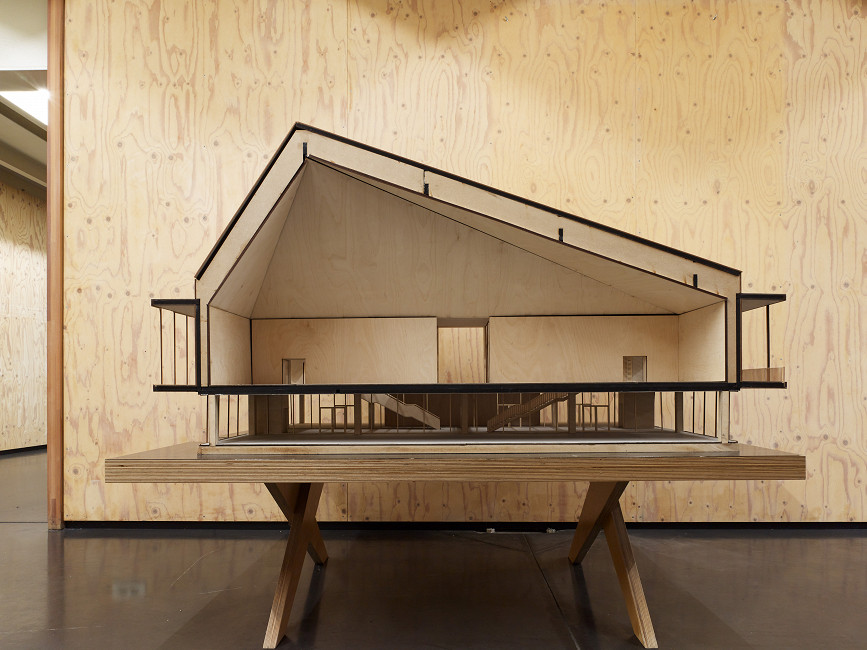 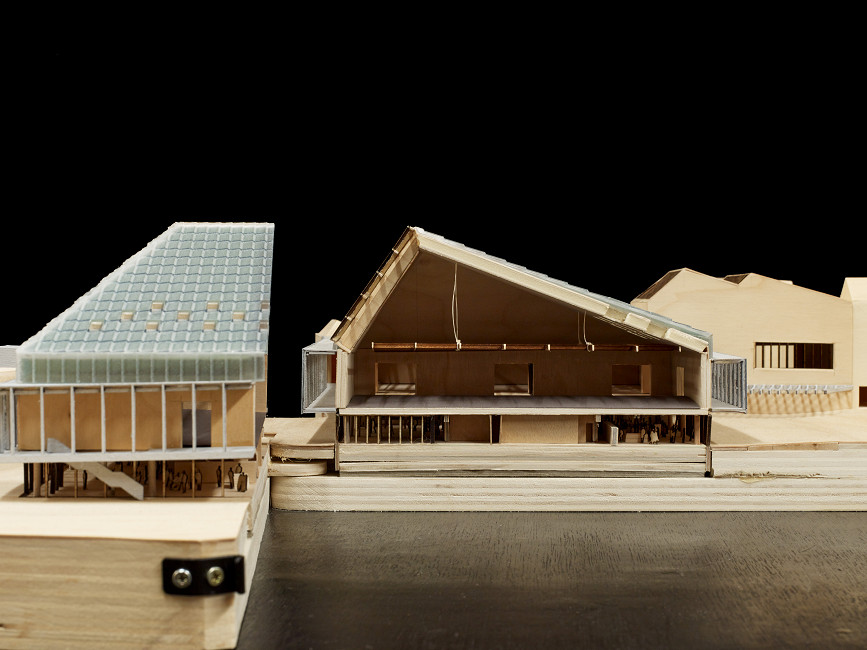 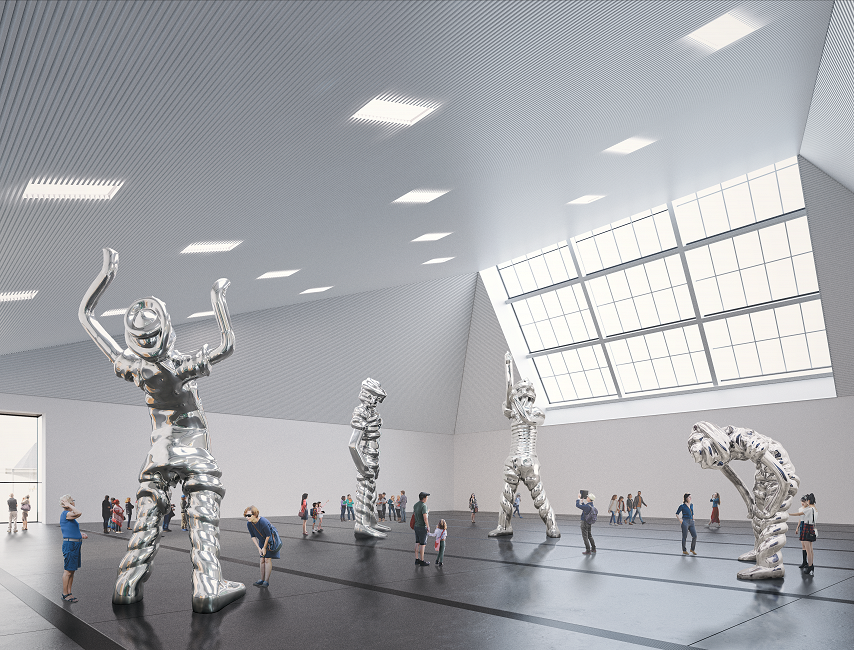 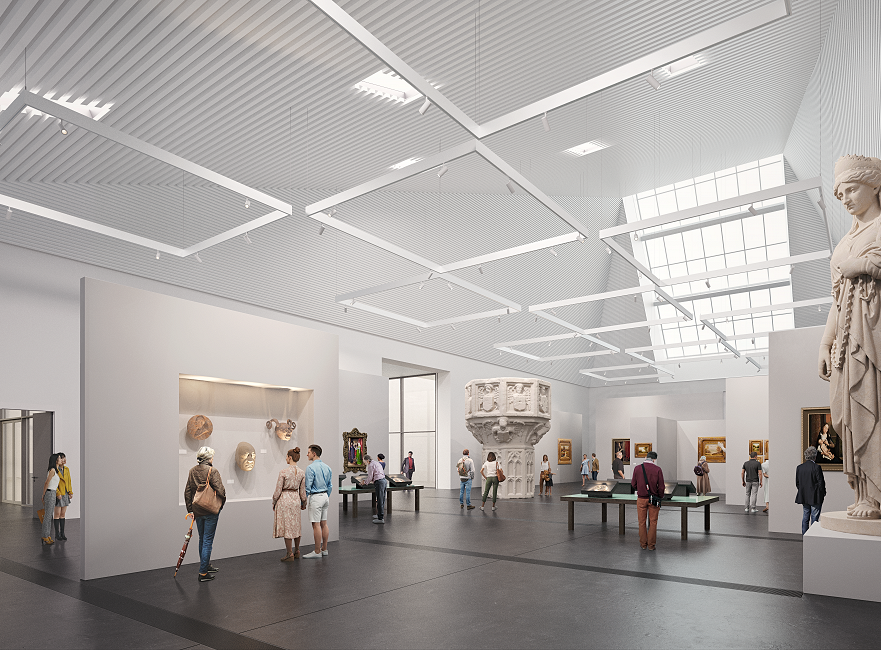 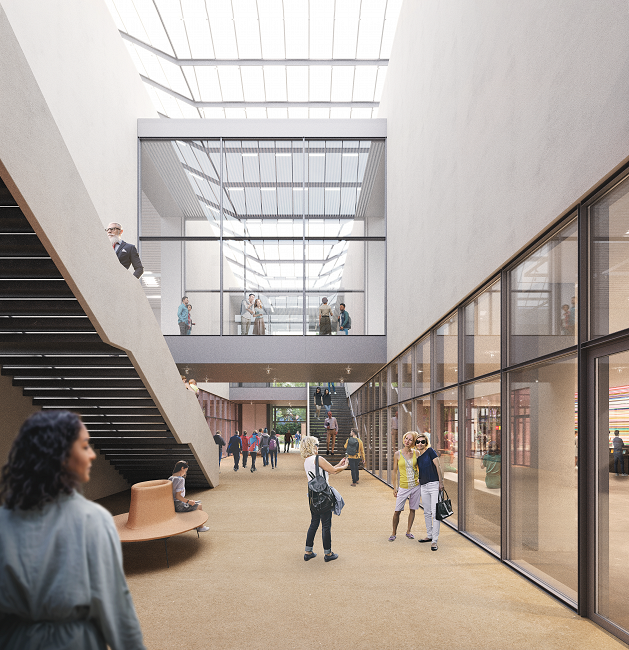 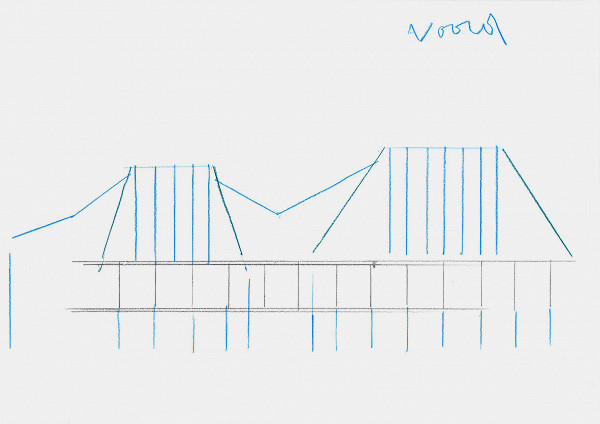 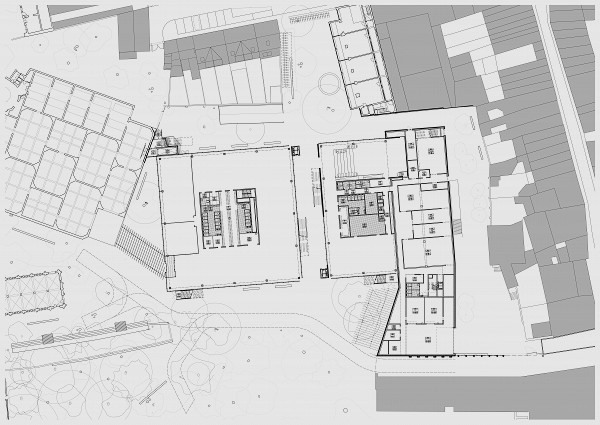 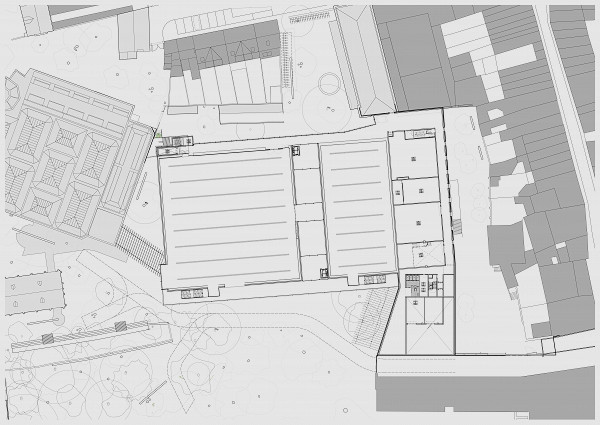 ‘No space, architecturally, is a space unless it has natural light.’
Louis Kahn 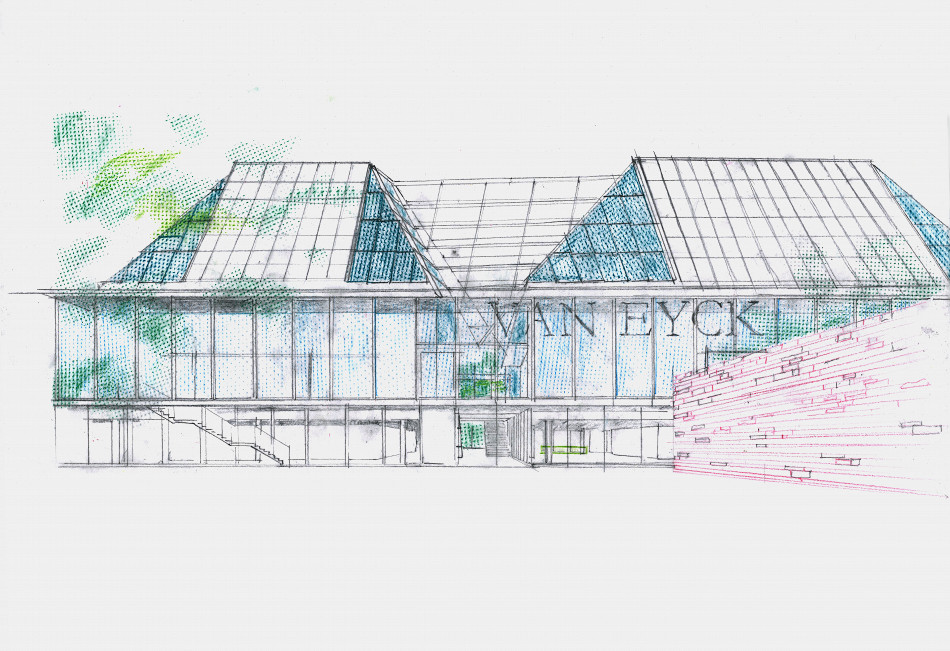 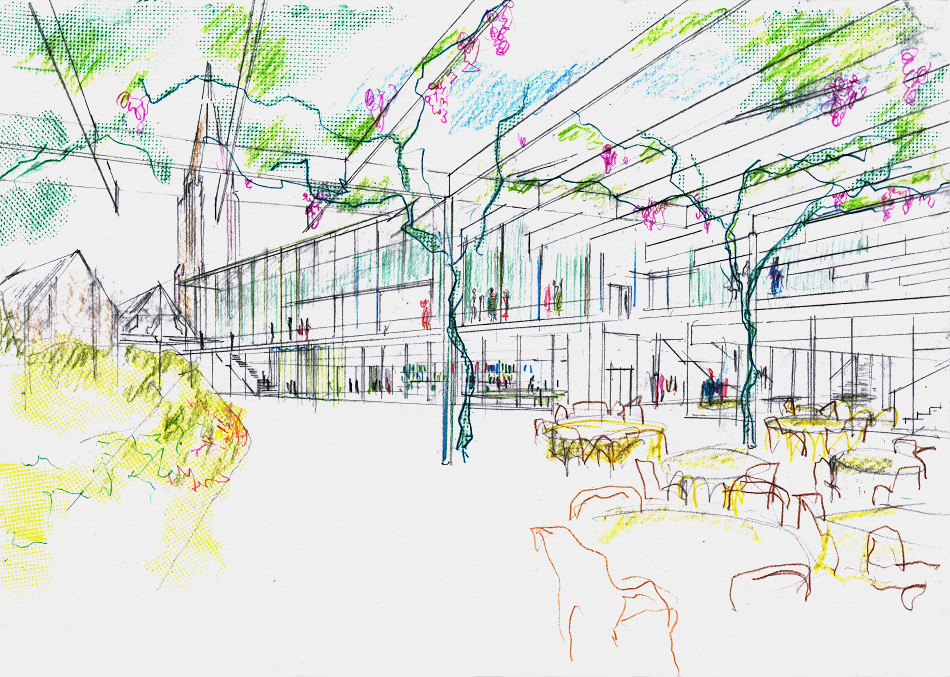 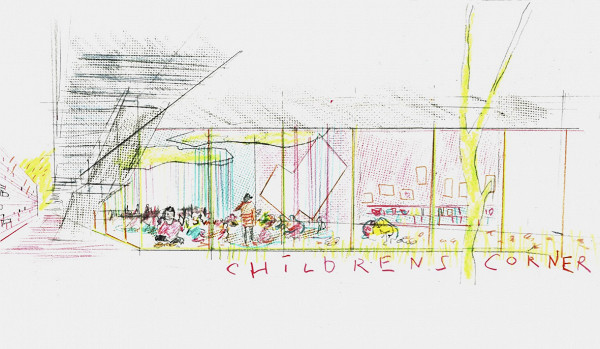 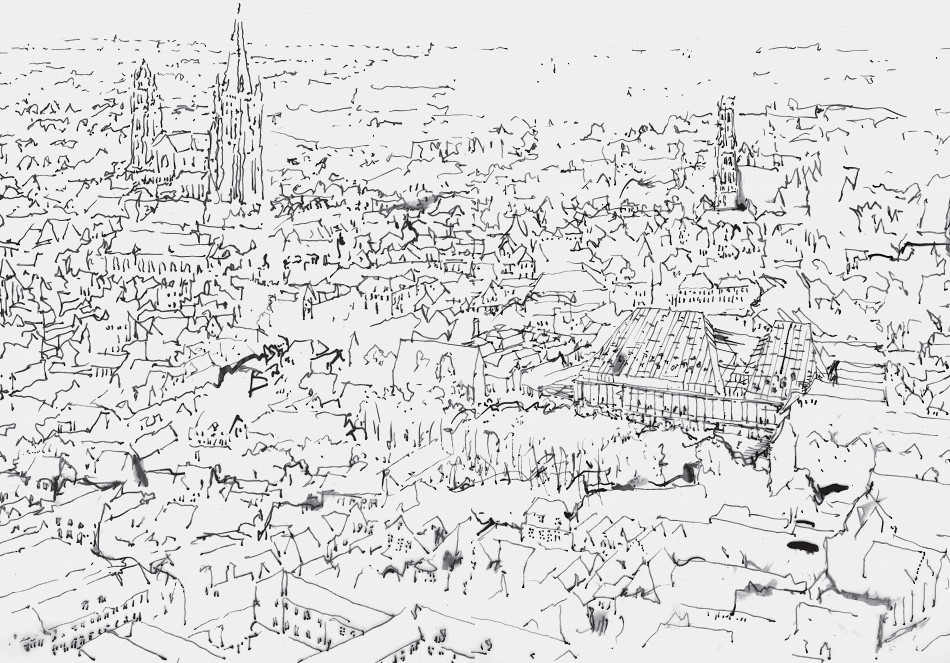 The Virtues of Natural Light. Robbrecht en Daem's design for BRUSK by Wouter Davidts
A space without natural light, architect Louis Kahn once stated, does not deserve to be called architecture. With and through light a building becomes real; it becomes inscribed in the cyclical time of the seasons. This thought seems too obvious to be defended. Nothing could be further from the truth when it comes to museums. The bulk of museums being built today eschew natural light.... Read more
25.01.2021
Now 1: BRUSK: New exhibition hall for Bruges

Raoul De Keyser’s oeuvre is permeated by an original, internal and inherently spatial constellation. De Keyser’s paintings do not fit within the Renaissance idiom of a window upon an illusory perspective. The paintings shift, glide, oscillate, overlap and, at times, they also fall. Even when they do in fact suggest an architectonic space, a cabinet for example, there is a certain spatial friction. It is precisely this extremely controlled... Read more
Boerentoren
Antwerp, Belgium
2021–2022

For the redevelopment of the Boerentoren in Antwerp, the central question was how this tower - which previously served mainly as an office building - could optimally exude culture in the future and house the patrimony of The Phoebus Foundation. Robbrecht en Daem's design was built around the democratic idea of making art as accessible as possible. To make art and 'life' coexist.Encounters with art are far from obvious. On the completely open and... Read more
Udarnik Theatre
Moscow, Russia
2014
The general concept of the design focuses on the various ways of experiencing art. Three museological rooms, heart of the Udarnik project, differ regarding user experiences. Large differences of scale and light atmosphere stimulate the museological experience. The three exhibition rooms are modules that can be arranged differently, this ensures the flexibility and continuity of Udarnik: The Incubator on the groundfloor, a central hall as a free... Read more
I Fiamminghi a Roma
Brussels, Belgium
1995
Scenography of an exhibition in BOZAR Brussels on Flemish Artists in Rome during the Renaissance... Read more
House Where It Always Rains
Barcelona, Spain
1992
In 1992, on the occasion of the Olympic Games in Barcelona, Robbrecht en Daem architecten collaborated with Juan Muñoz to create a pavilion titled the House Where It Always Rains. Pavilions are structures where art and architecture come together in the heady pursuit of pure experimentation. Somewhere between a folly and a model, the pavilion is an actual space, constructed so it can be occupied and looked at; but it has no apparent purpose.... Read more
Close
Filter by type
Filter by status
Filter by category
Filter by tag