BAC Bank in Kerksken is a local bank branch and is one of the very first projects of Robbrecht and Daem architecten. The building stands on a plot that is grafted diagonally to the street and had to be bordered on one side by a blind facade. The complex geometry of this plot was therefore the basis of the design for the layered facade and the play of perspectives that it creates. With a bus stop on the doorstep, the facade projection gained additional functionality and provides shelter for waiting passengers. A concrete shell on the northeast side visibly encircles the building and helps to give it a secure appearance.
A bank is traditionally characterized by a duality in its program, being on the one hand a public place where everyone can consult the counters and bank machines, and on the other hand a house of absolute discretion and security. This contradiction between an open and closed character comes together not only in the facade, but also in the structure within. A curved wall strictly screens off one layer of the program from the other, while allowing natural light into the core.
Tags
Office
Client
BAC
Architects
Robbrecht en Daem architecten
Program
Bank building
Location
Kerksken, Belgium
Date
1987–1989
Status
Completed
Floor Surface
425 m2
Team
Paul Robbrecht, Hilde Daem, Marleen Dilissen
Structural Engineering
BAS (Dirk Jaspaert) 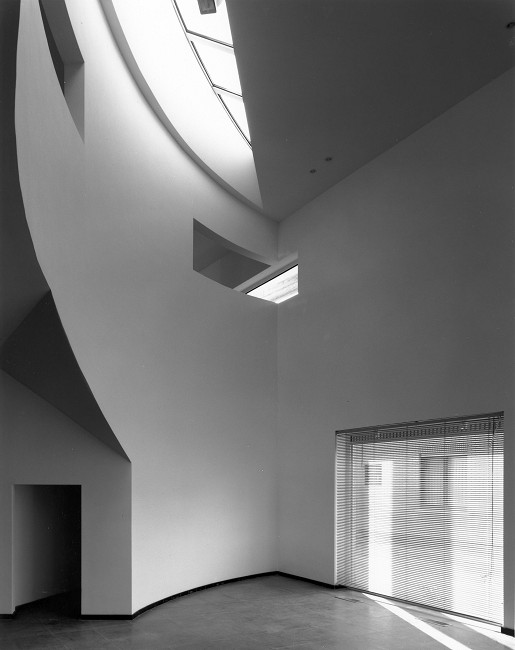 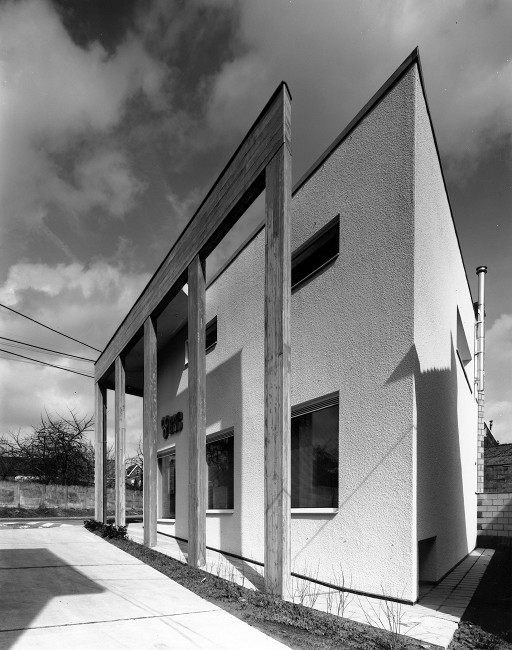 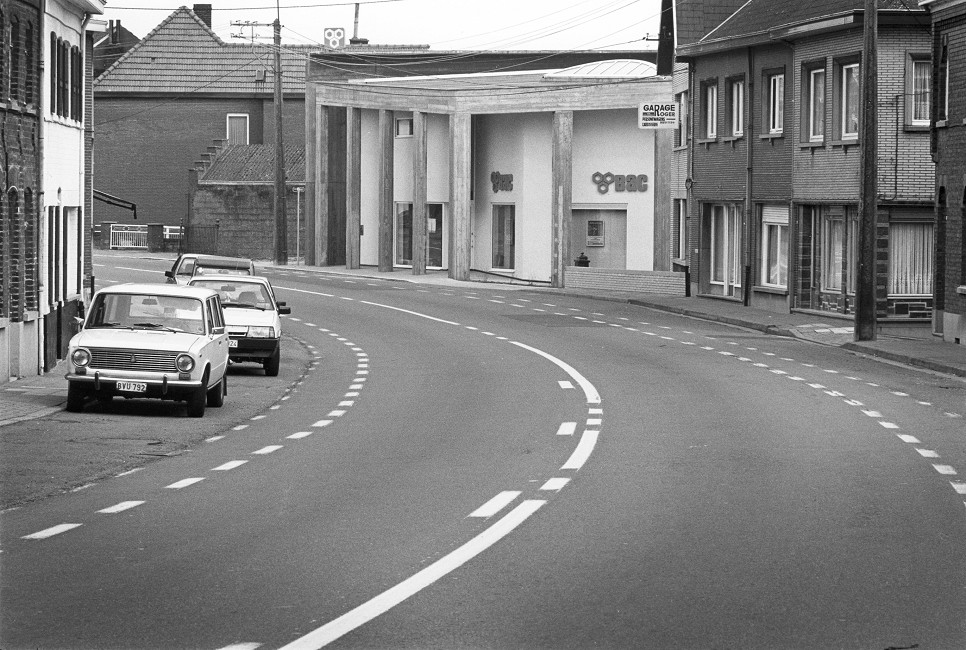 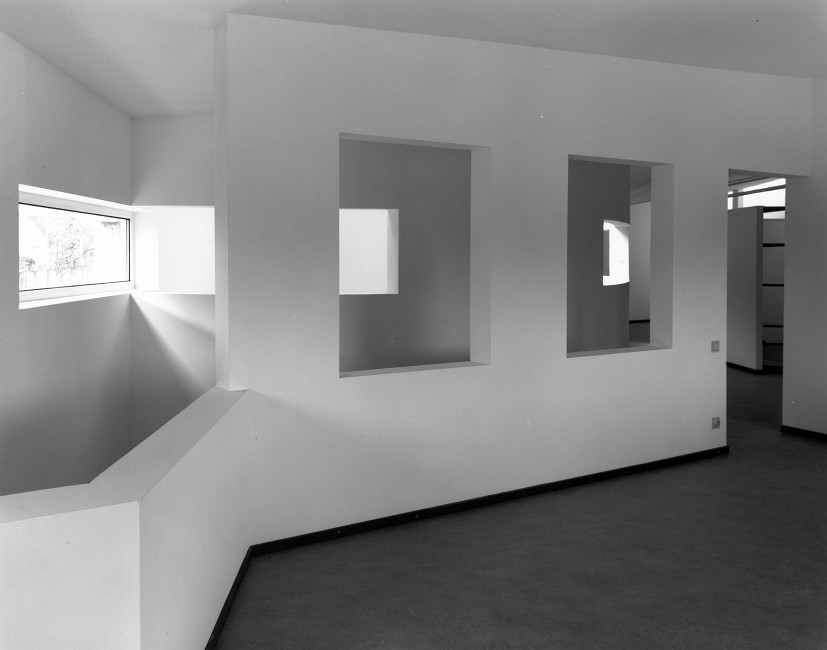 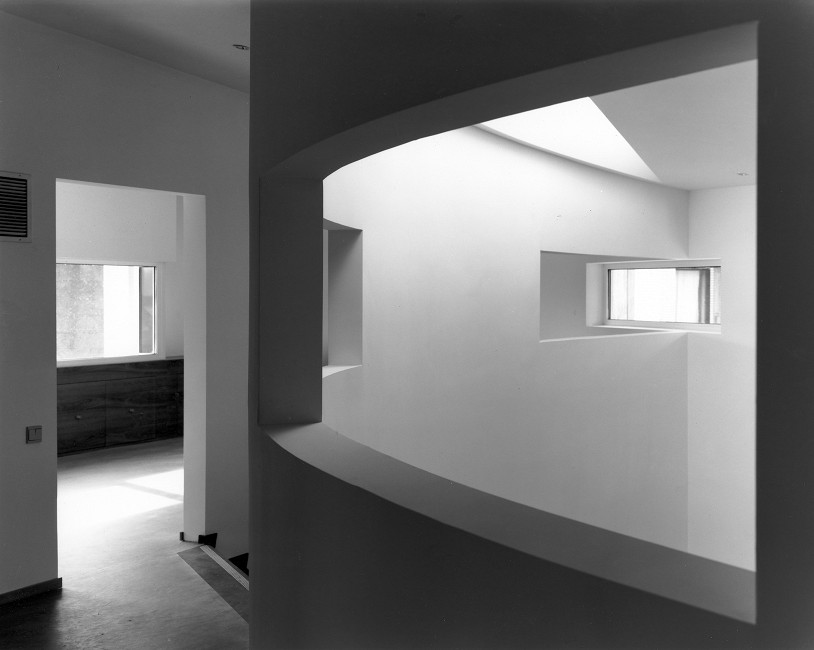 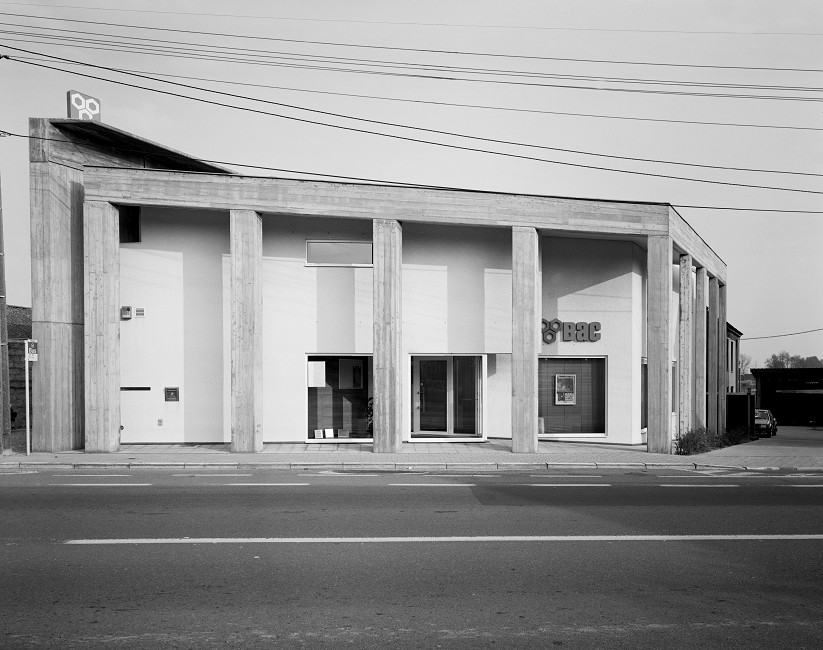 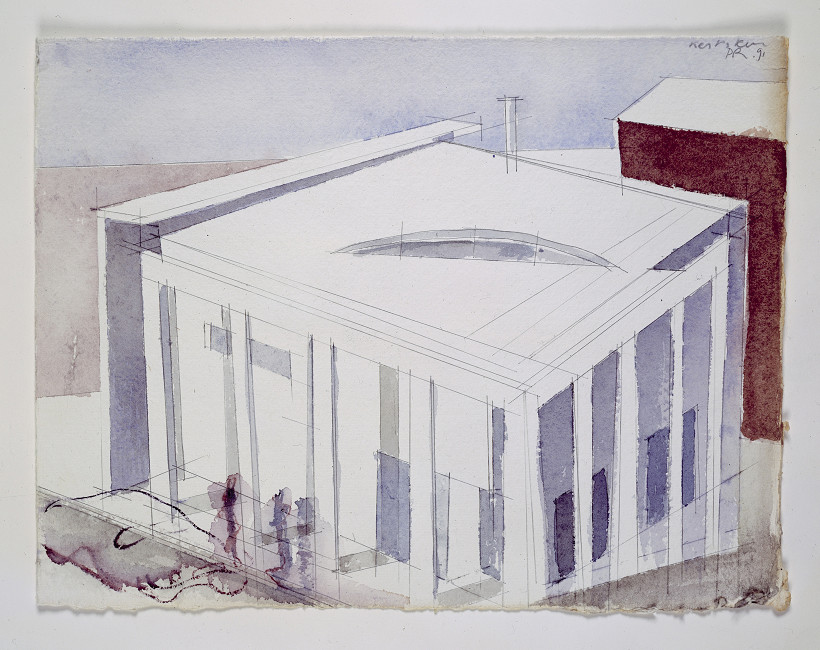 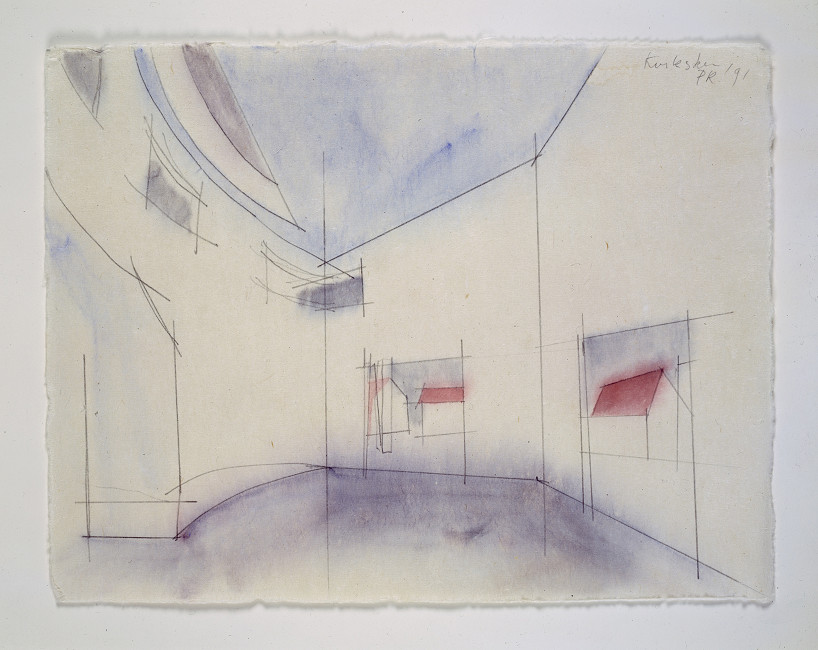 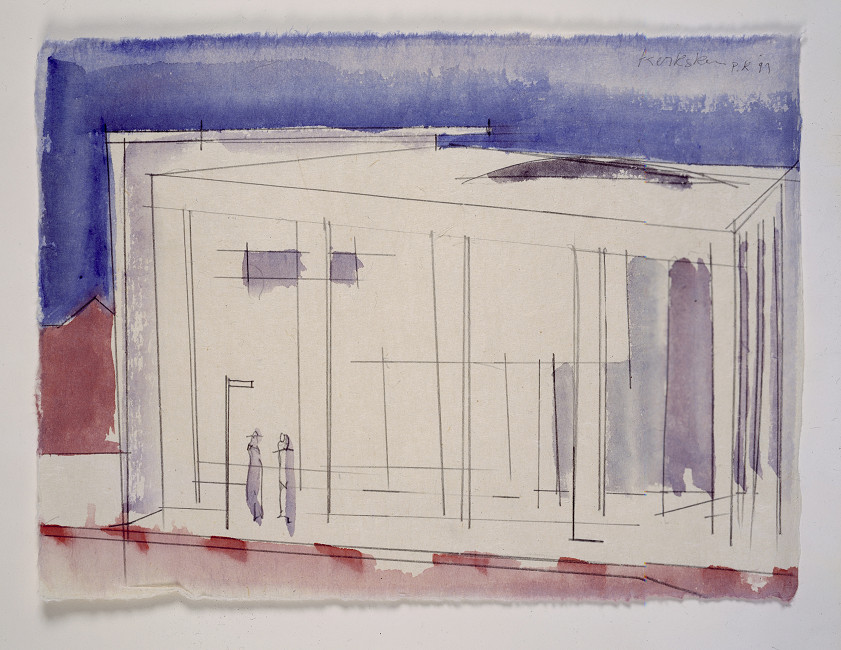 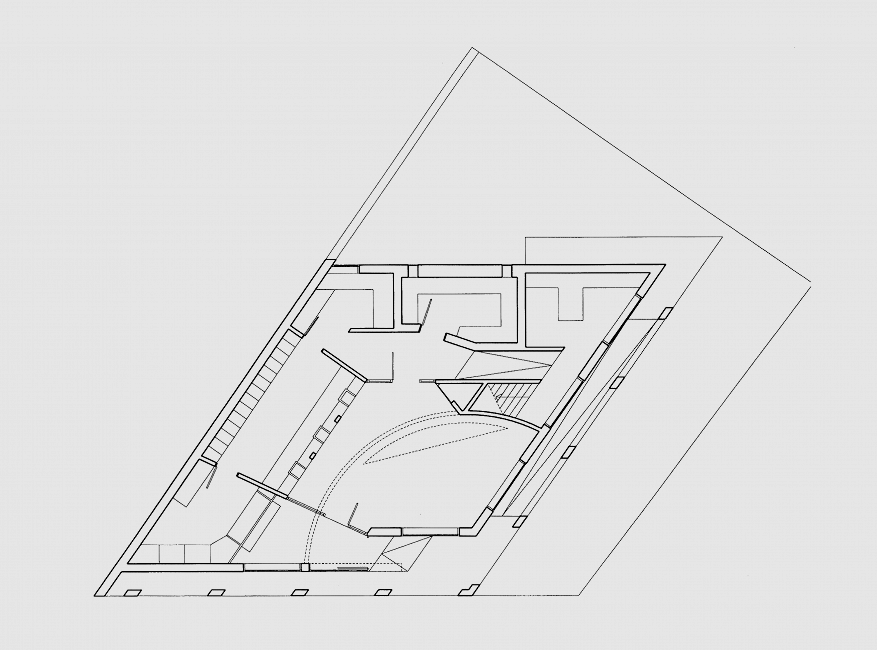 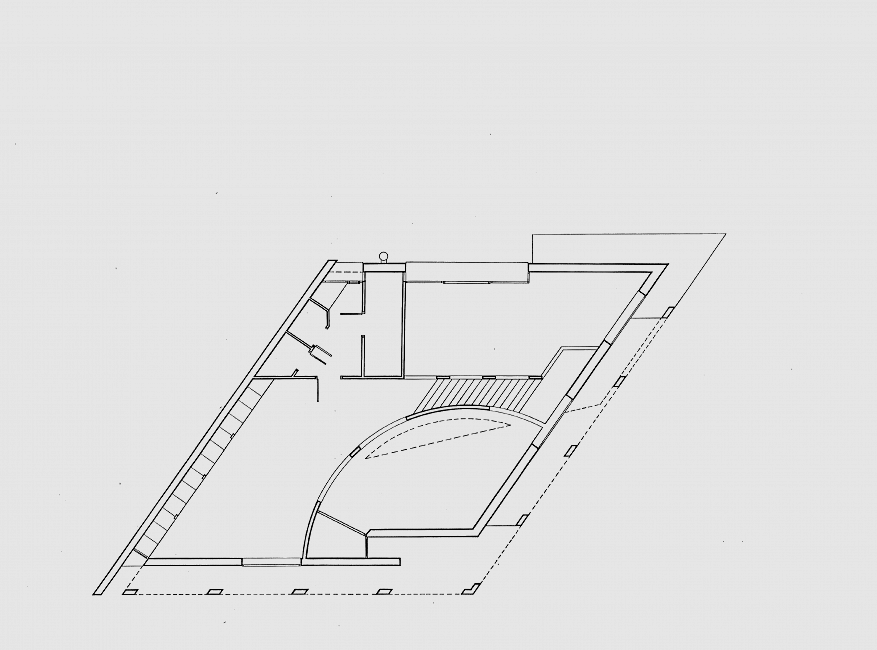 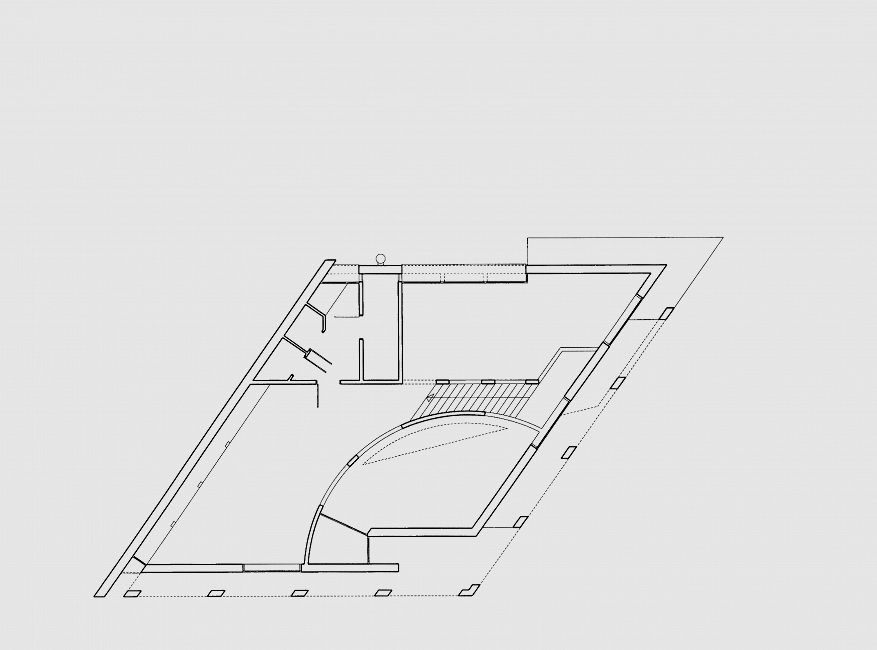 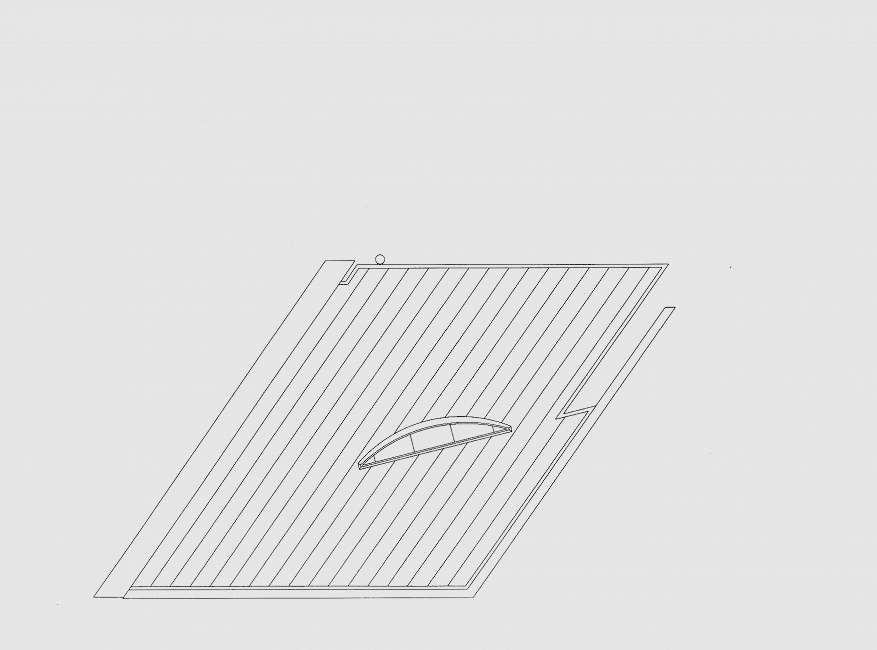 Katoen Natie
Antwerp, Belgium
1992–2000
An extraordinary play of light is to be found in two of the former harbour warehouses that accommodate the Ka­toennatie in Antwerp. In one of them, domes in alabaster and leaded glass function as new skylights – designed by the Spanish artist Cristina Iglesias – and on top of the other is a roof of wooden slats through which sunlight slips in many layers. A new four-storey building connects the former warehouses. The ensemble of old and new... Read more
Stokerij Ateliers and Housing
Leuven, Belgium
2016
Stokerij - the Dutch word for ‘distillery’ - Ateliers and Housing are part of the new urban development of the Dijledelta in Leuven. The Ateliers are located on the site of the former Stella Artois brewery, while the residential area is situated in between the former brewery and an old water tower.The original building of the brewery was a robust brick ruin refined with industrial art-deco details. The design for the renovation and re-... Read more
Media Building
Brussels, Belgium
2015–2019
Clad in a crystalline skin of structured glass and brass-coloured anodized aluminium frames, this park building is embedded in the variable topography of its site, with each side responding to a different context. Whereas the long facade addresses the longitude of the park and the frontality of the ‘Ereperk der Gefusilleerden’, a military cemetery for both World Wars, the northern volume anchors the building in the urban fabric... Read more
Le Pin
Pomerol, Bordeaux, France
2007–2011
The storehouse for wine barrels, the ‘Chai à barriques’, is entirely underground and is the heart of the building. This reduces the overall height of the building, which keeps its impact on the surroundings to a minimum.&nbsp;Wine production is carried on in the ‘Cuvier‘ on the ground floor, a functional area spanned by a vault of inclined roof planes. Light enters through windows at the corners. A separate tower houses a reception area... Read more
Katoen Natie VDW
Antwerp, Belgium
2020–…
Located between the many historical warehouses in the ‘Natiebuurt’ and around the corner from their headquarters, Robbrecht en Daem architecten designed this new residential building for Katoen Natie. On the one hand, the design refers to the surrounding 'warehouse architecture', but it also wants to retain the smaller grain and vertical articulation of the existing terraced houses. The staggered cornice emphasises this verticality and... Read more
Close
Filter by type
Filter by status
Filter by category
Filter by tag