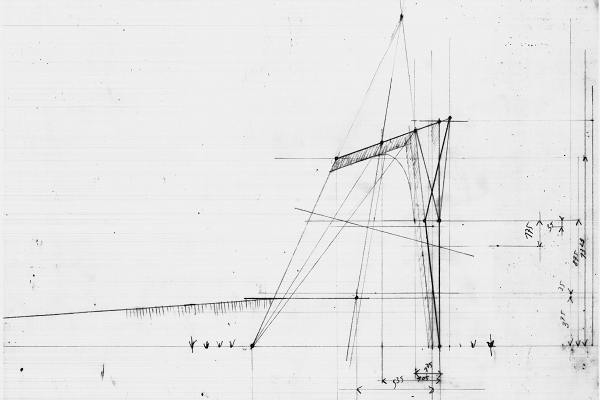 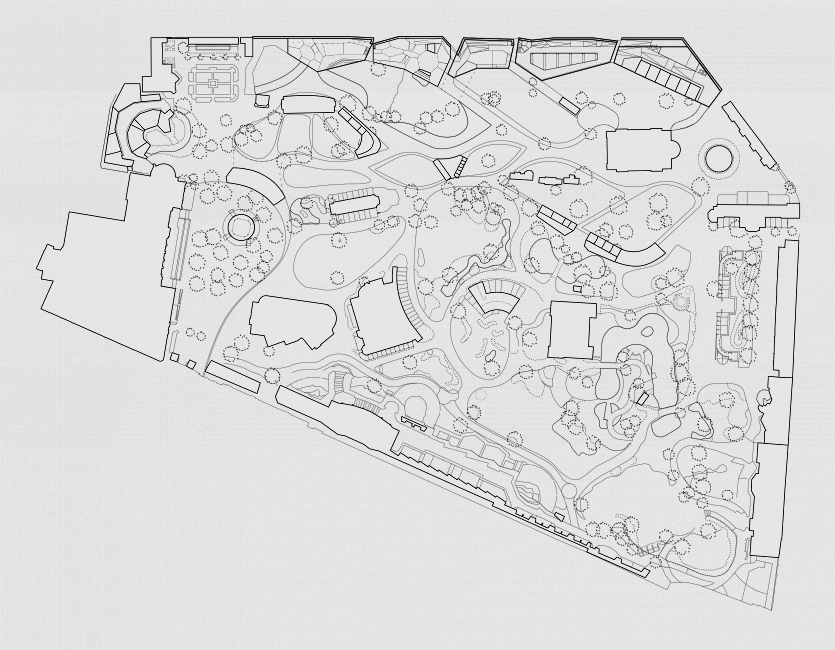 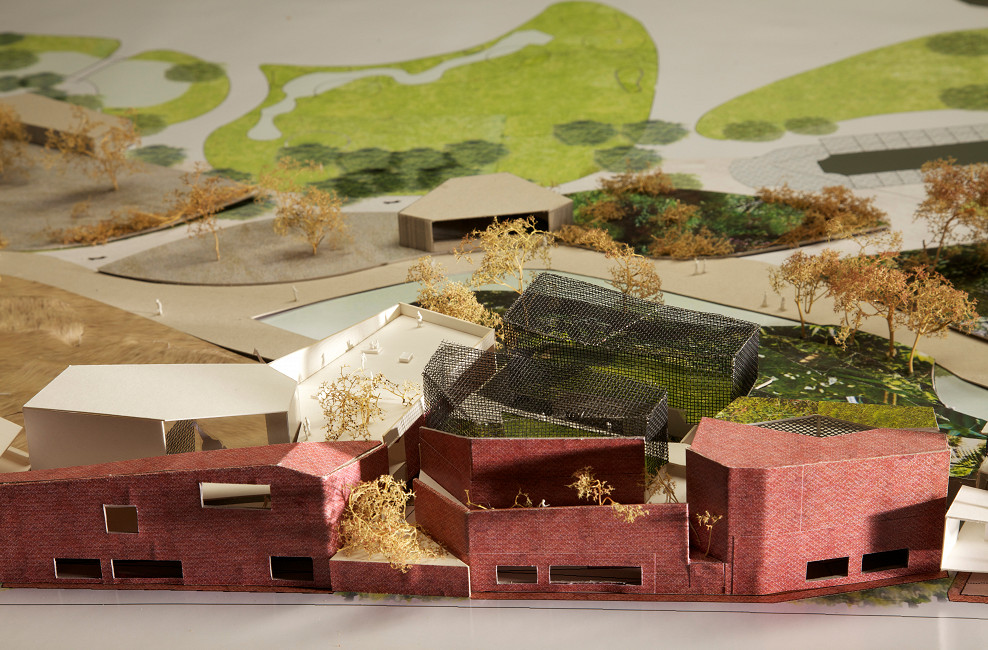 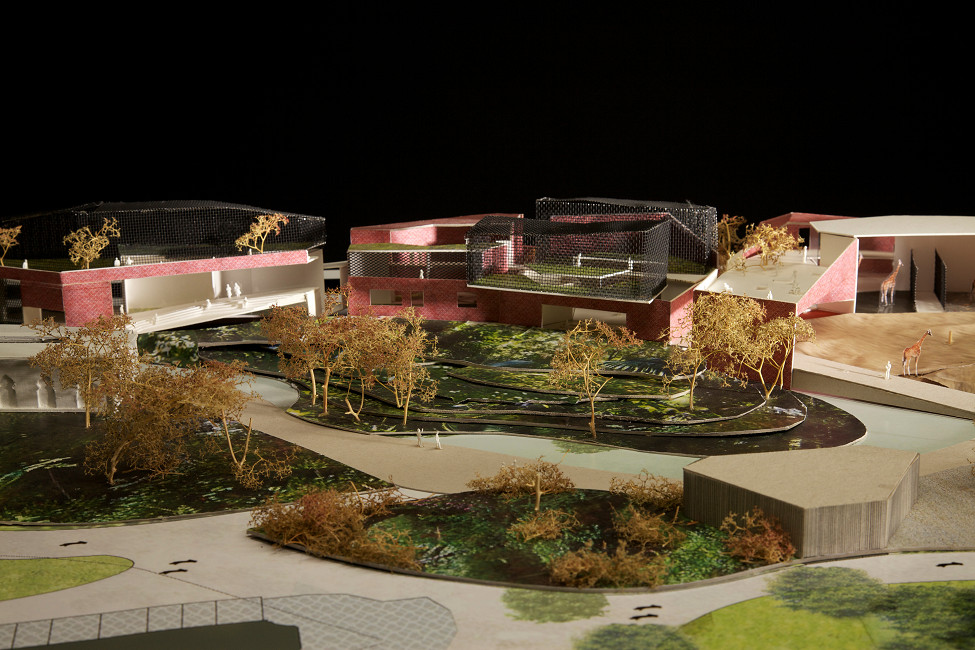 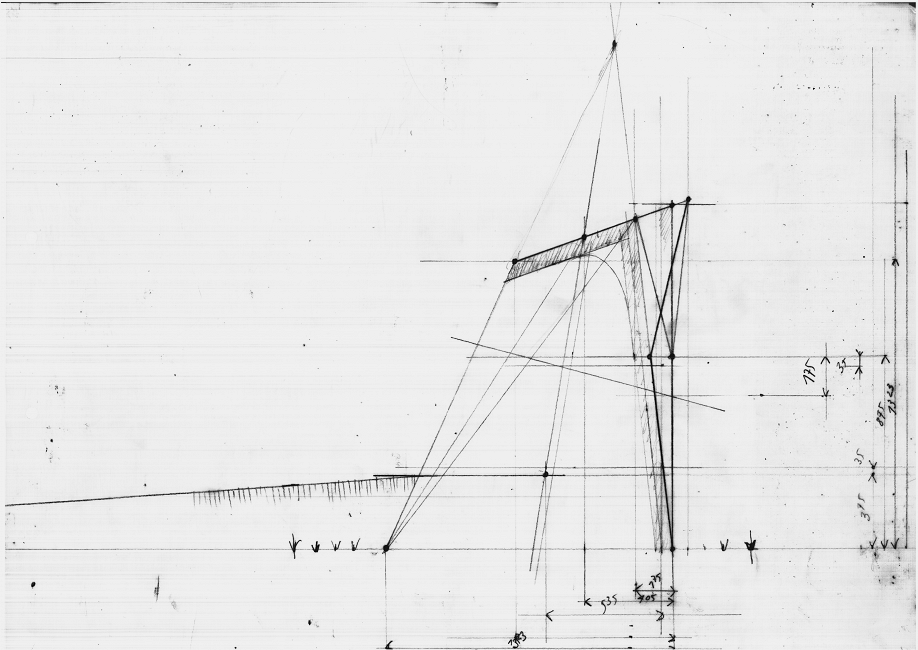 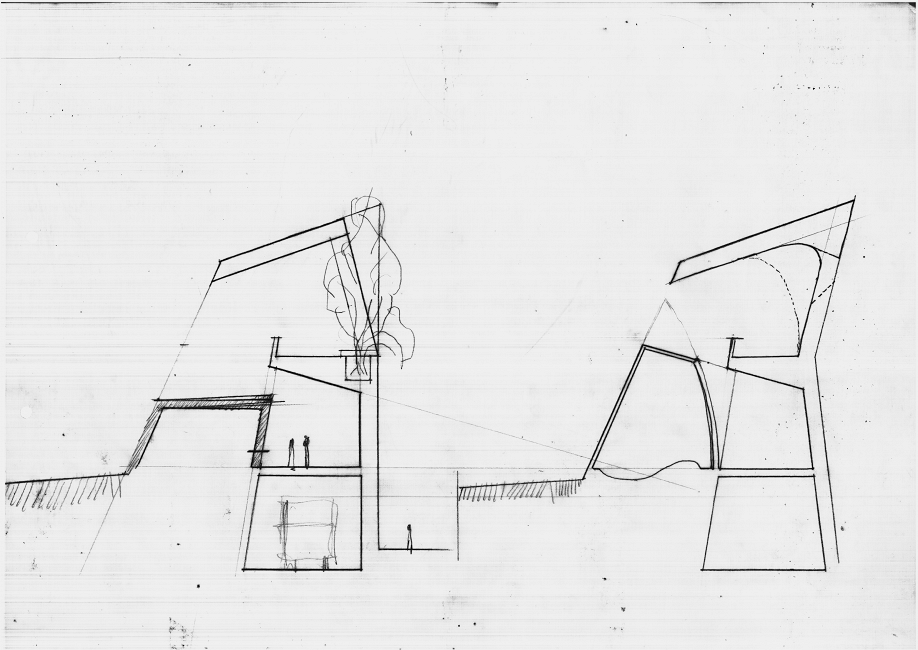 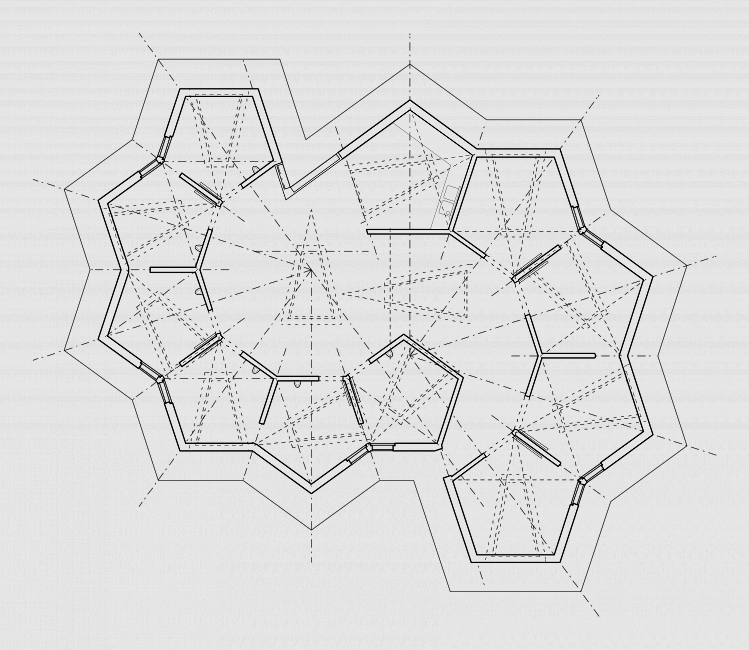 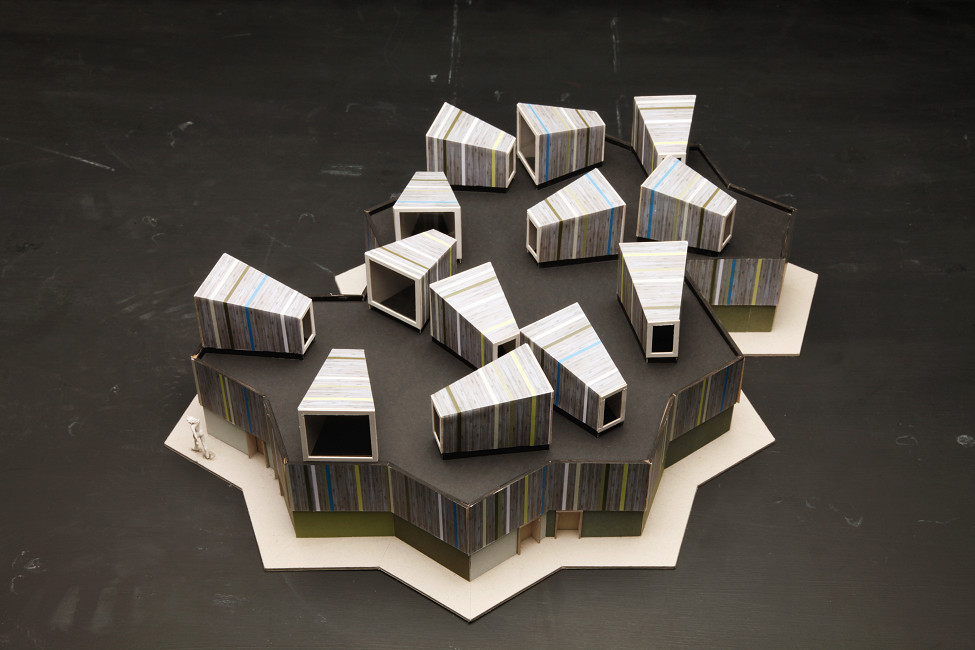 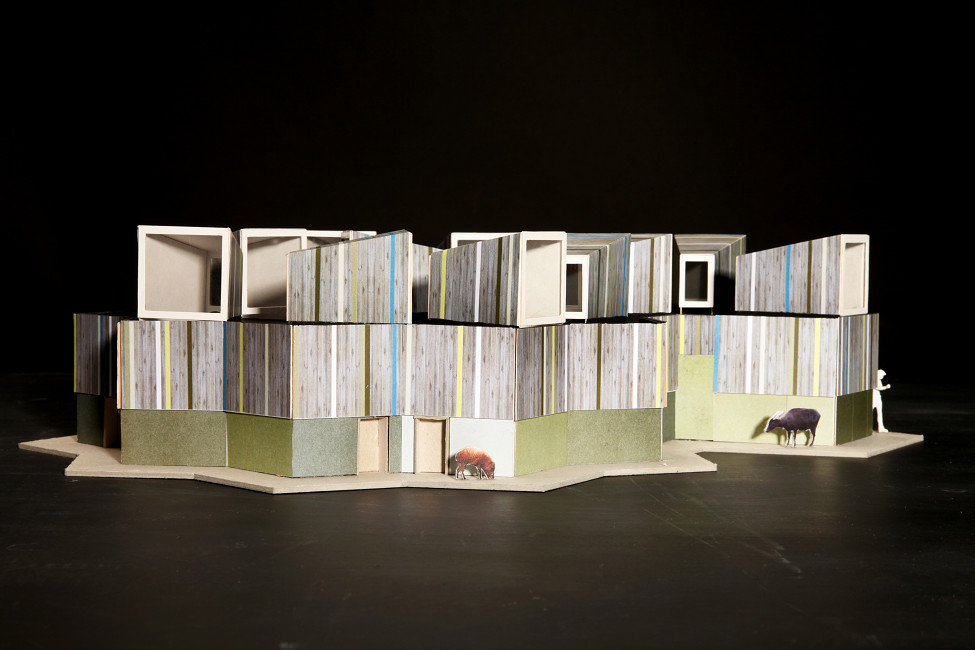 The Zoo - Introduction to the competition proposal

The garden as a landscape, like a park, like a theatre. Orchestrated. Staged. The garden wants to be the world, without being part of it. The zoo wants to be a collection of worlds, the beds are worlds. Biotopes, always adapted to their inhabitants.

Rudimentary, stripped of all frills.

The wall aims to strengthen the zoo as an “urban island”. The city as an archipelago of squares, churches, quays, a station and a zoo. Each with their own identity, each with their own rules. In that sense, it is impossible to talk about the zoo without talking about the city. The city survives on its islands.

Microculture. Microbiotope. The city with the quip of 'the uncontrollable jungle in relation to the directed garden. ‘Here’ versus ‘there’. Outside are the monsters. Inside are the animals. The zoo aims to be both Noah's Ark and Arcadia.

Lobs are teasers. Limbo. We're not quite there yet. Not yet. 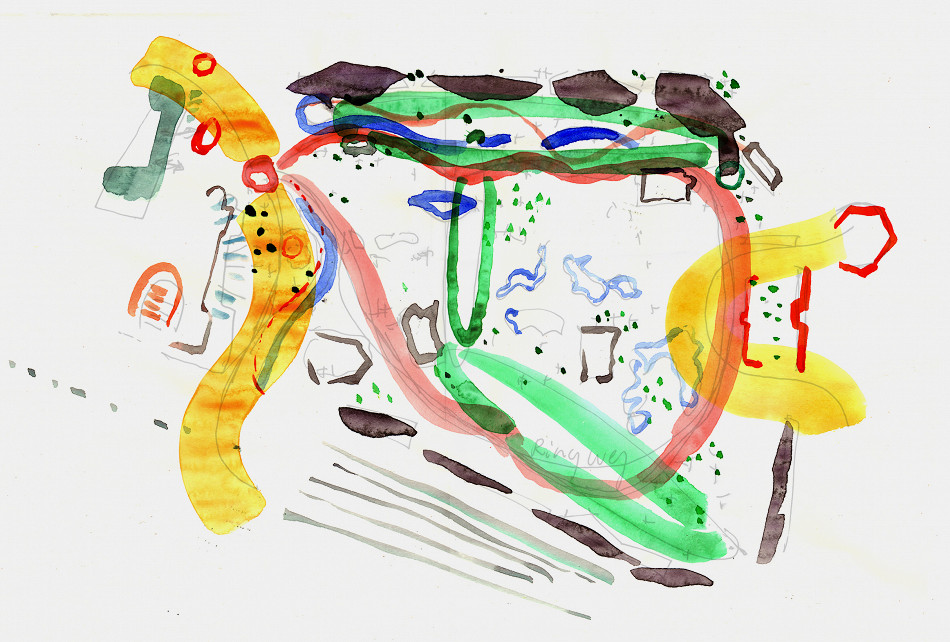 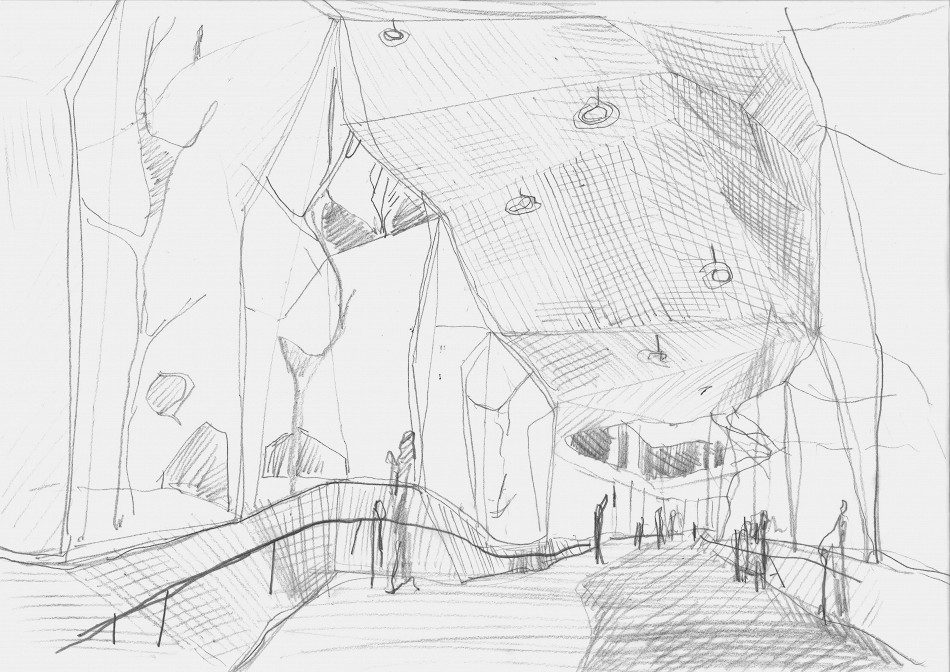 The Greenwich café is an iconic Grand Café in the centre of Brussels. Following discussions with the Royal Commission of Monuments and Landscapes of the District of Brussels, a Building Permit was obtained for the restoration of this listed building which was placed on the List of Buildings of Remarkable Architectural Heritage in 2000.The ground floor façade, the stained glass cupola above the Winter Garden, and the remarkable interiors of the... Read more
Zwin Visitor Centre
Knokke-Heist, Belgium
2010–2011

The Zwin plain is a border-crossing natural reserve located at the North Sea Coast. Robbrecht en Daem architecten were invited for an Open Competition to provide this natural reserve with new visitors’ facilities. The proposed visitor center comprised of a ticket office, museum shop, auditorium, restaurant, exhibition pavilion and observation pavilions, alongside viewing platforms, vehicle parking and a farm for the maintenance of the estate... Read more
Shopping Centre K
Kortrijk, Belgium
2005–2010

The shopping centre at Sint-Janspoort is a more sustainable counterpart to the large shopping centres on the outskirts of towns and cities and covers a whole block in the historical city centre of Kortrijk. With its interiorised street pattern and monumental atrium – the garden of light – this shopping centre forms a diagonal link between Steenpoort and Veemarkt. The tower closes off one end of the Romeinselaan. The volumetry of the block,... Read more
Parallel bridge crossing the Scheldt
Temse, Belgium
2006

The competition design for the Scheldt bridges in Temse forms a couple that connects a rich landscape with urban reality. In their appearance, the bridges are both related and contradictory. Their constructional expression is based on a basic model of civil engineering: the truss. In this way, the design of the new bridge enters into dialogue with the existing one. The latter has a dramatic expression that confronts solidity and mass. In contrast... Read more
Central Squares and Riverbanks
Deinze, Belgium
2009–2012

In the redevelopment of the city centre, the restored relationship with the River Lys forms the starting point. The presence of the Lys generates an enormous quality for the city: the watercourse is the bearer of urban identity. The course of the river defines the structure of the city centre. Contact with the Lys is made possible by the construction of a mooring quay, a promenade and a square in front of the Church, located on the bend of the... Read more
Close
Filter by type
Filter by status
Filter by category
Filter by tag