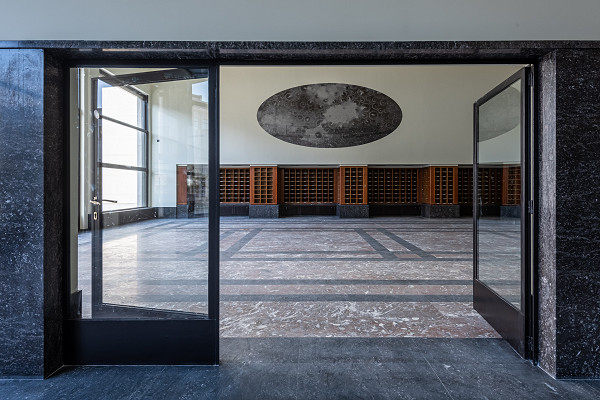 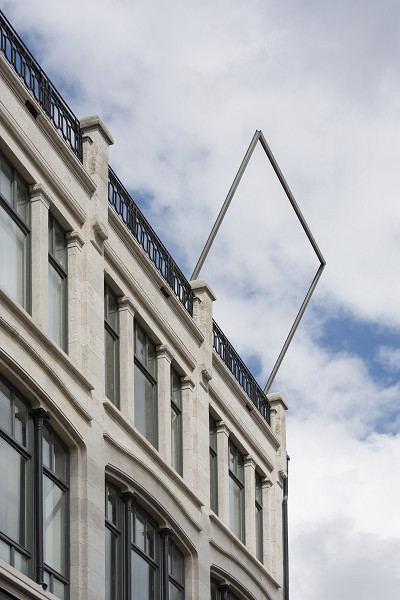 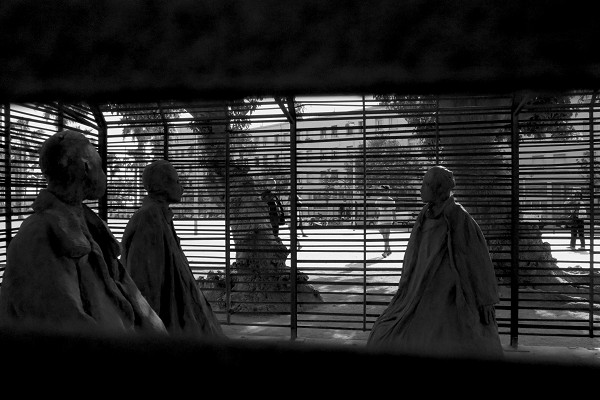 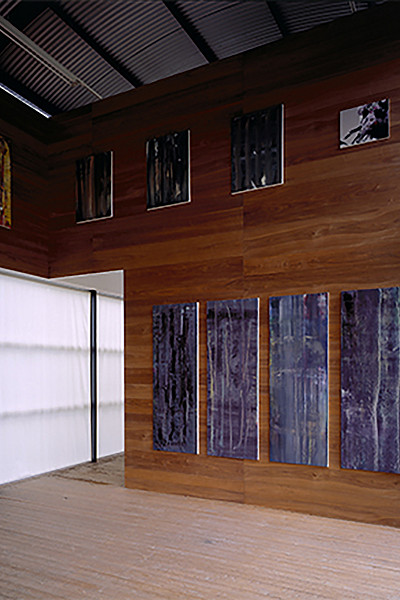 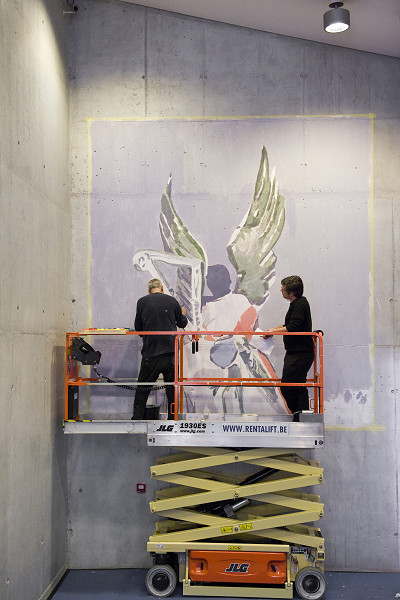 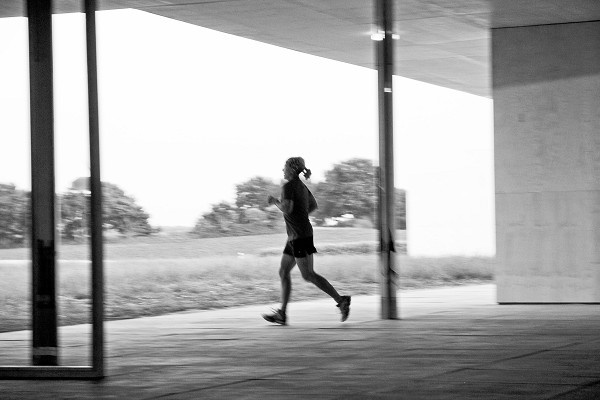 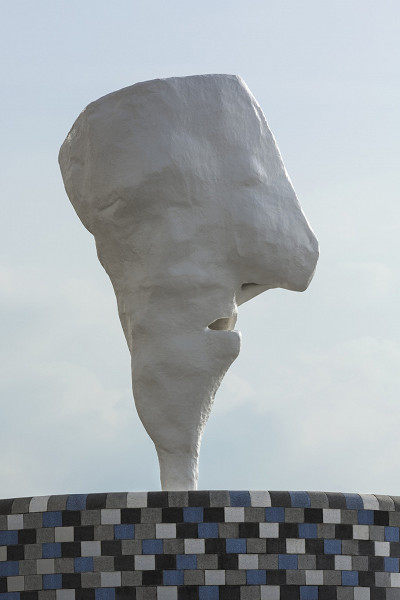 Within the renovation of the Centre for Fine Arts, Robbrecht en Daem architecten wanted to create for the Victor Bozar Café a world of modesty, a kind of microcosm or universe. One encounter that helped to highlight this intention was that with the artist Valérie Mannaerts (b. 1974). At the invitation of Robbrecht en Daem, she created Pleasure in Making (2016): three wall-sized and hand-embroidered curtain pieces that can close off a space at the back of the café during events or special occasions. On each curtain, a jagged, uneven rectangular shape - a drawn perspective of a folding screen - serves as the ground on which the artist has strung vivid drawings in coloured wool threads. The work is an eye-catching contrast to the totality of the café, a counterworld.
Robbrecht en Daem's invitation to Mannaerts was one of a very specific nature. They did not ask her to 'do something' in the café, but to specifically make a curtain for the rear space. The architects remembered with great admiration the curtains Mannaerts had installed in the same building three years earlier for her solo exhibition Orlando. However, the curtains for Victor Bozar Café differed significantly from those for the exhibition. The artist traded the abstract language of geometric configurations for a more narrative and figurative arrangement featuring floral and plant motifs, body parts, as well as household objects and furniture pieces.
Pleasure in Making was not Mannaerts' first creation resulting from an encounter between her and Robbrecht en Daem. Several years earlier, in 2013, they found each other within the exhibition project Route N16 - Public Places for Private Experience. The exhibition was a cartographic investigation that explored the boundaries of the public space along the N16 and paired artists with architects for this purpose. Robbrecht en Daem and Valérie Mannaerts formed one of six teams that created a work for a location in Puurs along the route. 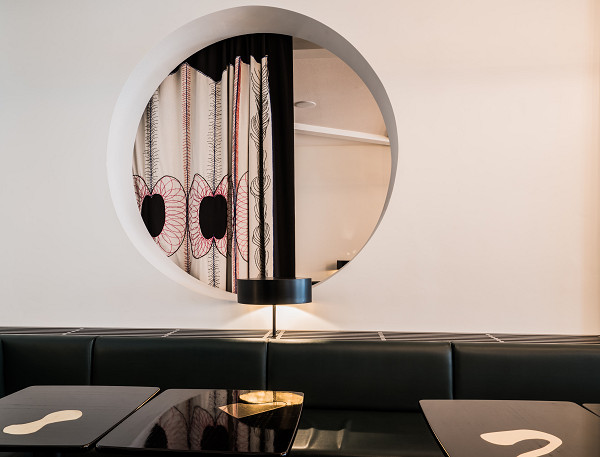 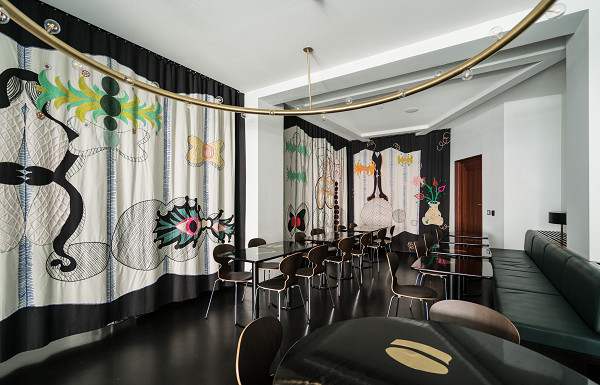 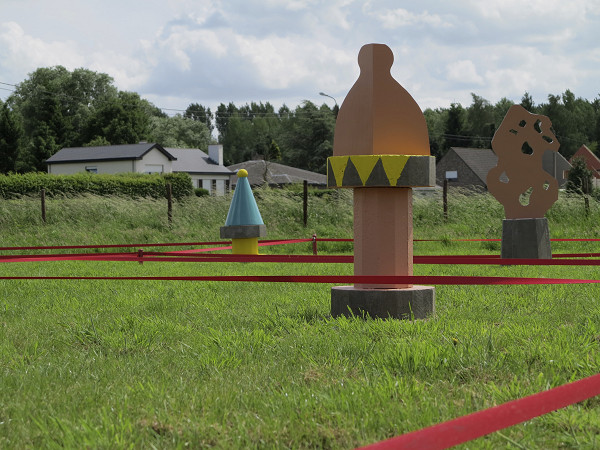